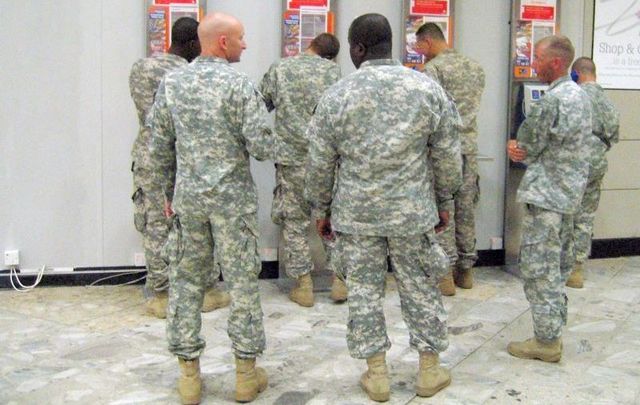 US troops pictured at Shannon Airport in August 2010. RollingNews.ie

There have been nine instances of US troops staying overnight at Shannon Airport since the Irish Government introduced Level 5 COVID-19 restrictions at the beginning of January.

The Department of Foreign Affairs told the Irish Examiner that nine American flights had stayed overnight from the start of January until the end of February, while Minister for Foreign Affairs Simon Coveney told the Dáil that 44 foreign military aircraft landed at the airport between January 1 and February 17 at a rate of almost one per day.

The troops stayed overnight at a Limerick hotel before departing for the United States the following morning.

One further planeload of American troops reportedly stayed overnight in Shannon on February 8 - four days after US authorities apologized for the incident in January.

People Before Profit TD Paul Murphy asked Coveney for the number of foreign military aircraft that had landed at Shannon Airport in 2021.

"Between 1 January and 17 February 2021, diplomatic clearance has been provided for landings of forty-four foreign military aircraft in Ireland," Coveney said.

The Minister said that 25 of the 28 military flights that arrived in January were from the US, while two flights came from the Netherlands and one came from Switzerland.

The Department of Foreign Affairs told the Irish Examiner that it advises all embassies accredited to Ireland of the country's public regulations, while the Department also informed US authorities that military flights were expected to adhere to restrictions.

However, the Department said that it does not monitor whether those staying overnight are complying with public health guidelines.

Paul Murphy said that US military flights should be banned but said that the Department of Foreign Affairs should at least enforce Ireland's COVID-19 regulations.

"I think all US military flights through Shannon should be banned, but the very least they need to do is enforce the COVID rules that are there, rather than just them asking nicely to follow the rules."