"You need to feel the pain the parents, students, and supporters of St. Paul’s are experiencing." 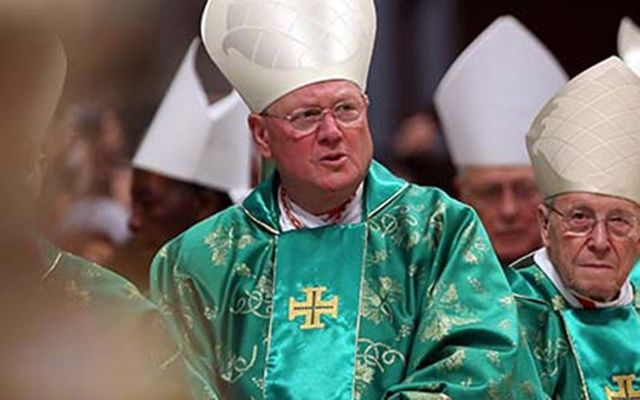 The abrupt closure of St. Paul's school in Yonkers during COVID has left parents and students shocked. The Archdiocese head is nowhere to be seen.

It's fair to say that the Catholic Church has a shrinking footprint in the United States.  Weekly Mass attendance continues to decline, vocations are at an all-time low, the sex abuse scandals are, in a word, disgusting, and many members of the flock are nixing church teachings and doing what’s right for them when it comes to issues like gay marriage and birth control, still taboo if you’re a “practicing” Catholic.

Make no mistake, the church has much going for it too.  It cares for the sick with tremendous skill and compassion; ditto the poor, the homeless, and many others in need.

Catholic education in America is a sought after prize.  The church oversees world-class universities like Georgetown, Fordham, Villanova, Boston College, and, of course, the hallowed Notre Dame.  Those institutions are seeded with many teens from Catholic high schools, which of course are greatly populated with kids from elementary schools with names like Our Lady of Victory, Resurrection, and St. Paul the Apostle, a grammar school in Yonkers, New York which has served its enthusiastic community for more than 50 years.

As you’ve likely read in the past couple of Irish Voice issues, the Archdiocese of New York abruptly closed St. Paul’s earlier this month, leaving a trail of shocked and saddened students, parents, and supporters who nonetheless are determined to keep their school open.  It’s one of 20 grammar schools the archdiocese pulled the plug on without any advance warning, claiming they couldn’t sustain themselves financially.

For starters, can we all agree that closing a school in the middle of a pandemic, and only weeks before the start of a new term, is so deeply un-Christian?

Worse, Cardinal Timothy Dolan, head of the archdiocese, has been missing in action since he announced, via a press release, that the schools would close.  St. Paul’s supporters have been pleading with the normally loquacious cardinal for a face to face meeting to state their case and to try and understand what suddenly happened to a school that showed no signs of financial stress.

Why won’t the cardinal meet with these members of his flock?  What could possibly be more important than showing personal kindness, respect, and compassion to people who are bedrocks of the church?

They don’t bite. They’d probably even treat the cardinal to a pint or two.  They just want answers from the man who the buck stops with, not rehearsed responses from his underlings or, worse, being told that immediate millions would be needed to save the school, an unachievable and frankly galling position to take.

Why didn’t the parents receive an adequate warning that their school was in danger months before the hammer dropped?  Was any consideration given to Covid-19 and the stress that it’s caused parents and students who, on top of all that, now have to seek out new schools?

The archdiocese was able to source at least $28 million from the federal Paycheck Protection Program.

Cardinal Dolan wrote a letter berating the attendant media coverage.  The money was not used to pay sex abuse settlements, he said.

“Without assistance from the PPP, many of our employers would have had no choice but to lay-off their employees, reducing the church’s ability to assist people in need, and forcing our people to seek unemployment.  That means your parish’s secretary, or the teachers in your child’s Catholic school, for instance, could easily have lost their jobs,” he said.

Well, the funding must not have stretched up to McLean Avenue in Yonkers, or any of the other schools with newly closed doors. And the cold, calculating attitude from the archdiocese is unacceptable.

Cardinal Dolan, you need to feel the pain the parents, students, and supporters of St. Paul’s are experiencing. You need to answer to them.  You – not your assistants – need to be accountable to them.

You’ve surely seen the extensive media coverage. How can you continue to ignore them?  So many former believers have run from the Catholic Church for myriad reasons, yet these faithful members continue to embrace it, though it must be hard given the callous way they’ve been treated.

Let them put forth, to you Cardinal Dolan, their plans to save their school.  Give them another school year to prove their determination.  Don’t give them an impossible task to raise millions in a matter of weeks. Give them concrete details on the current shortfall and find a way to push forward with love and compassion, just as the church teaches, for another year.  As we all know, the archdiocese can find money when it needs to.

Right now, for the good folks who love St. Paul’s, the need has never been greater.