"After some back and forth meetings and discussions they were finally given a figure. This figure is $1.5 to $2 million to be raised within three weeks." 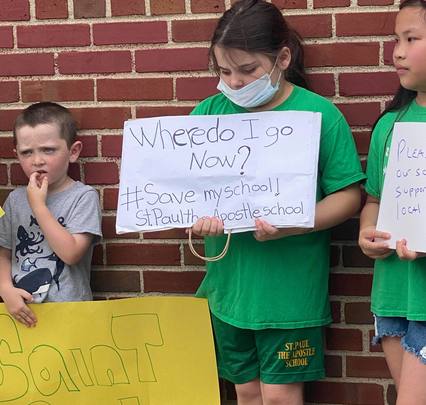 Children protest the school's closure outside St. Paul the Apostle in Yonkers.

Supporters of St. Paul the Apostle grammar school in Yonkers were presented with a virtually impossible proposal to save their school by the Archdiocese of New York – come up with about $3 million in three weeks, and the school can stay open.

Unless a miracle angel donor is willing to quickly fund the school which has served local Irish families for decades, St. Paul’s will close for good.  Crestfallen parents, students, and local supporters have vowed to fight on, but they realize that time is not on their side.

John and Siobhan Mitchell, two leaders of the widespread campaign to save St. Paul’s, had phone conversations last week with the archdiocese’s regional superintendent for its Westchester schools who outlined the $3 million figure.

“After some back and forth meetings and discussions they were finally given a figure. This figure is $1.5 to $2 million to be raised within three weeks. There would need to be another $1.5 million in escrow,” an update on the Save St. Paul’s Facebook page revealed.

“This $3 million total would be an agreement for the school to stay open for three years. When the Mitchells asked for an itemized list of why it would cost $3 million they were told the archdiocese couldn’t give it to them and to look at the school’s budget. As Mr. Mitchell stated in his update on the petition, this number is unreasonable and one that is not realistically possible to be achieved in the given time frame and current economic environment.” 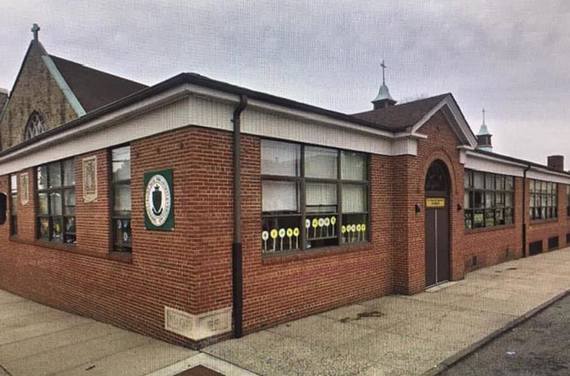 St. Paul the Apostle in Yonkers.

Siobhan Nevin, a St. Paul’s graduate and campaigner to keep the school alive, told the Irish Voice on Monday that the uphill battle continues.

“They definitely want us to go away but unfortunately for them, we're a pretty stubborn group. At this point it's a lot of research and trying to make connections with anyone that may be able to help,” she said.

The leader of the archdiocese, Cardinal Timothy Dolan, has greatly disappointed members of the St. Paul’s community by his refusal to meet with them.

“He definitely isn't caring for his flock. With everything going on in the world the church and its leaders are people that should make you feel safe. The archdiocese has made the St. Paul's community feel anything but safe,” Nevin says.

At this point, no further rallies or public events are planned by St. Paul’s supporters, but organizers are hoping to continue their campaign on social media.

“We want people to please tweet or message the archdiocese and their workers. Just because we're doing behind the scenes work doesn't mean we've gone away,” Nevin adds.

“Unfortunately for the archdiocese, a group of us has already committed to keeping the message out there even if St. Paul's doesn't open. They don't deserve to get away with something like this. We'll keep fighting to save the next school they're planning to do this to.”

“We were a viable school. The use of the pandemic as the excuse is a big slap in the face too. You can't blame the pandemic for everything. And with their response or lack of response it seems this was probably planned and the pandemic provided opportunity,” Nevin says.

In another letter to parents this week, Dolan warned about more school closures if Congress does not provide financial assistance.  Catholic schools were on the receiving end of some aid in March thanks to the CARES Act.

“If Congress does not provide assistance to our schools within the next few weeks before the school year opens, many parents may find themselves unable to meet even our modest tuition costs, and we will be forced to write you again announcing yet more school closures,” Dolan wrote in a letter urging parents to contact their federal representatives.