The bee’s knees! Monk learns great wisdom from his hive at Glenstal Abbey

How the beehives at Glenstal Abbey have shown this Irish monk the value of caring for other living beings. 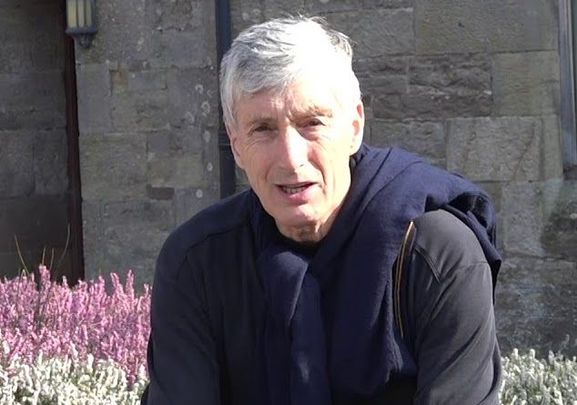 "I am now older and more respectful of the bees and their extraordinary adaptations to life on this earth."

I have looked after the monastery bees for the last forty years - or rather I should say, they have ‘looked after me’, keeping me company through the many ups and downs of life. I use the phrase, ‘looked after’ advisedly - at an earlier stage, I used the word ‘manage’ and described myself as a ‘beekeeper’ both of which I now see as misnomers.

Bees are not domesticated nor are they dependent on us for their welfare as cattle or sheep are - they are wild insects whose natural habitat is a hole in a tree - nor do we keep them - most ‘beekeepers’ do their best to ‘manage’  them.  Over the years we have complicated the art of looking after bees and now it can be a challenge to just keep a hive of bees alive.

I first developed an interest in bees when I was studying in Dublin and staying in a hostel in Palmerston Park. My room overlooked the well-kept kitchen garden with its two beehives. Periodically, Jack O’Brien,  a retired guard, came to inspect the hives. He wore a suit and tie and no protective gear. I peered out from the safety of my room. There was something about the way he worked with the bees that put them at ease. He got the odd sting, but it never bothered him. He was my first teacher. 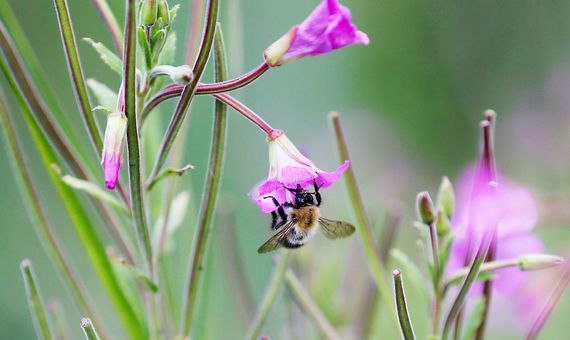 "Over the years we have complicated the art of looking after bees and now it can be a challenge to just keep a hive of bees alive."

When I returned to Glenstal, I was determined to start my own apiary. The abbot agreed to the purchase of six hives. Br. Eugene the bursar at the time, knew of an American woman living in Killaloe who was moving back to the USA and selling her equipment. We went to investigate. She and her husband were fastidious eaters. They never confused their bodies eating protein and carbohydrates at the same meal - any fish and chips. They ate bread and honey for breakfast, but no fry.

They ate so much honey that they imported it by the barrel. They served us tea, honey, and brown bread and we did the deal and as we began to load the six cedar hives she said, ‘take the lot’, which included many more hives, an extractor, feeders, bee suit - everything needed to set up an apiary! I was set up for a life of beekeeping.

Subsequently, I have thought a lot about that barrel of honey - I sell some honey in the Glenstal shop, but due to the vicissitudes of the weather I can never produce enough to supply the monks, not to mind the shop. I heard it suggested that if you add a little holy water to a barrel of water it all becomes holy. I wondered could the same principle apply - if I imported a barrel of New Zealand honey and added a jar of Glenstal honey...could I sell it all as Glenstal honey? Even my conscience wouldn’t cope with that sleight of hand. 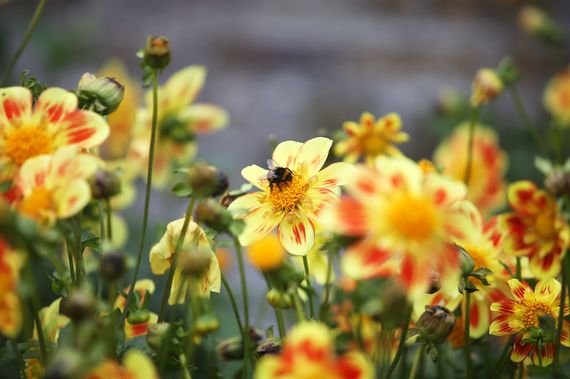 "I stood there, transfixed and marveled at this extraordinary creature that I had missed for forty years."

Having completed my beginner's course in Gormanston College, I began my beekeeping career, full of enthusiasm about how I would manage my bees. And I was definitely ‘keeping them’ at that time. I was an ‘interventionist beekeeper, aggressively managing my bees  - inspecting them and manipulating with little regard for the devastation as I ripped apart their home every ten days during the summer months.  I wanted them to produce as much honey as possible - totally ignoring the fact that their plan was quite different - they simply want to survive and reproduce.

Some years later I went to Ampleforth Abbey to study theology and took the opportunity to visit the most famous beekeeper in the world, Br. Adam in Buckfast. He was already in his eighties but still spent a full day (5.30 am start) with his bees. He had little time for talking about his theories but let me work with his wonderful assistant Peter Grace. Peter knew Br. Adam’s systems and taught me all he knew.

It was not long after this, that my bees contracted  American Foul Brood - a notifiable disease. The Department of Agriculture informed me that my hives would have to be destroyed - officials arrived and poured petrol into the hives and the fumes killed the bees. The hives were saved but had to be scorched.

I was reluctant to start again. Later that summer I was giving a grind in biology when there was a knock at the door. Someone was looking for me ...something to do with bees. His name was Joe. I peered under the arch and there was a battered, white hiace van and beside it a disheveled individual with a week’s stubble but with a very warm and open face. I introduced myself. He told me he was a beekeeper over in Bridgetown. He had heard about my bees. Then he uttered the unforgettable words, ‘no beekeeper should be without bees...I have two hives in the back of the van for you’. I could not believe it - he had somehow heard my bees were dead and brought me two of his precious colonies! I had no choice but to start up again. I later discovered Joe was a bachelor and has since died. I pray for him. 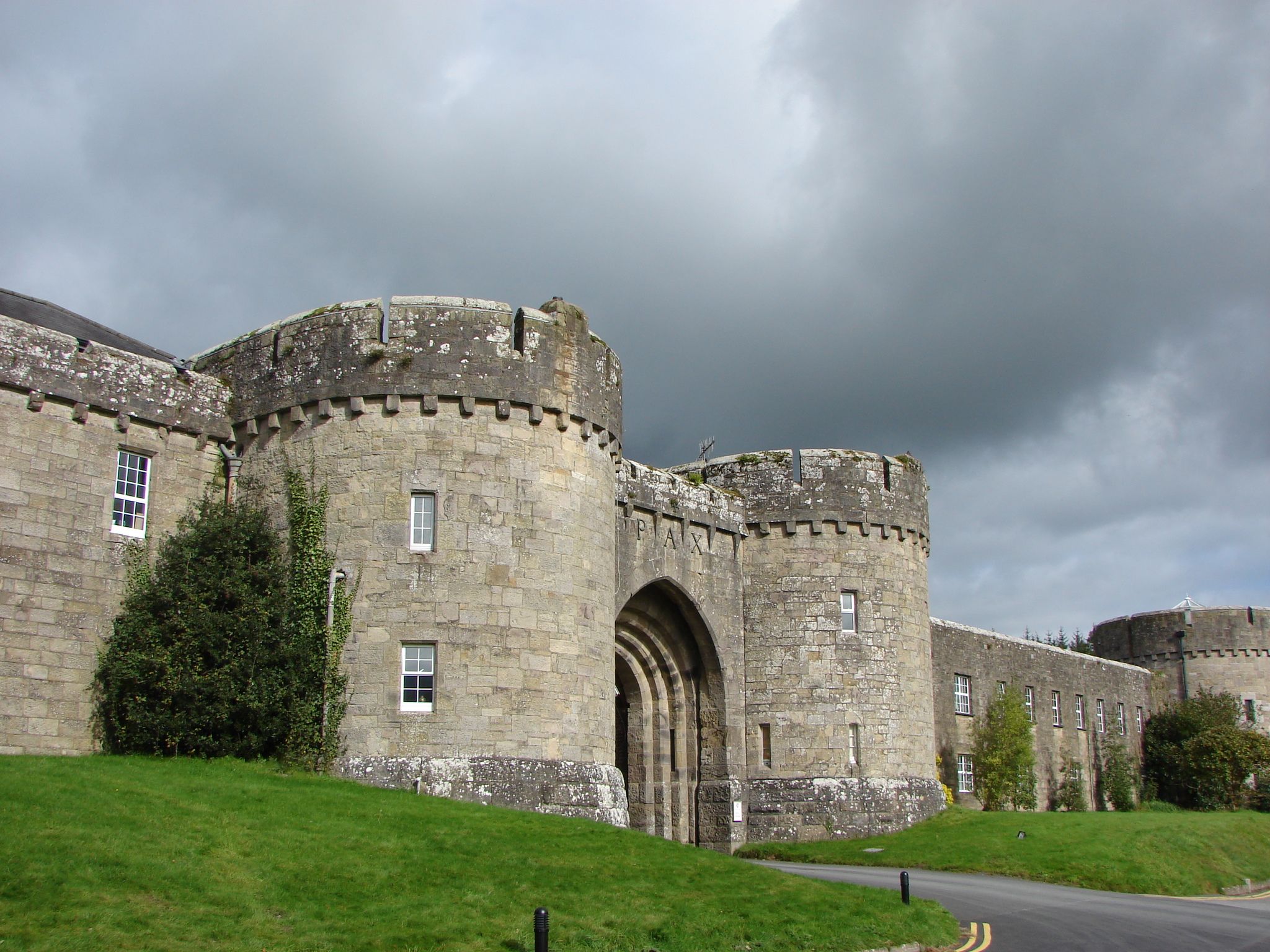 I am an undisciplined beekeeper. One of the first lessons I was taught is that all your equipment should be interchangeable. Instead of obeying this reasonable injunction, I have five types of the hive all of which require different equipment. I have the classic National Hive, the Commercial Hive, the Rose Hive (all boxes are the same), the Langstroth Hive, and a Top Bar Hive. Some of my hives are made of wood others of styrofoam.

I am now older and more respectful of the bees and their extraordinary adaptations to life on this earth. It has taken me nearly 40 years to repent (which means to pay attention)  and change my ways. I don’t know what prompted this change - maybe it was the fact that modern management techniques have contributed to the decline of bees and earned ‘beekeeping’ the dubious honor of being one of the first industrial agriculture systems to almost collapse. We blame mites, the weather,  farmers, and some of this is accurate but not all of it. We need to ask ourselves, what our part is in this?  The fact is, that many of us have lost the ability to look after, to care for, living things.

For too long I treated my hives as units of production much like dairy farmers talk about cows. Long gone are the days when each cow had a name.  We place bees in mono-crops to pollinate plant species and expect them to thrive on a diet of one food type. Drones (male bees) are often regarded as lazy, good for nothing except to mate the queen, neglecting the vital role they play in the colony. We only provide worker bee wax foundation reducing the number of drones. We tend to work against them rather than with them, focusing on making life easier and more profitable for the beekeeper rather than the bee.

But there was a more important moment for me five years ago. It was a summer’s day and a worker bee was resting at the hive entrance and I looked at it, looked at it again, and saw a bee, saw a bee for the first time. I stood there, transfixed and marveled at this extraordinary creature that I had missed for forty years - its beauty and design, fashioned over 50 million years. That is 48 million years longer than we have been on the planet. How had I not seen it before? I was blind for all those years,  thinking I was a ‘beekeeper’.

* Father Simon Sleeman is the beekeeper at Glenstal Abbey, in Murroe, County Limerick.