Petmania surveyed dog owners across Ireland to uncover the top names for puppies. 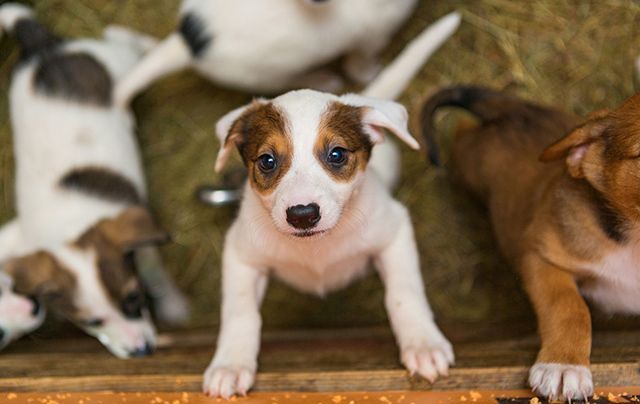 Petmania has revealed the top puppy names in Ireland. iStock

Irish-owned pet-retailer Petmania has revealed the most popular names for dogs in Ireland.

As part of its annual Puppy of the Year competition, the company surveyed over 1,500 pet-owners in Ireland to determine the most popular new dog names in the country.

Traditional dog names like Max, Rex and Scooby are still widely used, but the poll also showed a growing trend for Irish names such as Púca, Súile, and Poigíní.

However, the number one most popular puppy name this year is Luna, which moved up one place from last year. The name Bailey dropped one place to the number two spot, and the name Teddy dropped from fourth to fifth place. New entries Bella and Cooper made third and fourth place respectively.

According to Petmania's survey, the top-five most popular names for dogs in Ireland are:

The survey also revealed that Ireland’s most popular breed is the Golden Retriever, followed by Labradors, German Shepards, Cockapoos and Jack Russells.

The overall winner of the Petmania Puppy of the Year 2021 was 'Orca' a Great Dane from Sligo. This impressive pooch is in training to rescue whales, dolphins and seals, which inspired his name. As the winner, Orca won over €1,500 worth in prizes

Emily Miller from Petmania said,  “It’s such a delight to meet so many adorable puppies as part of the Puppy of the Year Competition and to welcome a new pack of pups to the Petmania Puppy Club.

"We look forward to getting to know them more and helping them, and their families navigate through all of the milestones in their first year. From vaccinations and nutrition to training and wellness, we’re here to ensure that every puppy has the chance to get a great start with free expert care and advice.”