Irish poet and musician Krunchie Killeen gives new life to “An Cúilfhionn” with his modern adaptation "The Cool One." 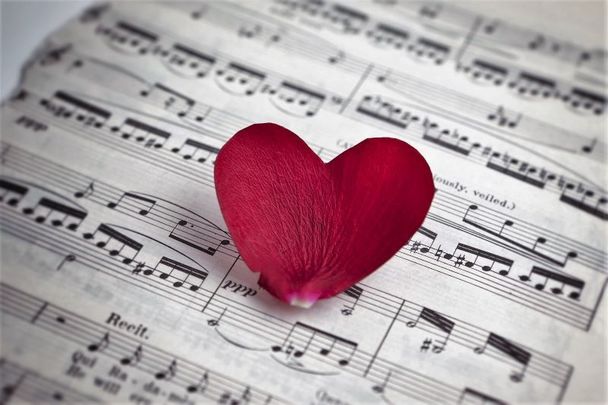 Irish poet and musician Krunchie Killeen gives new life to “An Cúilfhionn” with his modern adaptation "The Cool One." Getty Images

The Irish language lyrics extoll a young woman on whom “Bright beauty dwells for ever, On her fair neck and ringlets sleek." However, hair might be the only thing those lyrics actually have in common with the lyrics penned back in the 14th century!

Irish poet and musician Krunchie Killeen researched many versions in both Irish and English before penning his recently released version under the title of “The Cool One." He maintains that “according to folklore, The Coolun first appeared in the 14th century as a protest song against the English law (in the “Statutes of Kilkenny”) forbidding (along with many other Irish customs) a long hair-style popular with Irish men.”

The “Statutes of Kilkenny” were introduced in 1366 by Edward III to try to regain control over the Anglo-Irish in Ireland. It seemed they were in danger of becoming more Irish than the Irish themselves and had become completely unmanageable from across the water.

The “Statutes of Kilkenny,” were designed to bring Ireland back under the control of British based English royalty and nobility, and to keep the Anglo-Irish and the native Irish separate. Breaking these statutes was considered treason and punishable by death.

Some of the statutes forbade the Anglo-Irish to marry an Irish person; adopt an Irish child; use an Irish name; play Irish music; speak the Irish language; listen to Irish story-tellers; play Irish games; wear Irish clothes and also forbade Anglo-Irish men to wear their hair long in the Irish custom. The hair law was subsequently also extended to Irish men.

The original song, told from a young maiden's point of view, berated the Anglo-Irish who conformed to the “Statutes of Kilkenny” by cutting their hair and was a hymn of praise for a proud Irishman who remained true to the Irish ancestral custom. (The Gaelic title of the song “An Cúilfhionn” means “the fair-haired one.")

Krunchie tells us, however, “that the words of that protest song are long forgotten, and it is not even certain that the present tune is the same as the 14th-century one."

He further explained that “the tune was very popular with 18th-century harpists, who played it with many baroque elaborations and variations. It is now popular with pipers, flute players and fiddlers as a 'slow air' and as a result has become slow, sad, and somewhat funereal”.

Krunchie revives the air as a lively appreciation of a cool young woman, with new English words that, with modern brevity, reflect the sentiment of Muiris Ó Duagáin, the 17th-century poet’s Irish version which was a eulogy to an elegant young girl.

Krunchie’s new lyrics firmly anchor the traditional song in modernity while rendering homage to its heritage. He dismissed the tin whistle from his arrangement and promoted the electric guitar, the celesta, and the trombone as the lead instruments.

“The Cool One" by Krunchie Killeen

Have you seen the Cool One,
As she moved among the people,
Turning every head with her beauty
And spreading sunshine around with her beaming smile?

She is like a swan in her movement;
She is like a lily in her beauty,
And she holds my heart in enchantment,
And I care for nothing, but to be her devoted slave.

The wonderful thing is that when an artist makes a new adaption of a traditional Irish music masterpiece, along with encouraging discussion about the song and its origin, the new release touches a whole new audience. Since Ed Sheeran’s adaptation of “Galway Girl," how many people the world over have wondered why “She played the fiddle in an Irish band, But she fell in love with an English man"?

And going back to Edward III and his laws forbidding Anglo-Irish to adopt the habits and customs of native Irish people, history shows he definitely fought a losing battle on that particular field. The plan to completely separate the Anglo-Irish from the native Irish failed miserably. Irish history bears the record of Anglo-Irish men and women’s names, who took on much more than our habits and customs; those who put their British style education, skills, swords and pens to work severing Ireland from England. Wolfe Tone, Robert Emmet, Charles Stewart Parnell, Countess Constance Markievicz, W.B. Yeats to sprinkle just a few names. Roger Casement, an Anglo-Irish, British Diplomat was executed for high treason (3 August 1916); he swung from a rope for his prominent part in the Easter Rising's fight for Irish freedom.

It also seems that making men’s hairstyles conform to British or Western standards was often introduced in an effort to strip native people of their ancestral culture and identity. Native American Indians recount that the cutting of their hair was a way of showing dominance over them when they were sent to “assimilation” boarding schools in the late 19th century. They believe that the forced cutting of their hair, not only took away their identity but, like the biblical Samsun, it also reduced their strength. In the 1960’s hippy movement, young men (and women) spoke of revolutionary free ideas, the men’s long flowing hair forging their identity as a pacific, but a non-conformist force to be reckoned with.

Fashion comes and fashion goes, and some Irish men can still be seen wearing lovely long locks. I would love to see a choreography with the wonderful Fusion Fighters or Riverdance Irish dancers, featuring a line-up of handsome, proud young men, brandishing fabulous locks and showing thundering strength on the dance floor before romancing Irish lady dancers “like a swan in [their] movement[s]” and with “ringlets sleek” bouncing on their shoulders. I think Krunchie’s version of the “Cool One” could be an excellent accompaniment to such choreography and would pay homage to both the origin of the “The Coolun” and its palimpsest stamp on both the present and future.

You can find “The Cool One”, along with Krunchie’s other songs and compositions, on his blog here.