On This Day: Irish revolutionary Wolfe Tone is sentenced to death

Wolfe Tone, the father of Irish republicanism was sentenced to death in 1798. Here, a look at his personal life. 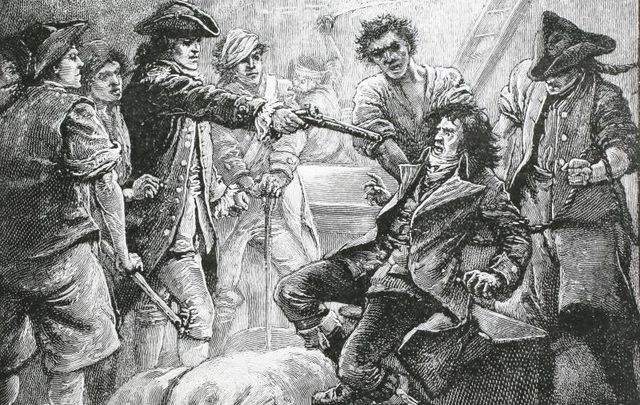 The capture of Wolfe Tone in 1798. Getty Images

Wolfe Tone, a native of Co Dublin, is remembered as the father of Irish republicanism. The leader of the 1798 Irish Rebellion, Tone was arrested and said in court that he was determined "by frank and open war to procure the separation” of Ireland and England.

Following his conviction, Tone requested to be shot as a soldier would. He was denied, and on November 10, 1798, he was sentenced to be hanged on November 12.

However, before he could be hanged, Tone’s neck was slit either by a suicide attempt or at the hands of British soldiers, it remains unclear. The revolutionary died on November 19, 1798, and is buried in Bodenstown, Co. Kildare.

Below, a look at Tone's early life courtesy of FindMyPast.

There's an extraordinary love story hidden in the pages of one of Findmypast’s new Irish record sets, the Dublin Registers and Records collection. A story about passion, loyalty and patriotic sacrifice for one of Ireland's most memorable heroes. 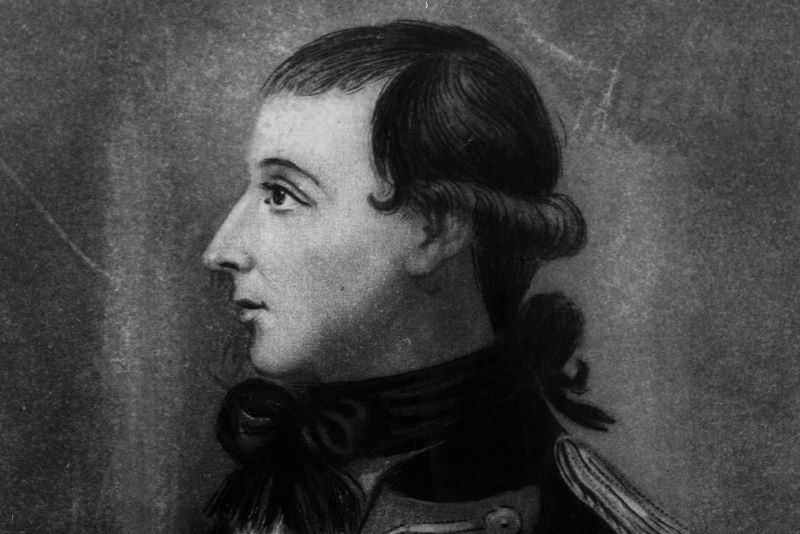 Read More: Remembering how Wolfe Tone's grave was saved on his birthday

More than 250 years after his birth, he is still heralded as a leading Irish revolutionary figure and one of the founding members of the United Irishmen, as well as being a leader of the 1798 Rebellion but his own extraordinary love story is sometimes forgotten.

In the summer of 1785, the 22-year-old Theobald Wolfe Tone married draper's daughter Martha Witherington. She was only 16. Theobald rechristened his wife Matilda. They were married by curate Edward Ryan on July 21 as you can see in the Marriage Entries from the Registers of the Parishes St. Andrew, St. Anne, St. Audoen, & St. Bride 1632-1800. The marriage would not be long lived, but Matilda would make sure that her husband's name was remembered for generations to come.

Wolfe Tone was one of the key figures in the United Ireland rebellion of 1798. Born in Dublin in 1763 his family was descended from French Huguenot settlers to Ireland. The son of a coach-maker who kept a farm near Sallins, County Kildare, Wolfe Tone studied law at Trinity College Dublin before going into politics.

The United Irishmen were inspired by the revolutions in France and America to fight for an Ireland free from English rule where Catholics, Protestants, and dissenters lived together in peace. Wolfe Tone appealed to the French to aid Ireland in her fight and set sail with a French fleet to bring men and arms to Ireland in 1796, but storms, indecisiveness, and poor seamanship prevented a successful landing.

The rebellion finally arrived in the summer of 1798. On May 24, rebels attempted to take Dublin and the surrounding counties but were quickly suppressed. The rebellion spread to Wicklow, Antrim, Down, Wexford, Kilkenny, and Meath but was unsuccessful. Wolfe Tone was captured in Buncrana in Donegal in October 1798. He was executed in the Provost's Prison in Dublin not far from where he was born.

The authorities came down hard on those who had fought against them and sometimes took great efforts to secure a conviction. You can see evidence of one attempt at stacking the deck in Findmypast’s England and Wales, Crime, Prisons and Punishment collection.

Contained in the miscellaneous criminal books of National Archives reference HO 130 is the case of Rex vs O'Cioghly and others. Father James O'Coighly was a United Irishman from Loughgall in County Armagh. The records show the selection of the jury for his trial, with panelists obviously selected based on their political sympathies. One man was rejected for being clearly sympathetic to the United Irishmen's cause.

Matilda Tone left Ireland after her husband was executed. She was only 23 and the mother of a young son. She moved to France and then on to America. It was there, in 1826 that she saw to the publication of her husband's autobiography and correspondence. Matilda worked to keep her husband's legacy alive until her death in 1849.