On This Day: Easter Rising hero Padraig Pearse born in 1879

The more you study the life of Irish rebel leader Padraig Pearse, the more elusive he becomes. 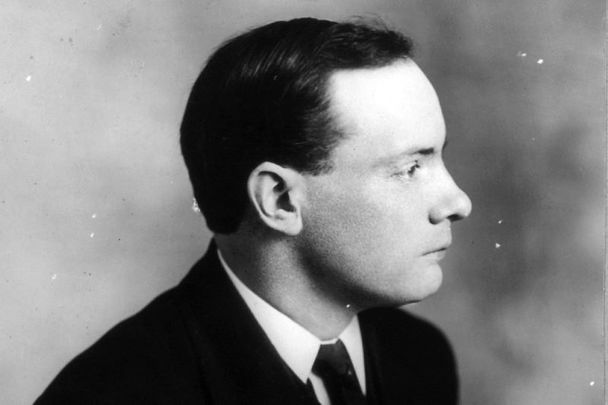 Irish rebel leader Padraig Pearse was born on November 10, 1879, and executed on May 3, 1916, in the wake of the Easter Rising. The more you study his life and work, the more elusive he becomes.

The poet W.B. Yeats, who knew Pearse reasonably well, famously thought him half-mad, a man “flirting with the gallows tree.”

In a letter to his sister, Yeats, who disavowed force of arms to achieve a united Ireland, wrote: “Pearse I have long looked upon as a man-made dangerous by the vertigo of self-sacrifice. He has modeled himself on (Robert) Emmett.”

But like many in the aftermath of the Rising, the Irish poet and his wider family saw their shock turn to anger when the British Army remorselessly executed each of the main insurrectionists one by one.

Like most Irish people their surprise at the evident madness of the Irish uprising was quickly surpassed by their revulsion at the overweening British response.

But there in the eye of the storm, from Easter week through to his last day alive on May 3, walked the mysterious figure of Patrick Pearse. He carried himself at all times, his contemporaries said, like a man in possession of secret knowledge, like the future moving through the present. It was as though he had somehow time-traveled to a far future date and saw his actions justified, his ideas vindicated and delivered on.

This was a knowledge that he could not have had on Easter week 1916, but he acted as though he did, and how his contemporaries felt about him and the Rising later largely depended on how much foresight they were willing to grant him.

Of course, the job of anchoring the Rising, of celebrating or diminishing its legacy, of saying what it meant and did not mean, is never-ending. It has been an argument amongst historians since the first Tricolor was raised on Easter Monday.

What is not debatable was the body count. About 54 percent of those killed in the Rising were civilians, another 30 percent were British military and police, 16 percent were Irish rebels, and 40 were children. More than 2,600 people were wounded.

It's a fact that most of the civilians that were killed died as a result of the British using artillery and heavy machine guns. The relentless shelling and the wildfires caused by incendiary shells left parts of inner-city Dublin impassible or in ruins.

The sheer scale of that bloodshed appalled Yeats, but Pearse rationalized it with his talk of blood sacrifice, in the kind of abstract militarist rhetoric that was actually widespread during World War I.

“The old heart of the earth needed to be warmed with the red wine of the battlefields,” he wrote in 1915. “Such august homage was never before offered to God as this, the homage of millions of lives given gladly for love of country.”

His messianic note is of its time but it is nonetheless disturbing. It leaves him open to Conor Cruise O'Brien's claim that “Pearse saw the Rising as a Passion Play with real blood.”

That is arguably true that he did, but there was more to it. The reason that debate over Pearse's character and true intentions have endured for a hundred years is that he has resisted every attempt made to diminish him.

Those who loathe him – and they are legion – must concede with those who admire him that he eludes every net which is cast to anchor his life and death. If he could baffle a poet as uncommonly attuned to a character and the cycles of history as W.B. Yeats he can baffle us all.

More than anywhere, his mystery is best captured by his portraits, each taken in profile, each capturing a weird light in his eye that suggests he is not quite of this world and not long for it. Even to look at his portraits is to be eluded.

But the central fact about him that his critics and even some of his admirers continually overlook is that it was not death that he sought but life, independent life for his own county.

He saw his death – and that of his fellow insurrectionists – as a price to be paid, a bargain to be struck, a sacrifice. It was a sacrifice that did not “make a stone of the heart” but would let it beat in unfettered freedom. To miss that, and many do, is to miss his challenge and his message.

We marvel at Pearse now the way we marvel at anyone who will put their life on the line in the service of a greater good. We marvel at his certainty too. How could he carry himself as though he knew he had achieved the independence for his nation that he had dreamed of?

What is most unsettling about Pearse is also what makes him so compelling: his foresight, his conviction, his willingness to put everything on the line for them.

A British soldier, who took part in some of the executions, said that Pearse whistled on his way to the firing squad. It was as if he knew something no one else did.

It always will be.