Atlas of the Irish Revolution - one of the greatest Irish history books ever?

Weighing in at a hefty 10 pounds, this remarkable book contains everything you ever wanted to know about Irish revolutionary history—but were afraid to ask. 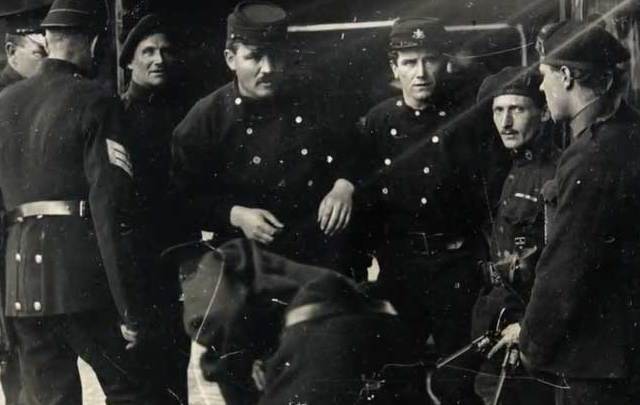 There is only one word to describe the "Atlas of the Irish Revolution": WOW!

"Atlas" is a remarkable, comprehensive work running 964 pages and weighing in at a hernia-inducing 10-pounds. This is not a book you curl up with—it’s too heavy—but a tome you set on the kitchen table to study and enjoy.

It also has stunning, sometimes disturbing, rare photos. Do you like maps? You've got maps, plenty of them. If you’re a chart man, you’re covered.

It is edited by John Crowley, Donal Ó Drisceoil, and Mike Murphy and features over 100 contributing writers, with a foreword by Irish President Michael D. Higgins.

About the only misleading thing about this book is its title because it starts way before Easter Week and goes right up into the time of the 'Blueshirts' in the middle-1930s.

"Atlas" starts with the Gaelic League in the 1890s and looks at the Ireland of that time, including her culture, her politics, her poverty, and her labor problems, which culminated in the 1913 Lockout in Dublin. It also shows how the early years of the Great War molded opinion in Ireland with Irishmen suffering heavy casualties at Gallipoli and the Somme. It also takes an in-depth look at how the Protestants of the North warily viewed their Southern counterparts.

The Easter Rising is covered extensively. The book then describes the years 1916-1919 where many topics served to drive the narrative in nationalist Ireland: by-elections, the threat of conscription, the suppression of a free press by the British, and the huge influence of the IRA’s women’s auxiliary, the Cuman na mBan. 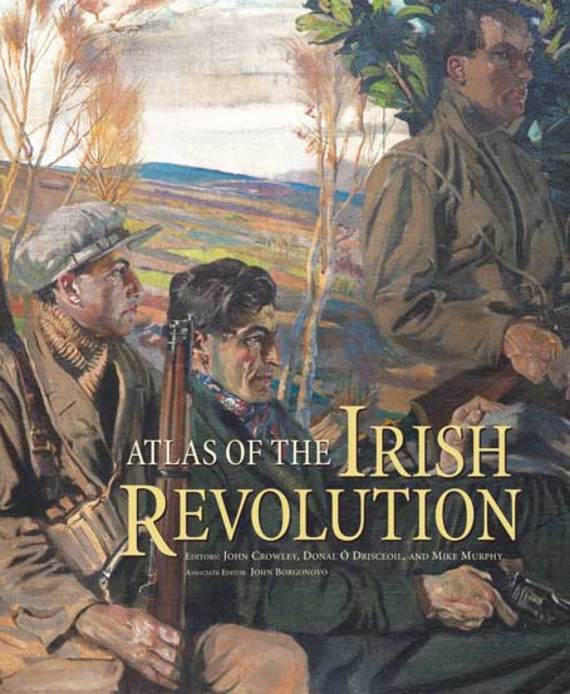 The bulk of the book looks at the years between 1919 – when the guerrilla war started in earnest – and 1923, the end of the Irish Civil War. There is a chapter called “Michael Collins and the Intelligence War” by Michael Foy that describes exactly what Collins was trying to do—basically, terrorize the British out of the country by targeting their eyes and ears: their police, their informers, and their intelligence services. There are some amazing maps of Dublin pinpointing the addresses of Bloody Sunday and even some of the ordinary, everyday addresses where you could easily find Collins in 1920.

There is also a chapter on “The Catholic Church and the War of Independence” that shows the ebb and flow of the church’s support for the rebels. Also described are the hunger strikes, the Dáil courts, and the Belfast Boycott of 1920.

The American connection is dissected with profiles of John Devoy, Judge Daniel Cohalan, Joe McGarrity, and their battles with de Valera while he was in America in 1919-20.

The Treaty and Beyond

The machinations around the Treaty are explored and noted Collins scholar T. Ryle Dwyer has a chapter entitled “Michael Collins and the Civil War.”

The Irish Civil War is chronicled at the Four Courts and the Battle of Dublin which led to the breached birth of the Irish Free State. The book pulls no punches in the extreme degrees the government went through to put down the anti-Treaty forces.

There is an extraordinary photo of the wedding of future Minister for Justice Kevin O’Higgins. In it O’Higgins and his bride are centered between de Valera and his best man, Rory O’Connor. A year later O’Higgins would order the execution of his completely innocent best man in reprisal for anti-Treaty atrocities. O’Higgins would pay the price in 1927 when he was assassinated by anti-Treaty men with long memories.

Life in the Free State

My mother used to have a saying: “We’re in a terrible state—we’re in the Free State!” and this book looks at the young nation and its terrible growing pains in the decade after the end of the Civil War. There is economic depression, outrageous censorship, and contrary to the Proclamation of 1916, Irish women were getting no respect.

There is a chapter called “Southern Irish Protestant Experiences of the Irish Revolution” and how Protestants—many of whom left the country—viewed the Free State and the massive influences the Catholic Church had on the new state. There are also pokes of insight in what was going on up North.

Finally, we see the resurrection of Eamon de Valera and his taking power in 1932 and the subsequent counter-punch manifested by the rise of the Eoin O’Duffy’s Blueshirts—basically Ireland’s answer to the Nazis or Mussolini's blackshirts.

"Atlas of the Irish Revolution" is published in Ireland by Cork University Press (€59) and in the United States by NYU Press ($75).

*Dermot McEvoy is the author of the "The 13th Apostle: A Novel of Michael Collins and the Irish Uprising" and "Our Lady of Greenwich Village," both now available in paperback, Kindle, and audio from Skyhorse Publishing. He may be reached at dermotmcevoy50@gmail.com. You can follow him on his website and Facebook page.