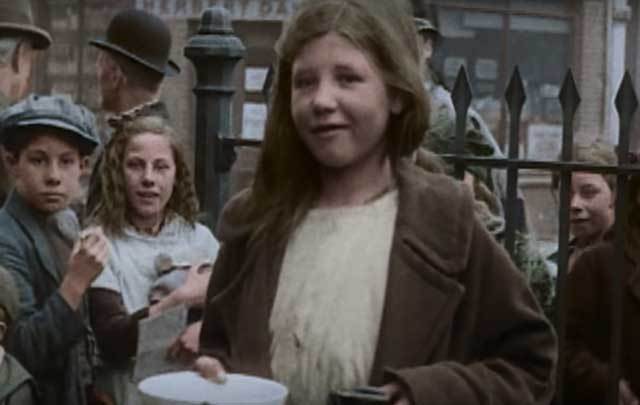 Pathé has colorized their film footage of the Irish revolution and made it into a feature-length documentary.

"Revolution in Colour," which examines the years from the turn of the century to the end of the Civil War, was made using the same techniques used for the groundbreaking television series "World War II in HD Colour."

The 90-minute film, which is narrated by "Downton Abbey’s" Allen Leech, includes footage of the the funeral of Jeremiah O’Donovan Rossa, the aftermath of the Easter Rising, the Treaty negotiations and the shelling of the Four Courts which started the Civil War, and features historical figures such as Michael Collins, Patrick Pearse, Edward Carson, and John Redmond.

The Irish Times reports that British Pathé had tired to make a similar film in 1935, but were stopped from doing so by the government under Eamon de Valera.

At the time, Pathé had sent the government 43 reels of film, which were then confiscated.

According to historian Kenneth Shonk, from the University of Wisconsin, Fianna Fáil was uncomfortable with some of the footage from the Civil War because at that time the party was trying to escape the “shadow of the gunman.”

Shonk told a recent conference: “When viewed within the context of 1920s and 1930s Irish politics, the desire to suppress this visual archive can be seen as an act of political survival, for the recalling to memory of the militant past of certain party figures could threaten Fianna Fáil’s tenuous but increasingly influential position of leadership within the Irish Free State.”

Luckily, Pathé kept the negatives which now constitute much of the footage in the new documentary.

The film, which is scripted by Trinity College Dublin historian Eunan O’Halpin, is the result of a collaboration between the British Pathé archive and Zampano Productions.

“When you watch black and white, you are detached from the personalities and the history,” said director Martin Dwan. “There is something about color that triggers empathy with people.”

The full documentary can be viewed on the subscription channel britishpathe.tv.