Jeremiah O'Donovan Rossa published the United Irishman while he was exiled in New York in the late 19th century, using the paper to promote the cause of Irish national liberation from British rule. 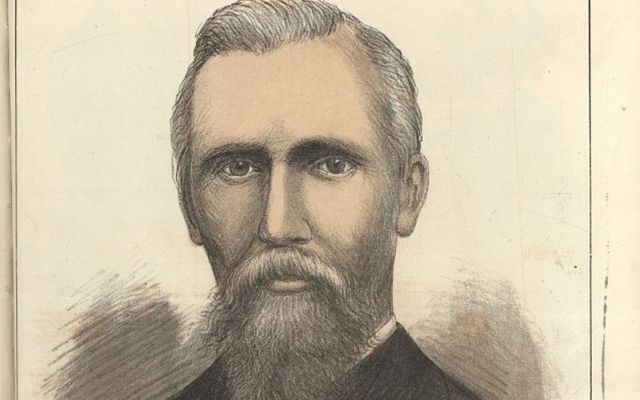 O'Donovan Rossa achieved legendary status after his death in 1915 when thousands of people attended his funeral in Glasnevin Cemetery. Houses of the Oireachtas Twitter

Over 450 editions of Irish Fenian leader Jeremiah O'Donovan Rossa's United Irishman newspaper are now available to read online after the Irish Government digitized every edition of the paper published during the 19th century.

O'Donovan Rossa published the United Irishman while he was exiled in New York in the late 19th century, using the paper to promote the cause of Irish national liberation from British rule.

The Oireachtas Library has now digitized almost 500 editions of the newspaper, making every copy published between 1881 and 1900 available to read online.

O'Donovan Rossa, whose death and funeral inspired a huge republican propaganda movement, founded the newspaper in 1881 after he was exiled to the United States as part of an amnesty in 1870.

The paper was circulated on both sides of the Atlantic and served as a medium for raising awareness for the Irish nationalist cause, including an attempt to raise money for O'Donovan Rossa's "skirmishing fund", which sought to raise funds for an armed campaign against the British authorities.

The Fenian leader was an advocate for "scientific warfare" against the British authorities in Ireland, namely the use of dynamite throughout English to force the British Government to withdraw from Ireland.

His stance was controversial and his paper came under criticism when a young boy was killed during a bombing campaign in 1881.

Published between 1881 and 1910, the United Irishman was also a source of news, social events, and cultural content, while it also sought to maintain a strong bond between Irish communities in the United States and their native land.

The paper contained widespread coverage of New York affairs, including features on local politics and elections. The United Irishman also covered the affairs of Tammany Hall - a New York political organization with strong ties to the Democratic Party that was dominated by Irish-Americans.

The #OireachtasLibrary has digitised Jeremiah O’Donovan Rossa’s newspaper – The United Irishman, written while he was exiled in New York in the late 19th century. Check out the related exhibition here: https://t.co/yyR2LeAX81 pic.twitter.com/fYIaxIQZCk

O'Donovan Rossa's paper additionally dedicated full pages to political events in Britain and Ireland, including the Land League as tenants organized for better rents or outright ownership of their property.

Furthermore, the paper shines a spotlight on the Irish immigrant experience in 19th-century America and often promoted Irish culture as the "Gaelic Revival" kicked off toward the end of the 1800s.

O'Donovan Rossa's publication was collected and stored by the Chief Secretary’s Office in Dublin Castle, which served as the home of the British administration in Ireland. Officials posted in Dublin Castle studied the United Irishman to keep a close watch on republican activities.

The Oireachtas Library has digitized 491 editions of the newspaper between 1881 and 1900. Editions published between 1900 and 1910 are yet to be digitized.

O'Donovan Rossa continued publishing the United Irishman until he fell seriously ill in the later years of his life. He died in 1915 in St. Vincent's Hospital, Staten Island, and his death soon ignited a huge republican propaganda campaign.

His funeral, which took place in Glasnevin Cemetery on August 1, attracted thousands of people and became famous for Patrick Pearse's graveside oration, which issued a stirring call to arms to Irish republicans.

Pearse's speech became one of the most influential of the Irish independence movement and became known for its closing line.

"Ireland unfree shall never be at peace."

The digitized version of O'Donovan Rossa's United Irishman is available here at the Oireachtas Library.