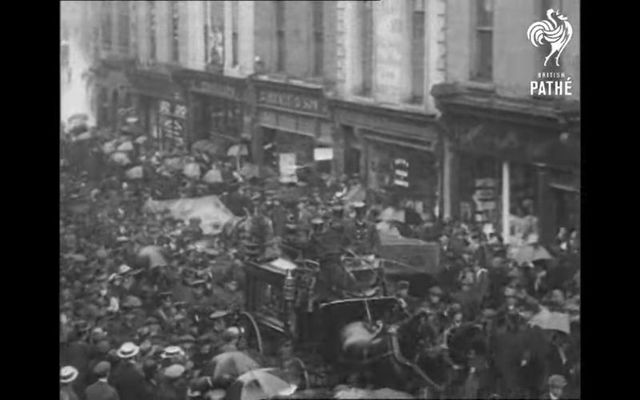 Jeremiah O'Donovan Rossa, Irish Fenian leader and prominent member of the Irish Republican Brotherhood, was buried in Dublin on this day August 1, 1915.

The body of the Irish Fenian leader lay in state in Dublin City Hall before being removed to Glasnevin Cemetery on August 1, 1915, where Padraig Pearse delivered his famous graveside oration, which ends with the lines:

Along with Pearse, James Connolly, Eamonn Ceannt, as well as the wife and daughter of Jeremiah O'Donovan Rossa, were in attendance at the funeral in Dublin. British Pathe has shared historic newsreel of O'Donovan Rossa's lying in state.