Michael Collins wrote to his friend Diarmuid Fawsitt on August 19, 1922, dismissing the Irish American threats, saying "let them all come." 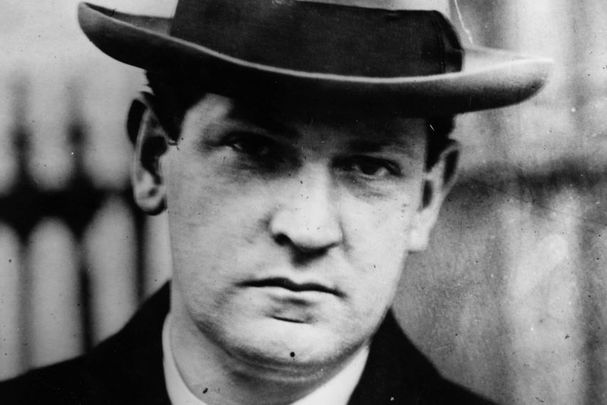 Michael Collins dismissed threats from anti-Treaty Irish Americans in a letter to Diarmuid Fawsitt written on August 19,  1922, just three days before his death.

The correspondence between Collins and Fawsitt was included in a tranche of materials donated by Fawsitt's family to Cork City and County Archives in 2019.

Fawsitt, a friend of Collins, was a technical adviser for the Anglo-Irish Treaty negotiations, archivist Brian McGee recently told the Irish Times.

Elsewhere, Fawsitt served as the first Consul of the Irish Republic to the US from 1919 - 2021, and after independence, he was a senior civil servant in the Department of Industry and Commerce, and a judge of the Circuit Court.

On April 5, 1922, Fawsitt wrote to Collins saying he had received copies of cablegrams, “presumably from James K. McGuire of New York.”

McGuire, the Irish Times notes, was a leading figure in New York with Clann na Gael, an Irish republican organization in the US that was a sister organization to the Irish Republican Brotherhood (IRB), of which Fawsitt was a member and Collins was the leader.

The second read: “Pay no attention to cable message this morning; investigation shows no foundation for warning; all well.”

“I quote these for your information, as they seem to me to show that our friends in the States are becoming somewhat panicky and alarmed on account of the political and military developments here, of which, no doubt, the American papers carry full, if not exaggerated stories these few weeks past.”

In his response penned on August 19, 1922, Collins thanked Fawsitt for sending him the messages.

Collins wrote: “I would ask you as a personal favour to tell him [McGuire] that he need not waste his time nor his energy in inducing any of the American Irish not to come here to slay Dick Mulcahy and myself.

[Mulcahy, the Irish Times notes, was pro-Treaty, like Collins.]

“I have not the slightest doubt that we should be able to stand up to such gentlemen as we did to other gentlemen of the same persuasion for two or three years.

“It is a pity they did not show the same desire to come and help us when we were all fighting for our lives against the British.

Collins concluded his letter: “Please tell this to Mr. James K. McGuire just as I put it, and tell him that my message to his friends is - ‘Let them all come.’”

The letters between Fawsitt and Collins are among many that have been digitized and are available online from the Cork City and County Archives.

Cork City Archivist Brian McGee told the Irish Times: “Fawsitt, who was born in Cork in 1884 and died in 1967, was fastidious in keeping material relating to his involvement in many causes and organisations, and his papers have been kept with care over generations by his family and is a valuable addition to our archive collection.”