Who was the Irish poet W.B. Yeats?

WB Yeats is one of the most celebrated literary figures to ever emerge from Ireland. 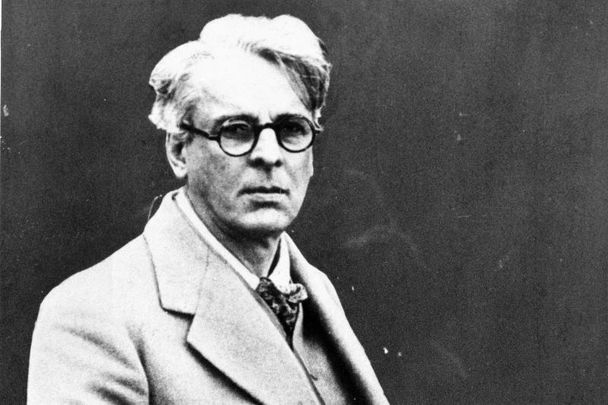 A renowned poet and founder of the Abbey Theatre, William Butler Yeats is one of the most celebrated literary figures to ever emerge from the island of Ireland.

The Dublin-born poet was a driving force behind the Irish Literary Revival in the late 19th century and scooped the Nobel Prize for Literature in 1923 for his "always inspired poetry."

A staunch nationalist, Yeats was a key figure in the renewed growth of Irish nationalism in the years leading up to the 1916 Rising and the subsequent War of Independence.

In fact, a number of Yeats' most celebrated works are synonymous with Ireland's struggle for independence, most notably "September 1913" and "Easter 1916".

Yeats launches a scathing attack on the Irish people in "September 1913" where he condemns their lack of national pride.

The poem's refrain, "Romantic Ireland's dead and gone, it's with O'Leary in the grave", is one of Yeats' best-remembered and most-quoted lines.

In "Easter 1916", meanwhile, Yeats deals with the fallout from the Easter Rising, poignantly singing the praises of the fallen leaders of the rebellion while simultaneously asking whether armed conflict was the right course of action.

It is arguably Yeats' magnum opus and the poem's refrain has left an indelible mark on Irish culture.

There are few Irish people who haven't heard the famous line; "All changed, changed utterly, a terrible beauty is born."

But Yeats' work was not confined to Irish nationalism.

He wrote about a broad number of topics, including his old age and his unrequited love for Maud Gonne whom he was infatuated with.

But one Yeats poem stands out above all others, even "Easter 1916".

That, of course, is "The Lakeisle of Innisfree", which deals with Yeats' longing to escape the hustle and bustle of city life and relocate to an island in the middle of Lough Gill in Sligo.

The poem evokes powerful imagery of an island brimming with peace and tranquility and it received widespread critical acclaim.

The poem has become a mainstay in Irish culture and even features in Irish passports.

Yeats' consistently excellent poetry saw him scoop the Nobel Prize for Literature in 1923 and was credited with giving expression to the spirit of a whole nation through his writing.

Outside the world of poetry, Yeats was one of the founding fathers of the Abbey Theatre, which now stands as Ireland's national theater.

The Irish Literary Theatre later evolved into the Irish National Theatre Society which bought premises in Dublin and opened the Abbey Theatre in 1904. Yeats' play Cathleen ni Houlihan, an overtly nationalist play about the 1798 Rebellion, was performed on the opening night.

The Abbey would continue to favor productions that exhibited a strong sense of nationalism thereafter, stoking up nationalist sentiments among the Irish people.

Yeats also stepped into the world of politics in 1922 when he was appointed a Senator for the newly-established Irish Free State and served in the role for six years.

In the late 1920s and early 1930s, he showed his support for emerging fascist movements throughout Europe and the Irish "Blueshirt" movement closer to home.

Yeats opposed individualism and saw democracy as a threat. He even wrote three marching songs for Eoin O'Duffy's Blueshirts.

This unfortunate inclination towards authoritarianism somewhat tarnished his legacy, but he remains one of the most import literary figures to ever emerge from Ireland and he is just one of four Irish writers to ever win the Nobel Prize for Literature.

He died at the age of 73 at the Hôtel Idéal Séjour, in Menton, France in 1939. He was survived by his two children, Michael and Anne, along with his wife Georgie Hyde-Lees.

Molly Malone Day - What's the truth behind the iconic Dubliner?