The Irish American roots of Festivus

"Festivus is as Irish American as Wren Day is Irish," explains Tom Deignan. 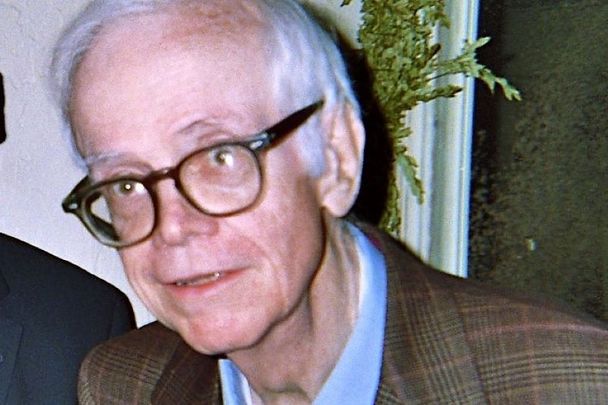 As an Irish American, one of the joys of the holiday season is listening to folks from Ireland go on and on about the glories of Christmas back home.

But no! That's not in the spirit of the season.

Still, whatever the crass American Christmas season may lack in cozy charm, you have to admit we make up for it in other ways.

Some here care so much for Christmas they have launched a “war” for Christmas. Because, obviously, there are others waging war “against” Christmas.

And, for those who want a taste of other cultures, here in the U.S. you can hang with folks who celebrate Hanukkah. Which, this year, was a lot closer to Thanksgiving. Which is not confusing at all.

Then there’s Kwanzaa, which runs from December 26 to January 1. Which means you could throw one heck of an Irish-African St. Stephen’s Day bash.

And then, of course, there is Festivus. Which is a kind of perfect way to celebrate the merciful end of 2021, and gird ourselves against the doom and gloom looming right behind it.

Festivus is also as Irish American as “Wren Day” is Irish.

For those who don’t know, it was 24 years ago now that the prophets of the beloved TV sitcom Seinfeld aired the ninth season episode titled “The Strike.” That’s when Jerry’s kooky neighbor Kramer returns to work at a bagel store after walking off the job a decade earlier.

That’s not the weird part. The weird part is when Kramer learns that another pal’s dad has invented a holiday called Festivus to counter the hectic, over-commercialized miseries of Christmas.

There are even beloved rituals -- the airing of grievances, the feats of strength.

Ah, but just like the Christian history of Christmas blurs with various pagan traditions, so too the roots of Festivus grow more murky -- and Irish -- the further you investigate.

To do so, we must journey further back in time, to a more foreboding era and location.

This is not the sunny, sandy shores of Springsteen lore. This is the gritty concrete jungle of immigrants and their children. Squint and you can see Ellis Island.

That’s where a chieftain named Daniel O’Keefe was also fed up with traditional Christmas. And so, he would rise slowly. And begin to sing, “Lean into the melody with extra brio and the thickening Irish brogue of his grandfather,” as one Festivus chronicler put it.

O’Keefe would growl out a version of “Kevin Barry,” about the Irish rebel detained at “Mountjoy Jail, one Monday morning.”

The gruesome, depressing song turns out to be an important part of Festivus -- “it’s true theme song,” actually -- but just one part. This at least according to the records left behind by Dan O’Keefe Jr.

He managed to scale the walls of Jersey City. And make his way to a place called Harvard before hitting the road to sunny California where he found work in TV writing on shows like The Drew Carey Show.

Oh, and Seinfeld. And in 1997, he preached the first words of Festivus.

Now, like all prophets, Dan O’Keefe and his father did not actually know what the future held. But with the dueling wars for and against Christmas, with Covid, and with the North Pole about to melt thanks to global warming, it seems we need an Irish Festivus miracle now more than ever.

Of the song “Kevin Barry,” O’Keefe Jr. once wrote, “It combines all the elements of Festivus in one sweaty knot: celebrations of injustices past, the sense of being surrounded by enemies, a brave…refusal to even cooperate with anyone…fierce nationalism, a worship of death.”

So enjoy whatever you celebrate -- Festivus, Christmas, “the holidays.”

This may be our last. Kevin Barry and Kramer and the other horses of the apocalypse are clearly on their way.