For most Irish people, the day after Christmas - St. Stephen's Day - is a big night out in the pub. 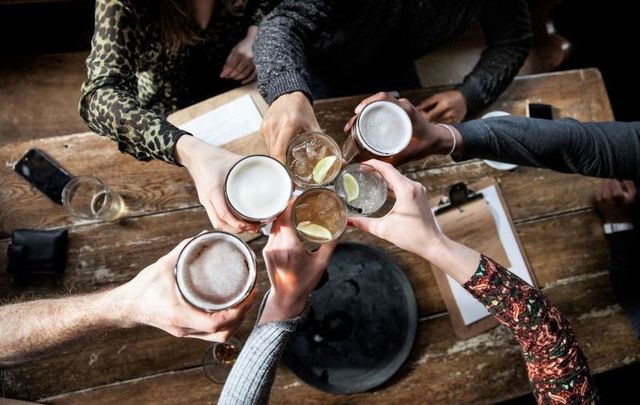 For most Irish people, the day after Christmas is a big night out in the pub. g

For many in Ireland, the holiday season actually begins the day after Christmas, which in the south they call Saint Stephen's Day but further north they call Boxing Day.

*Editor's Note: This column was first written in 2015. Unfortunately, for 2021, St. Stephen's Day in Ireland is set to look different as the hospitality sector must close by 8 pm under COVID health measures.

On that night, the whole of Ireland visits their local pubs, even the most confirmed teetotalers, meaning that for one night those locals bars become a sort of vivid mix of arrivals terminal, town hall, and refugee center. People you haven't seen for decades, people you thought were long dead, can fetch up on that one night. It's enough to make a sociologist’s head spin.

It's as if there's a national edict that says all returning Irish emigrants - home for a few fleeting days to visit their families - must abandon the warm embrace of their hearth and home for a few hours to brave the much more nuanced welcome of their wider community.

They are given just this one night to account for themselves, with the ultimate aim of dazzling the old crowd with their worldly success and newfound sophistication. "Where are you now?" is the only question people want to be answered.

But it's a dangerous sport this, as our dramatists and writers have long noted, because when you return you must confront why you left, and that can be deeply unsettling.

The agreed script says that all you have to do is get gussied up and throw a few bucks around on drinks for all. Just get through it. Tell them what you do and how well it pays and make it sound important and then listen to them regaling you with similar tales.

It rarely plays out without an unexpected and unwelcome wrinkle, though, because Ireland is not a rich country and the kind of dramatic personal changes in fortune that make for good rags to riches stories are just not that common in real life.

Most people go abroad and do mundane stuff like work in finance or engineering or construction or health services. Not many of them win Oscars or Nobel Prizes. So they end up having to choose between how things look and how things are.

But the pressure to outdo your old self means putting a brave face on the new one. Facebook will be your greatest ally in this effort. Girls go online and strike all the same weird celebrity-style poses, boys make victory signs or give the finger to the camera to suggest that they're both rebellious and raking it in. Social media becomes their communal resumes.

How do you talk about what really needs to be said on such nights? The answer is you do not because you cannot. Instead of communication, you have competition. There's a reason why every ex-pat Irish community worldwide has a GAA pitch. It's our most accepted currency. We prefer to have all our conflicts refereed.

It's a subject for only the bravest sociologists this, the amount spent by young Irish people on looking good for the Boxing Night national masquerade.

The Irish have an agreed ideal of success but they don't notice that they do. They don't even notice how much of it – the bling, the costumes, the swagger – have long ago passed their sell-by. In their effort to be the smiling person in the Instagrammed picture it's amazing how much of themselves gets airbrushed out.

The truth is that Christmas is mostly an old rag and bone shop filled with empty hourglasses. It hurts a bit, Christmas, people are lying to you when they say it doesn't. But it's beautiful too in its own way because it's located somewhere between imagination and reality, where most Irish people live.

But the thing is they have less and less chance to see that now, thanks to the idiotic ritual of Boxing Day bluster.