The most beloved Irish Christmas traditions according to YOU

For many Irish people, Christmas wouldn’t be the same without these treasured traditions. Which one’s your favorite? 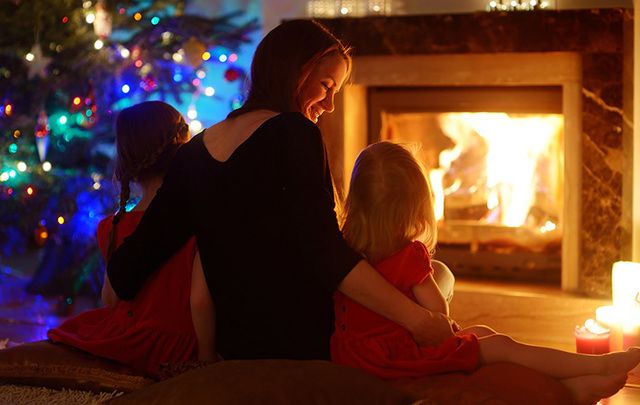 For many Irish people, Christmas wouldn’t be the same without these treasured traditions. Which one’s your favorite? iStock

No one does Christmas quite like the Irish, with traditions and celebrations galore. But with so many traditions surrounding Christmas in Ireland, it’s hard to know which are the most popular and beloved.

IrishCentral polled our readers back in 2015 to find out which of the Irish Christmas traditions really make the season.

Over 500 of you voted, and the results? Midnight Mass was the clear winner!

The complete results are below, and honorable mention must go to the truly beautiful Christmas tradition of placing a burning candle in the window of your home – a symbol of warmth and welcome. Mary Robinson, Ireland’s first female president, re-popularized the tradition when she placed a lit candle in the president’s residence, Áras an Uachtaráin, shortly after being inaugurated as president in 1990, as a gesture towards the millions of Irish around the world.

Which of the following is your favorite Irish Christmas tradition? Share your thoughts in the comment section at the bottom of the page.

If you’re looking for a church packed to the rafters, look no further than any church in Ireland at Midnight Mass on Christmas Eve. This is a huge social gathering where family, friends, and neighbors who you may not have seen all year come together and celebrate Christmas.

With Christmas carols being sung and, often, live music being played, Midnight Mass in Ireland is a great place to catch up with old friends and get in touch with the local community at Christmas.

This tradition is one of the most special for families celebrating Christmas around the world. While not uniquely Irish, it’s a favorite across Ireland, as kids leave treats out for Santa and his reindeer, and winking parents get to steal a cookie from Santa later.

Looking for a good Irish recipe for Santa’s cookies this year? Try these melty chocolate chip cookies made with Kerrygold butter.

In the US, a fruitcake is pretty much a joke. You’ve heard the one about the fruitcake that gets re-gifted every year, right? But in Ireland, Christmas cake – which has a fruitcake base – is not in the least bit funny. Christmas cakes in Ireland are delicious works of art, with brandy-soaked fruit, crumbly sponge, and sweet almond icing. Want to experiment with making one of your own? Ireland’s culinary grande dame Darina Allen has the perfect recipe.

Christmas is one of the few days of the year where you can spend most of the day in your pajamas and not feel in the least bit bad about it. You’re too busy opening presents, drinking hot chocolate, watching Christmas films, and prepping for dinner to care. Still, it helps to have a nice and presentable pair, which is where the tradition of Christmas pajamas came from. Plus, they make for the best (read: silliest) family Christmas photos.

Whether it’s in the safety of your own sitting room or door to door in the neighborhood in a group, caroling is one of the surest ways to put yourself, and others, in the Christmas spirit. In a country with as rich a musical heritage as Ireland, it’s no wonder caroling is popular – especially when there are gorgeous Irish Christmas songs like the "Wexford Carol" and "Fairytale of New York." To learn some Irish carols and hymns, read more here.

Many an Irish child has, at one point or another, fled the Christmas dinner table in tears when the time came to pull the Christmas crackers, terrified by the loud bang they produce when pulled. But as we all eventually learned, that was a mistake, because inside the brightly wrapped crackers are toys and trinkets, paper crowns, and jokes to make the whole family howl with laughter (or collectively roll their eyes).

Pubs in Ireland are packed during the holidays (read more about the 12 Pubs of Christmas below) with people off from work and home for the holidays out to celebrate and reunite. Christmas Eve can be an especially busy night, as people pop in before or after Midnight Mass and get one last night out before the family-centric Christmas celebrations begin.

So, of course, the tin whistle, the fiddle, the bodhrán and the uilleann pipes make an appearance for a few songs. This tradition is especially big for the Irish who live abroad and who have come home for Christmas, because nothing quite says you’re home like a pint at the local, sitting by the fire while neighbors you’ve known your whole life fill the room with tunes you’ve known your whole life but haven’t heard in ages.

This started off with aunties, grandmothers and relatives handing over the most hideous sweaters as presents for Christmas, but somehow Christmas sweaters have turned into a competition on the streets of Ireland. The woollier and more ridiculously decorated the better.

During penal times a group of soldiers was about to be ambushed, having been surrounded while they slept, but a group of wrens pecked on their drums and woke them. Thus, the wren became known as “The Devil’s Bird.” To insure the bird's treachery isn't forgotten, on St. Stephen’s Day (Dec 26) people process around, going door-to-door with blackened faces and wearing old clothes, and carrying a dead (now more often fake) wren on top of the pole. Then, crowds of "strawboys" dressed in straw suits and masks march to celebrate the wren and are known as the wren boys.

While this tradition is no longer as popular as it once was, it endures in parts of Ireland and is a uniquely Irish way to spend the day after Christmas. Read more about the wren boys here.

The 12 Pubs of Christmas is has taken Ireland by storm in the past ten years or so. Originally only the most dedicated of drinkers would take on the difficult task, but more and more we’re seeing all sorts of Christmas parties join the fray – from office parties (big and small) to friends and family reunions.

12 Pubs of Christmas is essentially an extended bar crawl. Over the course of an evening you, along with your brothers and sisters-in-indulgence, visit 12 bars and attempt to have a drink in everyone. “Christmas jumpers” or sweaters and Santa hats are the uniform of choice for the soldiers of the 12 Pubs and every weekend in December you will see very merry Santa Clauses and Mrs. Clauses in every town in Ireland. To top things off, each stop on the pub crawl comes with its own set of rules.

You can read what they are – and get some tips for planning your own 12 Pubs, here.

Which of these is your favorite Irish Christmas tradition? Or is yours not included here? Share your thoughts in the comment section, below.