The ancient Irish tradition of hunting the wren on St. Stephen’s Day

The "hunting the wren" tradition has, to a large degree, disappeared, but the tradition of visiting from house to house on St. Stephen's Day has survived in Ireland. 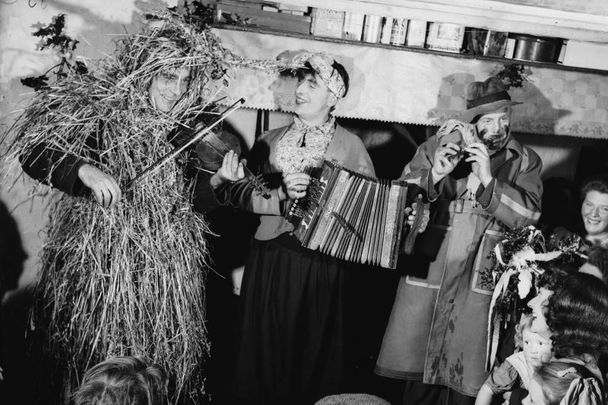 A group of mummers in Ireland celebrate St Stephen's Day or 'Wren's Day' on 26th December by processing from house to house with their instruments, circa 1955 Getty Images

In normal years, the public holiday St. Stephen's Day in Ireland may be all about the sales, but it was traditionally about the wren.

It's often said that Christmas in Ireland lasts not just for Christmas Eve and Christmas, but days into January with special celebrations and observations extending the festive season. On St. Stephen's Day, the day after Christmas, the wren bird is cheered.

Why? The story goes that during Penal Times, there was once a plot against local soldiers in an Irish village. They were surrounded and were about to be ambushed when a group of wrens pecked on their drums and awakened the soldiers. The plot failed and the wren became known as "The Devil's bird."

This custom has, to a large degree, disappeared, but the tradition of visiting from house to house on St. Stephen's Day has survived and is very much part of Christmas. 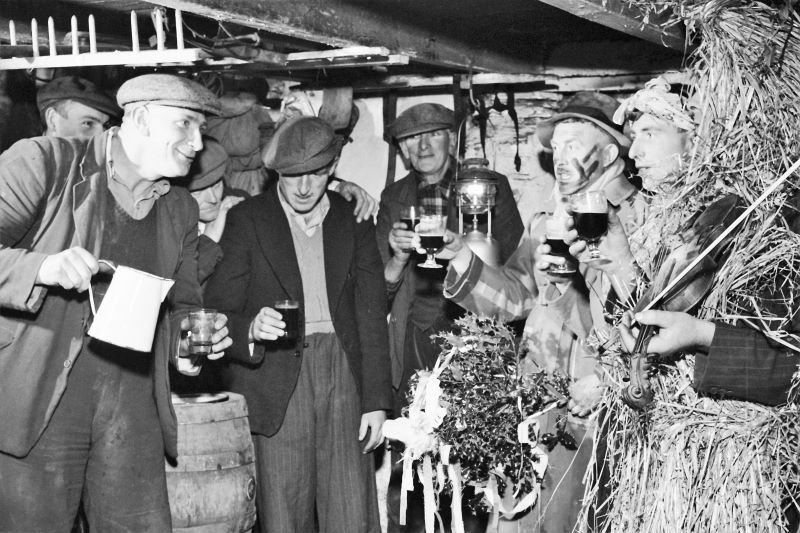 A group of mummers in Ireland celebrate St Stephen's Day or 'Wren's Day' on 26th December by processing from house to house with their instruments, and are rewarded with a glass of porter, circa 1955. (Getty Images)

Here are one woman's memories of celebrating the wren on St. Stephen's Day as a child:

We were never ready for them. They always arrived like an invasion from an outside world.

After the excitement of Christmas Eve and Christmas Day were over we usually felt breathless and disorientated, what with being up late and getting up early so as not to miss a thing! So, when gangs of boys and young men clattered up the yard early on St Stephen’s Day our whole house was caught off guard. Our parents quickly adjusted and flustered about, delighted at the spectacle. However, we children were overawed, shy and even a bit afraid.

The Christmas scene in our house of warm fires, delicious things to eat, new jumpers and caps to wear and stockings full of surprises from Santy seemed to be suddenly jolted as strangers came to our door. These visitors were, of course, the Wren Boys or, as pronounced in rural Co. Limerick, the Ran Boys. They were always male. No girls were part of that tradition.

Their loud and sudden appearance shocked us because we lived up a short road linking the two parts of the parish and, apart from our houseful of children, there were only three other quiet houses there. So, any unusual visits were surprising.

Now in those early days of the ’50s and '60s, the practice of following the wren was common enough, but because it happened only once a year we were never really expecting it. And what a flurry it caused!

Up the yard, they came with great racket and clamor. They often had music – maybe a tin whistle or a fiddle and they sometimes traveled with a little dog garlanded with a paper ruffle.  But the get-up of the Boys themselves! They wore shabby old jackets and coats with bits of tinsel trailing their outfits. They often had some sort of face paint or an "agaidh fidil" on and they carried little holly bushes decorated with rags and colored paper.

They loudly sang their song of the day:

The Wren, the Wren
The King of the Birds
On Stephen’s Day
He was caught in the furze.
Up with the kettle
And down with the pan
Give us your answer
And let us be gone.

Our parents would bustle the group inside out of the cold and there they stood in our kitchen.  Now we all relaxed as the lads answered the questions they were asked, identifying who they were and where they came from while munching Christmas cake with mugs of tea. They might do a selection of quick jigs on the fiddle before graciously accepting the few coins my father pressed into their hands. And then they were gone, down the yard and out the gate, taking our timid little hearts with them into the big world beyond our farm gate.

I remember that many years, especially later, my parents would wonder whether the weather would be too bad for the Wren Boys to come to us or that it wouldn’t be worth their while considering we were so off the beaten track. And then the joy and lift they gave us when they did call. As we became older we were no longer daunted by their loud and gaudy appearance. We were able to see them for what they were – performers on the wide stage of country life who provided enjoyment and color and sang themselves into an ancient tradition.

How do you spend St. Stephen's Day in Ireland?

*Kate Murphy, Tramore, Co Waterford. This story is an extract from “The Little Book of Christmas Memories”, a joint collaboration between the over 55’s website GoldenIreland.ie and Liberties Press. It features an uplifting collection of over sixty nostalgic Christmas stories from well-known Irish authors and stories from previous Golden Ireland short story writing competitions. All royalties from this collection will be donated to Aware, a charity that supports individuals and families affected by depression.