Mass Rocks were used to celebrate mass at secluded outdoor locations during the Penal Laws and serve as a reminder of the hardships endured by Irish Catholics under British rule. 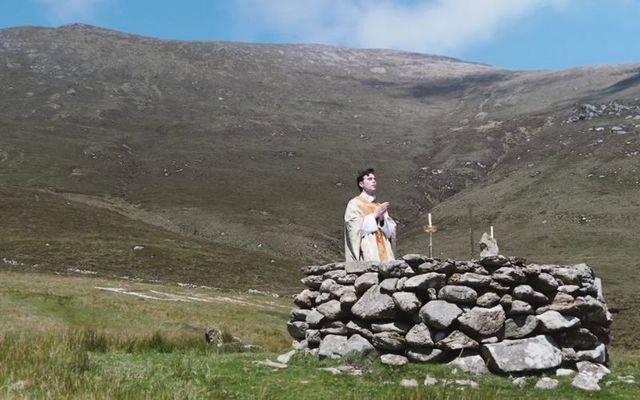 A priest celebrates mass at a Mass Rock ACN YouTube

Irish priests celebrated mass at "Mass Rocks" in all of Ireland's 26 dioceses in honor of Irish Catholics who practiced their faith in secret when it was illegal to do so under British rule.

All expressions of the Catholic faith were prohibited in Ireland between the 16th and 18th centuries under the Penal Laws, forcing priests to celebrate mass at secluded outdoor locations.

Priests risked fines, imprisonment, and death for practicing mass, using rocks and boulders as makeshift altars. Many of these altars, or "Mass Rocks", are still in existence today and serve as a reminder of the hardships endured by Irish Catholics under British rule.

Throughout June, mass was offered at a Mass Rock in each of Ireland's 26 dioceses for "the renewal of the faith in Ireland through the intercession of the Irish martyrs" - a campaign organized by the Aid to the Church in Need (ACN) charity.

The ACN hopes that the campaign will demonstrate that the Mass Rocks are not just interesting historical artifacts, but sacred places where priests can celebrate the Most Holy Sacrament of the Eucharist.

Monsignor Tommy Johnston, who celebrated mass at a Mass Rock in the Ox Mountains in County Sligo, said that it was a "unique privilege" to celebrate mass in a location used by his predecessors as they feared persecution.

"The Mass Rock there is a huge boulder with an uneven surface offering no indication that it could possibly be used for such a sacred purpose," Johnston said.

"Perhaps that is why it was chosen. It did not warrant a second glance. It was above suspicion."

He said that the location is nestled on a hillside, offering a commanding view of the surrounding area.

"It was a unique privilege to stand at a place made sacred by our ancestors who had stood there all those years ago giving voice to their faith in presence and prayer conscious of the ever-present danger to life and livelihood."