Stop using my Irish heritage to disparage other groups

"My heritage is not there for you to manipulate so that you can disparage others who are trying to fight the very kinds of injustice the Irish once faced." 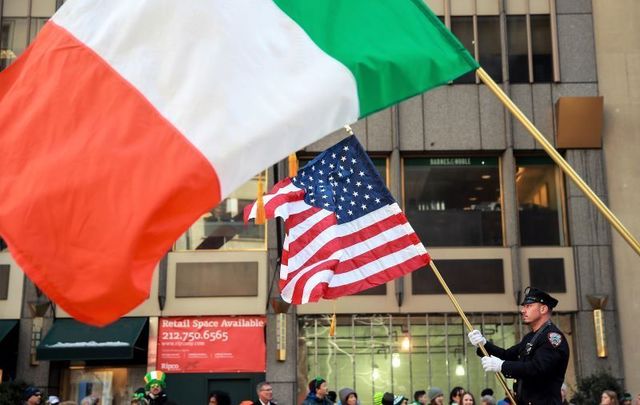 "Rather than bickering amongst each other…why not start getting angry at the folks huddled safely at the top?" Getty Images

"Rather than bickering amongst each other…why not start getting angry at the folks huddled safely at the top?"

Editor's Note: This column was first published in 2016.

It was William Faulkner who said: “That past is not dead. It’s not even past.”

Hard not to think of that when the revelry of St. Patrick’s Day turned into one nasty hangover.

At the heart of this recent ugliness is an attempt to exploit the Irish, to make them feel superior to other groups who, you know, just can’t get over the ugly injustices of the past.

We begin -- as most dumb things do -- over at Fox News. On St. Patrick’s Day 2016, panelists on The Five were discussing the Irish and stereotypes.

When Juan Williams referred to the hardships the Irish had to face, panelist Kimberly Guilfoyle -- herself Irish American, it must be noted -- said: “And the Irish got over it. They don’t run around going ‘Irish Lives Matter.'”

Great job, Kim! There’s not enough division and conflict in this great country, right? Let’s get people even more angry by implying that the Irish are so much better than those other groups who go around moaning and complaining.

For the record, a fine argument could be made that the Irish haven’t gotten over anything. People who have “gotten over” the past don’t erect and visit memorials to famines. They don’t shut down the largest city in the country and paint a green stripe down a main thoroughfare and march for six or so hours, wearing shirts that say things like 'Thank God I’m Irish.'

They don’t create a vast niche in the publishing industry that a cynic might refer to as “Irish Misery Inc.” (I can’t wait to read Timothy Egan’s new book on Thomas Francis Meagher. This week, sounding like someone who has “gotten over” nothing, Egan told NPR: “For almost 700 years it was a crime to be Irish in Ireland … It was a crime to practice your religion...to own property…(The English) did everything they could...to de-culture these people.”)

But all this means little because Guilfoyle’s real problem is with African American activists. With all due respect Kim, my heritage is not there for you to manipulate so that you can disparage others who are trying to fight the very kinds of injustice the Irish once faced.

Look, there is a long, complex debate to be had about law enforcement in African American communities. Fox News on St. Patrick’s Day ain’t the time and place for that debate!

Do you really want to explore why the Irish no longer have the need to run around saying things like Irish Lives Matter? Do you really want to talk about how the horrors of the Famine could only be ameliorated by two gigantic forces -- the Catholic Church and “big government” in the form of political machines? Both of which African Americans had no access to whatsoever? In fact, both of those institutions were guilty of their own bigotry, sometimes subtle, sometimes brutal.

Read More: Hundreds of Irish march in solidarity with US Black Lives Matter

Meanwhile, the Irish went on to become cops. We know where this racial tragedy was headed. We simply don’t know how it will end just yet.

No, Ms. Guilfoyle, the Irish don’t run around saying Irish Lives Matter. But neither should they run around decrying “lazy” people looking for handouts. Because the Irish got their fair share of handouts -- from priests and politicians -- when they needed to get on their feet.

Meanwhile, also this week, an international debate exploded about whether or not the Irish were ever enslaved, and what the repercussions of Irish slavery in the New World were.

Again, there is a valid debate to be had about the particularities of, say, the number of Irish who performed forced labor in Barbados in the 1600s.

But that’s not what this about, right?

As one ugly online meme put it: “White Irish slaves were treated worse than any other race in the U.S. When is the last time you heard an Irishman b***hing and moaning about how the world owes them a living?”

If you want to believe anything in that statement is true, go right ahead. But your willingness to be bamboozled is rooted in 2016, not Irish history.

You know what would be interesting? If people agreed that the Irish and many others were screwed in the past and are still struggling today.

Rather than bickering amongst each other at the lower end of the social ladder, why not start getting angry at the folks huddled safely at the top?