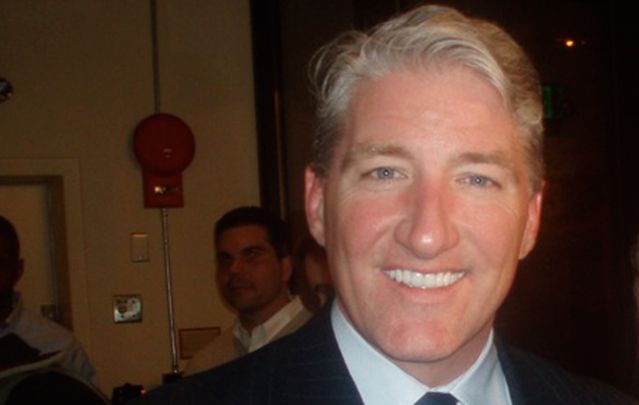 CNN presenter John King has been criticized for joking about an “Irish Live Matter movement” on Monday evening, apparently unaware his mic was still live during the Mayor of Philadelphia’s speech at the Democratic National Convention.

While mayor Jim Kenney spoke about the Irish Catholic immigrant experience during the mid-19th century, drawing parallels between the anti-immigrant Know Nothing party then and today’s Republican party, King was heard on a hot mic to say, “That’s the Irish Lives Matter movement”.

“In 1844, an early version of the Know Nothing political party held a rally here to protest the threat that Irish Catholic immigrants posed to the American way of life,” said Kenney, who is of Irish Catholic descent.

“They claimed these immigrants, people like my family, were more like likely to commit crimes than native born citizens.”

“This rhetoric led to riots. St Michael and St Augustine churches were burned to the ground. Some 20 people died. I’m telling you this story for one reason: It’s happening again. The Know Nothings have returned and last week in Cleveland they vowed to take their country back this November. But they got it wrong. It was never their country in the first place,” Kenney continued.

not realizing his mic is hot @JohnKingCNN laughing at the mayor of Philadelphia "hahah Irish Lives Matter movement" are you kidding me dude?

John King's "Irish Lives Matter" "joke" mocked #BLM and all of the Irish who suffered during the Famine. Peak d-baggery reached. #DNCinPHL

King, who is also of Irish descent, was quickly criticized for mocking the “Black Lives Matter” movement although he claims he “wasn’t laughing at the mayor” and was simply drawing a comparison with today’s world.

The Know Nothing, or American Party, was an American political movement that operated nationally throughout the mid-1850s. It aimed to limit or end the influence of Irish Catholics and other immigrants and reflected an anti-Catholic and nativist sentiment. The movement grew amid fears that Catholics were controlled by the Pope and were hostile to Republican values. Mainly active between 1854 and 1856, the movement had little success.

Boston-native John King is CNN's chief national correspondent and anchor of Inside Politics, who has covered the past seven Presidential elections and reported from all 50 states.

oh look it's @JohnKingCNN on @CNN Will he belittle #blacklivesmatter again like when he got caught on tape making fun of #irishlivesmatter?

.@CNN need to apologize for the comments #irishlivesmatter and laughter after that. When the mayor of Phily was speaking #DemsInPhilly