Eddie Holt: The mindset of the harshest Christian Brothers? Boys are "illegitimates and pure dirt". 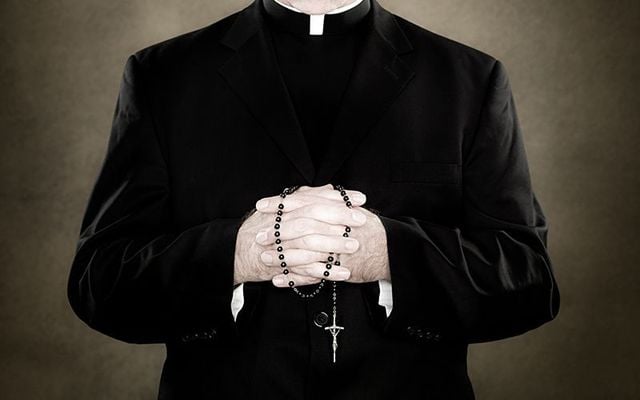 Eddie Holt: "The Christian Brothers – many of them, anyway – didn’t see children as quite human. They were a significantly lesser breed." Getty

If you want to understand the Commission to Inquire into Child Abuse Report it’s spelled out in the section on Letterfrack industrial school. Reporting on a conversation between the head of the industrial school and a Christian Brother who “did not punish the boys severely enough for the head’s taste” the head said, hundreds of times, “never to spare them." What are they but “illegitimates and pure dirt”?

Editor's note: We take a look back at this opinion piece by award-winning Irish columnist, Eddie Holt, who passed away in 2015.

That was the mindset, inherited from the Famine of 1845-50. Nobody wanted an ‘unwanted’ child and woe to the woman (not the man!) who had one. The formation of Brothers, some as young as 12 or 13, emphasised this: the boys (and girls) were “illegitimate and pure dirt”. The Christian Brothers – many of them, anyway – didn’t see children as quite human. They were a significantly lesser breed.

Oh, they saw them as human when they were raping them. Presumably, that was the entire point unless the perpetrator desired bestiality. The perception passed however and outrageous beatings and floggings ensued. There are two accounts (one in Artane industrial school and the other in Letterfrack) of boys being made to eat human excrement. There is an account too of the horsewhipping of a boy.

Mind you, early in the 20th century, the use of a horsewhip was outlawed even in criminal establishments. It cleaved not only the Brothers but also the wider Letterfrack community. It was the subject of gossip in the workshops and in the village too. However, there was no record of any action being taken against the head of Letterfrack. He remained as manager until the following year when his six-year tenure expired.

This was in spite of the fact that the head – and the Brothers who administered the horsewhip thrashing – were breaking the law. I’m reminded of a story told about Stewart’s garage beside Salthill industrial school in the 1950s. The son of the owner was looking over the wall and he saw a Brother break a boy’s arm. The son went and told his father who called into the industrial school next door.

He insisted that the boy, whose arm was indeed broken, should be treated in hospital. He was. Then the father went to a solicitor. When he complained he was told that “there is not a single solicitor in Galway – indeed Ireland – who would be prepared to take a case against the Brothers”. The power of Rome was greater than any power in Ireland.

That is the cost of going with the [Holy] Roman Empire. The British Empire had been in Ireland too long anyway. It perpetrated the unevenly applied but still hideous Penal Laws against Popery (i.e. the Catholic religion). The British Empire had been in power throughout the Famine and, when the population of Ireland was just above 1.5 million, had presided over the wiping out of an estimated 30 percent (500,000) of the Catholic population during Cromwell’s campaign.

It was natural to go with Rome. But Rome had been founded as an Empire and the Catholic Church followed suit. It learned from the Caesars and it was only in the fourth century that Christianity became the official religion of classical Rome. One of the more unusual aspects of the Roman Empire was the number of slaves it kept. It’s estimated that of six million people living in (present-day) Italy that two million were slaves.

What’s more, unspeakable cruelties were regularly perpetrated against slaves. When the Catholic Church came to Ireland in the 19th century, it needed slaves. Slavery was outlawed (even in the United States) but the Catholic Church targeted women and children. These would make the money while the nuns, priests and Brothers looked on.

Women were incarcerated in Magdalen laundries and mother and baby homes. Very few children were not sold by the nuns – often to the United States, which, in the 1950s, was hugely wealthier than Ireland. The children were dispatched to industrial schools. There they made the money for the Brothers and nuns. One Letterfrack man, Brother McHugh, lamented the fact that schools hadn’t always the maximum number of boys.

It’s a national disgrace but little Ireland, like Poland (caught between Germany and Russia) was caught between the British Empire and the Roman one. Brothers, nuns and priests were loyal to Rome – they had to be; they had taken a vow of obedience. The Pope was their boss and we are still waiting on an intervention from him. Ireland with its six million people (the Republic and the North), including more than a million Protestants, is small beer.

G.K. Chesterton, writing on "Christendom in Dublin: Essays in Memory of the Eucharistic Congress" noted that “the national flag of England is the Cross of St. George, and that, oddly enough, was splashed from one end of Dublin to the other”. G.K. was wrong, however. It’s the same flag given by the sole English Pope Adrian IV (Nicholas Breakspear) in 1155 placing Ireland under the lordship of the king of England, Henry II.

It is, in fact, a crusader’s flag: a red cross on a white background. The Papacy, whenever it suited its purposes, continued to uphold English title to Ireland. That is seldom said in Ireland either.