Sinn Féin surges amidst rise in Irish culture and nationalism

Irish voters are not buying what Fianna Fáil and Fine Gael are selling, leading to a surge in support for Sinn Féin. 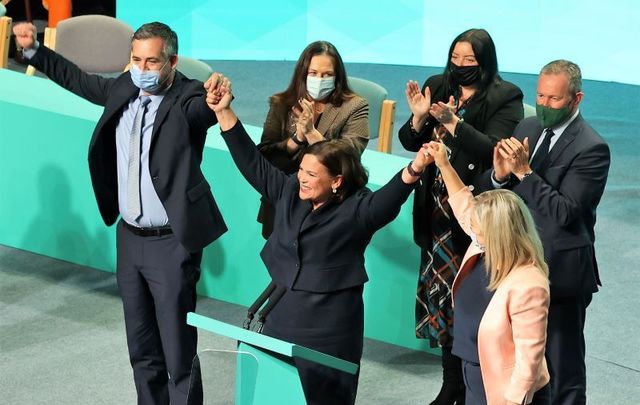 The latest Irish Times opinion poll in Ireland is truly remarkable. Sinn Féin has sprinted an amazing 15 points clear of their major opponents, Fianna Fáil and Fine Gael, according to the results.

It is the highest ever rating for the party in an Irish Times poll and confirms the recent trend that Sinn Féin, once considered a pariah by many voters, is set to lead Ireland’s government after the next election which is expected in the coming two or three years.

Central to the party’s rise in numbers is the ability they are showing to move outside their core young voter and working-class voter bases.

But Sinn Féin may also be prospering because of something else, a rise in Irish culture and nationalism brought about by Britain’s clear indifference to its obligations towards Ireland.

As columnist Una Mullaly wrote in The Irish Times: “While Sinn Féin has very obviously become a political force in the 21st century, what’s less talked about is how the party is also a cultural force. It is dovetailing with a remarkable shift in Irish culture rooted in identity and an exploration of the past that is about an almost mythical form of Irishness.”

Not that long ago, Sinn Féin was anathema to the middle class, seen widely as untouchable because of its connection to the IRA. Their vote percentage then would have been around the three percent mark.

Sinn Féin appears to be taking the largest share of its support from Fine Gael who started 2021 with a 30 percent figure and are now at 20 percent. This must be cause for some consternation within the Fine Gael ranks as they consider the middle class their bastion of support.

What we have here is a quiet revolution, cultural as well as political, as Mullaly points out.

It is a cliche that elections are about change, but this poll hints at a massive sea change in Irish politics unseen in a century.

For now, the voters are telling Fianna Fáil and Fine Gael, the natural parties of government, that they have run their course and it is time for new ideas, especially on such core economic issues as affordable housing, coping with the pandemic, sorting out the Brexit fiasco and restoring confidence in the economy.

Throw that in with the cultural revival going on, driven in part by the clear recognition that England has been seeking to do its worst over Brexit and cares nothing about the relationship with its Irish neighbors.

The British have even been going so far as to undermine the Good Friday Agreement which has brought an uneasy but durable peace for 25 years.

So it may not all be just about economics and a pandemic. Sinn Féin have captured the Zeitgeist in a major way.

The other parties are foundering. The latest opinion poll very clearly reflects that.

*This editorial first appeared in the December 15 edition of the weekly Irish Voice newspaper, sister publication to IrishCentral.