Michael Malloy, the Donegal man remembered by some as The Rasputin of The Bronx, survived an estimated 20 attempts on his life in New York City. 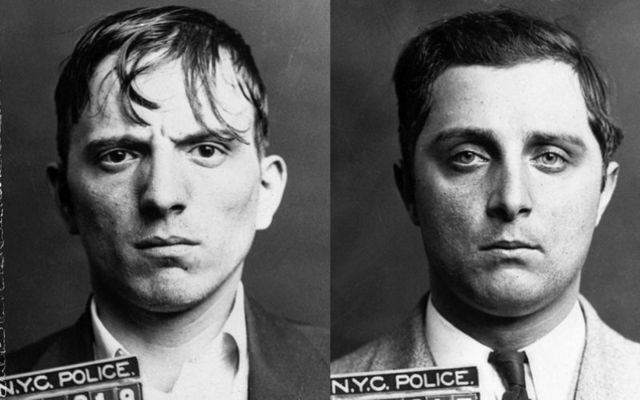 Michael Malloy, remembered now by some as "Iron Mike" or "Rasputin of the Bronx," was a homeless Irishman from Co Donegal who lived in New York City during the 1920s and '30s.

Malloy, a former firefighter, is most famous for surviving a number of attempts – as many as 20 by some accounts – on his life by five acquaintances who were attempting to commit life insurance fraud.

The events that led to Malloy's death began in January 1933. He was, at the time, alcoholic and homeless after falling on hard times.

Five men who were acquainted with Malloy – Tony Marino, Joseph "Red" Murphy, Francis Pasqua, Hershey Green, and Daniel Kriesberg (later dubbed "the Murder Trust" by the headlines) – plotted to take out three life insurance policies on Malloy and then get him to drink himself to death.

Mike looked like an easy mark. He was, wrote the Daily Mirror, after the case, just part of the “flotsam and jetsam in the swift current of underworld speakeasy life, those no-longer-responsible derelicts who stumble through the last days of their lives in a continual haze of ‘Bowery Smoke.’”

“Why don’t you take out insurance on Malloy?” Pasqua asked Marino one day, according to another contemporary newspaper report. “I can take care of the rest.”

Marino paused. Pasqua knew he’d pulled off such a scheme once before.

The prior year, Marino, 27, had befriended a homeless woman named Mabelle Carson and convinced her to take out a $2,000 life insurance policy, naming him as the beneficiary.

One frigid night, he force-fed her alcohol, stripped off her clothing, doused the sheets and mattress with ice water, and pushed the bed beneath an open window. The medical examiner listed the cause of death as bronchial pneumonia, and Marino collected the money without incident.

Marino figured Mike Malloy, who looked about 60, though he was a decade younger and in terrible shape, would go easy. He nodded and motioned to Malloy. “He looks all in. He ain’t got much longer to go anyhow. The stuff is gettin’ him.”

They agreed to go ahead. They began backslapping Malloy and gave him free drinks. Malloy, accustomed to getting the bum's rush because of his lack of funds, was so thrilled that he eagerly signed a petition that would help elect Marino for local office.

What he actually signed was an insurance policy from Metropolitan Life, and two from Prudential. The gang even provided Malloy with a crash pad in the back of the bar to sleep off his hangovers.

Little did they know just how tough Mike was. When it came to survival he could match Rasputin, the Russian monk whose enemies needed many attempts before they finally succeeded in killing him.

The first part of the Mike Malloy plot was successful (probably achieved with the aid of a corrupt insurance agent), and they stood to gain over $3,500 (roughly $67,000 in 2019) if Malloy died an accidental death.

Marino owned a speakeasy and gave Malloy unlimited credit, thinking Malloy would abuse it and drink himself to death. Although Malloy drank for a majority of his waking day, it did not kill him. To remedy this, antifreeze was substituted for liquor, but still, Malloy would drink until he passed out, wake up, and come back for more. Antifreeze was substituted with turpentine, followed by horse liniment, and finally mixed in rat poison.

The group then tried raw oysters soaked in wood alcohol. This idea apparently came from Pasqua, who saw a man die after eating oysters with whiskey. Then came a sandwich of spoiled sardines mixed with poison and carpet tacks.

When that failed, they decided that it was unlikely that anything Malloy ingested was going to kill him, so the Murder Trust decided to freeze him to death. On a night when the temperature reached −14 °F (−26 °C), Malloy drank until he passed out, was carried to a park, dumped in the snow, and had five gallons of water poured on his bare chest.

Nevertheless, Malloy reappeared the following day for his drink.

The next attempt on his life came when they hit him with a car. They bribed taxi driver Harry Green $150 to hit him. The murder syndicate got him drunk and propped him up as Harry Green revved his taxi up. At the last second, they were to jump aside and the car was supposed to knock him over.

Malloy, though drunk, avoided the first two efforts to run him down. On the third attempt, according to Smithsonian Magazine, “Green raced toward Malloy at 50 miles per hour. With every second Malloy loomed larger through the windshield. Two thuds, one loud and one soft, the body against the hood and then dropping to the ground. For good measure, Green backed up over him. The gang was confident Malloy was dead, but a passing car scared them from the scene before they could confirm.”

Five days later, with no reports or death notices for Molloy, the gang began to fear the worst. Sure enough, the door to Marino’s speakeasy swung open, and in limped a battered, bandaged Michael Malloy, looking only slightly worse for wear

The gang finally had enough. On February 22, after Malloy passed out for the night, they took him to Murphy's room, put a hose in his mouth that was connected to the gas jet, and turned it on. This finally killed Malloy, death occurring within an hour.

He was pronounced dead of lobar pneumonia by a bribed doctor and quickly buried. Despite this, the Murder Trust failed to divide the collected loot evenly and fought over it. Eventually, police heard rumors of Rasputin Mike in speakeasies all over town, and upon learning that a Michael Malloy had died that night, they had the body exhumed and forensically examined.

The five men were put on trial. Green went to prison, and the other four members were executed in the electric chair at Sing Sing. Unlike Mike none survived.

Malloy's death made history. It was featured in "The Poisoner's Handbook" as one of the first cases investigated by the then newly established New York City Medical Examiner's Office under the pioneering Dr. Charles Norris.

You can watch the trailer for 'Name Your Poison' here: