Amidst the current pandemic crisis, we can not lose the fact that 2020 is also a census year in America. Results of the U.S. 2020 Census will influence individuals, communities, governments, for-profit entities, and nonprofit organizations throughout the next decade. 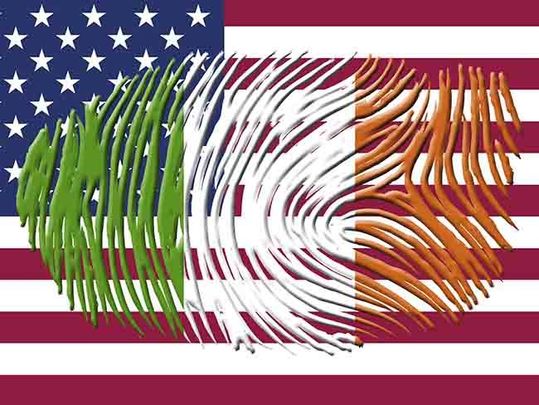 The 2020 US Census results will lead to the allocation of political power and financial resources - Irish America needs to make their voice heard. "I am Irish American, and I count."

Editor's Note: Neil Cosgrove is the National Political Education Chair for the Ancient Order of Hibernians (AOH), the largest Irish Catholic organization in the US.

Amidst the current pandemic crisis, we can not lose the fact that 2020 is also a census year in America. Results of the U.S. 2020 Census will influence individuals, communities, governments, for-profit entities, and nonprofit organizations throughout the next decade. Data obtained will inform decision-makers in all sectors and lead to the allocation of political power and financial resources.

The census this year is of vital importance to Irish America.  For the first time in many years, the Census form will have a question on Ethnic Origins (question 9 for the Head of household, question 7 for remaining household members).  It is vitally important that every Irish American record their Irish ancestry and for all other household members when appropriate.

Read more: 13.7% of the United States population are foreign-born

The delay in appointing a new U.S. Ambassador to Ireland set a record.  We have only recently seen the appointment of a Special Envoy to Northern Ireland.  In the most recent Diversity Visa lottery, out of an available 55,000 Diversity Visas given last year, the entire island of Ireland received 32, a shameful number when you consider that 257 recipients of the Medal of Honor list Ireland as their birthplace.  The story of the Irish immigrants and their perseverance has so much to teach us as a society today, yet that experience is either minimized if not outright ignored in so many of our cultural and educational institutions.

Irish America is undoubtedly changing.  Years of immigration inequity combined with increased mobility have seen declines in the traditional Northeastern Irish American urban strongholds, but that should also be put into the context that across the board, those states are losing populations to the south and to the west.   The opportunity is that Irish America may be evolving to a more national than just regional presence;  politicians from regions of the country that hitherto before have had minimal historic Irish connection may find that they now have a relocated Irish American constituency.

This is where the U.S. 2020 Census is critical.  The consummate  politician Lyndon Johnson observed, "The first lesson of politics is learning how to count." In the year of COVID-19, when many Irish Americans were denied the opportunity to express their pride in their heritage as St. Patricks day festivities, we must take the time and care now to show their pride in their heritage on the census.  A  low "Irish" response to the Census Ethnic Origins question will only further that belief and see Irish American causes and concerns further deprioritized.  Other heritages, rightfully, and to their credit, are ensuring their numbers are counted; we can not be complacent.

If we as am Irish American community do not make an effort to ensure that every Irish American is counted on the census, then we shall see even less traction on crucial issues of Irish American concern.  Far too many of our government educational and cultural institutions already ignore the contribution of the Irish, a low Irish American turnout on the census will give them further justification to do so as "they allocate funds to serve the largest communities."  If that happens then, Irish America will indeed become "more and more distant."

The 2020 Census is our opportunity to say, "I am Irish American, and I Count"; we must not squander it.