Look around, Ireland’s vaccine rollout is a disaster

"The U.K. administered more vaccinations in a single day than we have done in the two and a half months." 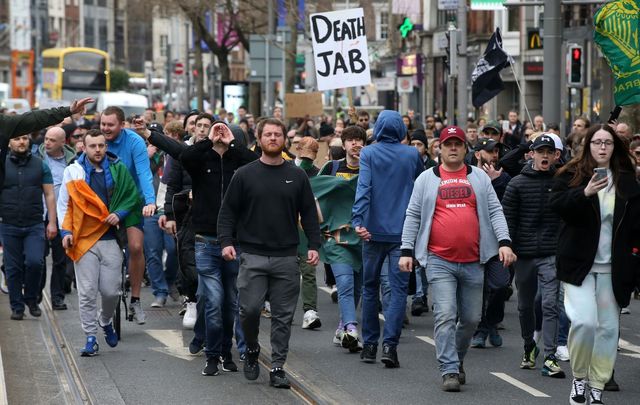 Protesters supporting a worldwide day of opposition to Covid-19 lockdowns marched in Dublin on March 20, 2021. RollingNews

European slow decisions, AstraZeneca panic, and government messaging - it's little wonder that Ireland is suffering COVID fatigue as we head into our fourth month on lockdown.

The British Health Secretary Matt Hancock was on TV last weekend making the proud announcement that half of the adult population in the U.K. had now been vaccinated.  Last Friday, the day that milestone was passed, a record 660,276 jabs were given in a single day across the U.K.

Here in Ireland, finding out how many people are being vaccinated every day is far from easy.  It seems to be policy to make information on daily vaccination numbers difficult to find.

That's not in a single day.  That's the grand total here so far since we started vaccinating people at the end of December.

So just to be clear, last Friday the U.K. administered more vaccinations in a single day than we have done in the two and a half months since our vaccination program began.  It's no wonder that people here are losing patience with the government.  And it's not surprising they are angry at the EU which is responsible for the pathetic pace of the vaccine rollout here and across Europe.

Despite the third lockdown here, which has continued since the start of this year, daily case numbers in Ireland remain stubbornly high.  A speedy vaccine rollout was key to ending our lockdown on the target date of April 5.

But that is now in doubt because the rollout has been hopelessly slow so far.  It became farcical at the beginning of last week when we followed some other European countries and "paused" the use of the AstraZeneca (AZ) vaccine.

The pause continued here all of last week.  This meant that 30,000 people who were due to get the AZ vaccine here did not receive it. 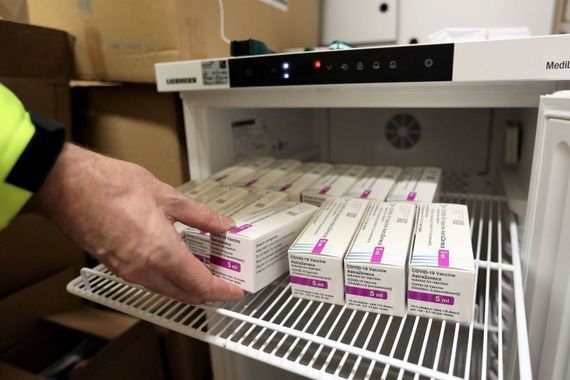 The reason given was that there had been some blood clotting events after AZ vaccinations in Norway.  So our program was paused as a precautionary measure.  Several other European countries did the same in what seemed to be a wave of panic at an official level.

But the evidence on which the pause was based was flawed.  At that point two weeks ago more than 17 million people in Europe had been given the AZ vaccine but the blood clotting events had affected only around 30 and just a handful of those were serious.

Furthermore, there was no evidence to link the vaccine to the blood clotting.  In fact, the rate of clotting in those who had been vaccinated was lower than occurs in the general population.

Added to that was the fact that Covid causes clotting in some people who become ill from the virus.  If you don't get the vaccine and get seriously ill from Covid you have a far higher risk of blood clotting than people who have had the jab.

All of this meant that there was no good reason to pause the use of the AZ vaccine, a view given immediately by both the WHO and the EMA (European Medicines Agency).  Yet several countries in Europe did so, including Ireland.  Here it looked like we were simply copying what others were doing.

The pause was eventually reversed towards the end of last week when the EMA, after further research, issued a definitive statement that the AZ vaccine was safe and effective.  Other European countries began vaccinating again within hours but Ireland was slow to react.

The EMA advice had to be considered first by our National Immunisation Advisory Committee (NIAC) which gave the all clear to our chief medical officer and the National Public Health Emergency Team (NPHET) which then gave the all clear to the minister for health and the government.   All of these were written opinions which took several days to produce.  And with Covid every day costs lives.

This can be passed off as a temporary blip in our vaccine program.  But it is symptomatic of the bureaucratic malaise here and the lack of urgency. 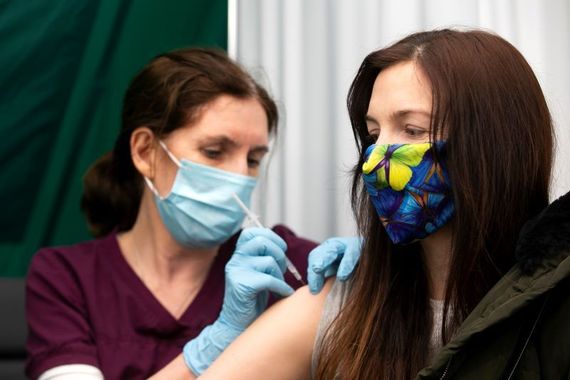 Vaccinations in Ireland are slow going.

Our experts last week claimed the pause was due to "an abundance of caution" by them and that this was the correct thing to do.  But there was more than a suspicion that the real reason was a fear at official level of making a mistake.

What we should have done was accept the early WHO and EMA advice and continued AZ vaccinations.  Instead we slavishly followed what others were doing while we "assessed the data" (there was no scientific lab work done here on AZ and clotting).

Apart from the delay last week's pause caused, it also did huge damage to public confidence in the AZ vaccine both here and across Europe.  This will increase vaccine hesitancy.

The bigger picture, however, is the failure at EU level to provide enough vaccines, a failure in marked contrast to what has happened in the U.K. and the U.S.

The agreement in Europe to allow the EU Commission to take control of vaccine provision did make some sense since it avoided competition between the 27 member states.  But the commission and particularly its president, Ursula von der Leyen, were not up to the job.  To put it bluntly, they blew it.

When the U.K. and the U.S. were pre-ordering vast quantities of potential vaccines early last year, the EU was arguing with suppliers about price, proven efficacy, legal liability and so on.  Early last year, the U.K. and the U.S. were already pouring billions into drug companies doing the research and production of vaccines.  They did so without any guarantee, in effect going into partnership with the drug companies in the hope of success.

While the EU was arguing about price and legal responsibility, the U.K. and the U.S. paid the asking price up front and absolved the companies from legal liability into the future.  In return they got a contractual right to delivery and supplies, leaving the EU far behind. 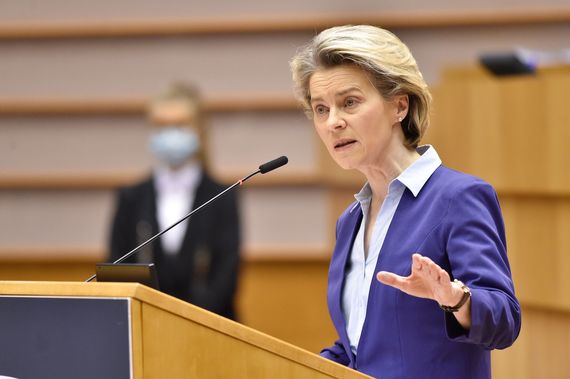 As usual, the EU was incapable of making quick decisions, or even any decisions.  The result today is that less than 10 percent of the EU population has got a first vaccination, but the number in the U.S. is around 25 percent and in the U.K. it is over 50 percent of the adult population.   But instead of admitting that she messed up, von der Leyen is now attacking the drug companies for being unfair in vaccine distribution.

This is a smokescreen to hide EU failure.  The fact is that the U.K. and the U.S. had already put billions into clinical trials and the development of manufacturing plants early last year while the EU was still thinking about it and shopping around in search of cheap vaccines.

Donald Trump's Operation Warp Speed vaccine program had a budget of $10 billion and was effectively in partnership with the drug companies.  It took until mid-summer last year before the EU produced a budget of $3 billion for vaccines (even though the population in the EU is one-third bigger than in the U.S.)  Similarly, Prime Minister Boris Johnson in the U.K. was pouring money into the drug companies from early on while the EU was still haggling about price.

Those are the facts. That is why Ireland, like the rest of the EU, is now so far behind.  It is why so many high-risk people here, like cancer patients undergoing chemotherapy, have yet to be given a jab (some of these were among the 30,000 cancellations last week).

In Ireland, we have endured the longest lockdowns in Europe yet we are still struggling to control the virus.  The average number of daily new cases here last week was over 500 (it needs to be well below 100 to allow a full reopening again).

On Sunday the number of new cases in the previous 24 hours was 769, the highest in three weeks.   So despite being in lockdown since the start of this year the number is again going in the wrong direction.

This is being blamed on lockdown fatigue, with many people now tired of staying at home and following the rules, and also on the Covid variant now in circulation here which is more transmissible.  Our big hope of getting out of this trap is getting more people vaccinated as soon as possible.  Thanks to the EU that is not going to happen.

It's a very difficult situation for the government here.  If they don't announce some easing of the lockdown from April 5 there will be mass refusal to obey the restrictions like staying within three miles of your home.  If they open up more than a minimal amount, the risk of yet another wave of the virus is real.

But it's hard to have much sympathy for the government, which is showing itself to be more incompetent all the time.   To take just one example, mandatory, supervised hotel quarantining for people who arrive here from high risk countries like Brazil and South Africa is finally going to start at the end of this week.  It was announced more than two months ago but it has taken this long to actually do it.

Says it all really.