The Final Report from the Commission of Investigation into Mother and Baby Homes in Ireland was worse than anybody expected. 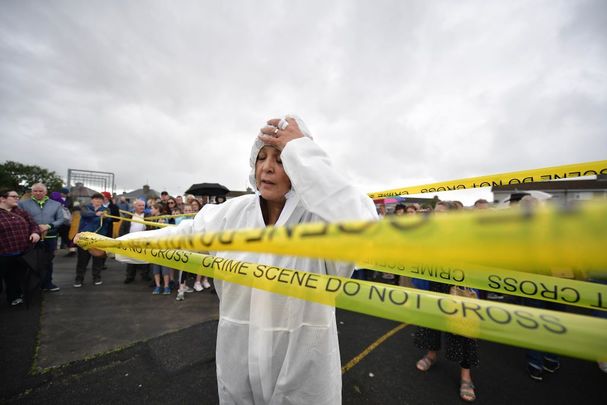 A vigil following the mass grave discovery at the Mother and Baby Home in Tuam, County Galway. Getty Images

We all knew it was going to be grim. But the report of the Commission of Investigation into Mother and Baby Homes in Ireland published last week after five years of work was worse than anyone expected.

A shocking 9,000 children died in the homes n Ireland during the period 1922 to 1998, around 15 percent of all the children there. Now the question being asked is, who was responsible?

Even before the near 3,000-page report had been read, the finger of blame was being pointed at the nuns, the religious orders who ran most of the homes. It was also pointed at the state which had failed in its duty of care to all its citizens, which included unmarried mothers and their babies.

And almost as an afterthought, it was pointed at Irish society in general at the time which had turned its back on what was happening.

The nuns, of course, are an easy target. And the way many of them behaved in these awful institutions was unbelievably cruel.

The state, over much of the eight decades, passed the buck and turned a blind eye. It provided minimal funding to the homes and then left the religious to try to cope.  In both cases -- church and state -- what was done was disgraceful.

But the primary responsibility for what happened, as the report says, was that of Irish society as a whole at the time.

The report points out that Ireland was a poor and miserable place back then, especially in the decades from the twenties to the sixties. Most of the cruelty and the deaths took place in that period, although the seventies and eighties were almost as cruel in other ways. Even though it's hard to imagine, the last home did not close until 1998.

It is important that this context is kept in mind. Blaming the church or the state is all too easy.  It lets the general population across Ireland off the hook.

But no priest or politician dragged an unmarried mother to a home. It was fathers and mothers across Ireland who dumped their pregnant daughters in these places rather than face the shame of having an illegitimate baby in the house.

As the report says, women who gave birth outside marriage up to the 1960s were subject to particularly harsh treatment in Irish society, with tens of thousands of them banished to the homes. “Responsibility for that harsh treatment rests mainly with the fathers of their children and their own immediate families", the report says.

“It was supported by, contributed to, and condoned by the institutions of the state and the churches.  However, it must be acknowledged that the institutions under investigation provided a refuge -- a harsh refuge in some cases -- when the families provided no refuge at all."

That uncomfortable truth was not what most people here wanted to be told last week.  There were accusations that the report was trying to deflect blame away from church and state.

It was the nuns. It was the priests. It was the craven politicians  Not the ordinary people in farms, villages, towns, and cities across Ireland who had sent their pregnant daughters away. 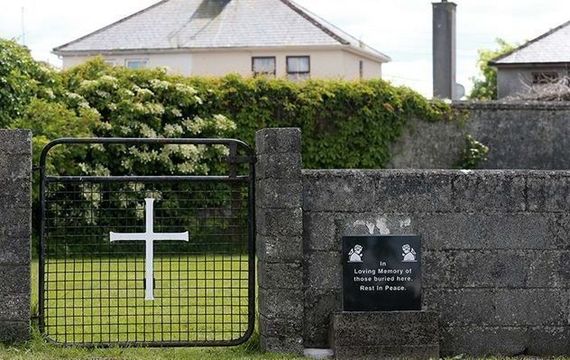 A memorial at Tuam, where 796 babies are believed to be buried outside a Mother and Baby Home.

Of course, both church and state were to blame for shaping society in Ireland at the time, one of the most repressive sexual cultures anywhere in the world. If you think the Taliban in Afghanistan are bad now, our own Taliban of the Tabernacle in Ireland back then were similarly repressive towards women and sex.

The priest-ridden, sex-hating, suffocatingly pious society that was created in Ireland was the reason so many families felt compelled to banish their pregnant daughters. The shame of having an unmarried young mother at home was unbearable in this time of prying priests, twitching curtains, and vicious gossip.

It started right after the birth of the new state. As soon as we had gained our independence our leaders swapped British rule for Rome rule.

Men like de Valera were always falling to their knees to kiss the bishops' rings, even referring proposed legislation to them for approval. Control of schools and hospitals was ceded to the church and its religious orders. Anything that might influence Irish society was monitored by the church.

In this society, sex outside marriage was absolutely forbidden. Everyone believed in the nonsense of the Immaculate Conception. Local dances and other events where "courting couples" might meet were overseen by the clergy or their deputies.

Sex was the ultimate taboo in this life-denying, crushing society. But although sex can be hidden, it is a force of nature that cannot be stopped.  In the repressed society of the time, it emerged in contorted forms, including abuse by the clergy themselves.

In the general population furtive sex and the absence of any sex education or -- God forbid! -- contraception led to unplanned and unwanted pregnancies. The result was that almost 60,000 young women ended up in the Homes where conditions were so poor that around 9,000 of their babies died.

Reacting to the report last week, Taoiseach Micheál Martin said that the regime it described "wasn’t imposed on us by any foreign power. We did this to ourselves as a society." 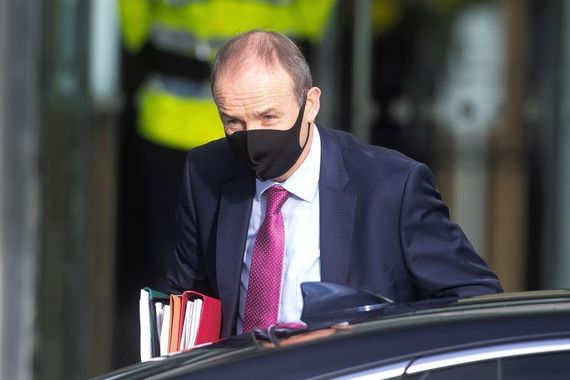 In saying that, he was simply repeating the central finding of the report, but his remarks provoked widespread criticism and accusations that he was trying to absolve the state and the church from the primary blame.

What he said was true, even if people don't like to hear it. And it is not true that at the time people did not know what grim places the homes were. They knew -- and they sent their pregnant daughters there anyway.

During those decades Ireland had "a completely warped attitude to sexuality and intimacy," the Taoiseach said.

“Young mothers and their sons and daughters were forced to pay a terrible price for that dysfunction. As a society, we embraced a perverse religious morality and control which was so damaging. What was so very striking was the absence of basic kindness.”

Most of the homes were Catholic and run by nuns, but a small number were Protestant and a few were state-run county homes that also catered for single mothers and babies. These were the places a pregnant girl could go to have a baby in secret. Often the story told locally by the parents would be that she had gone to see relatives or find a job somewhere else in the country or in England.

Of course, this meant that she could not return home with a baby, and so these institutions also acted as orphanages and private adoption agencies. Apart from the deprivation and the lack of any compassion for the young mothers, the level of infant mortality was appalling because the homes were so badly run and so short of funds.

Partly because they were short of funds, this led the homes into seeking "donations" from adoptive parents -- or to put it baldly, selling babies. This was done through an informal network of contacts in the Catholic Church, with many babies ending up in the U.S. The main requirement was that the new parents were Catholic.

Even young mothers who wanted to keep their babies were discouraged from doing so. There was no state support for single mothers in Ireland until the 1970s. With a hostile family at home and no support from the father, there was little choice. Give the baby up, try to forget, and start again.

Names were changed on birth papers and adoption records and mothers were encouraged to agree that there would be no contact in the future.  Many were advised that it was in their own interest that their identity be kept secret.

As we all know this led to the heartbreaking stories (some of which are in the report) of adopted children trying and failing to find their birth mothers later in life.  And being stonewalled by nuns refusing to give information, claiming that they were precluded from doing so.

The Taoiseach gave a formal state apology in the Dail last week to all the survivors of the system and promised to set up a redress scheme to compensate them, even though the Commission of Investigation advised against this.  Given the numbers involved, and even if individual payments are just a few thousand euro each, the total bill for the state could reach several hundred million Euro.

Martin also promised to bring new urgency to proposed legislation that would give more rights to children from the homes who are now adults and trying to track their birth mothers. This has been attempted before but was judged to be impossible on constitutional grounds.

The legal advice was that a referendum would be required. Now the current attorney general has advised that this may not be necessary and legislation can proceed.

Finding a balance between the rights of mothers to remain secret (if they want to) and the rights of children to know who they are is far from easy. We have all read the sad stories of the children (now adults) from the homes who found their mothers only to be rejected or allowed only minimal contact. The mother may have a new family and have kept her earlier pregnancy a secret over the years.

What seems to have changed this situation is an offshoot of the new and much-criticized GDPR (General Data Protection Regulation) rules which give a person the right to any data that exists about them. Legally, that may supersede anything else.

It may well be that a mother will still have rights to a degree of privacy. But her now-adult child may have a superseding right to know who she is and the circumstances of their birth and adoption.

This is an interesting question.  But more than anything else it is all upsetting stuff, just as are all the details contained in this heartbreaking and important report.   What it has exposed is the shameful hypocritical underbelly of Holy Catholic Ireland.