Catherine Corless, who unearthed Ireland's Mother and Baby Home scandals, has welcomed the apology from the Bon Secours Sisters. 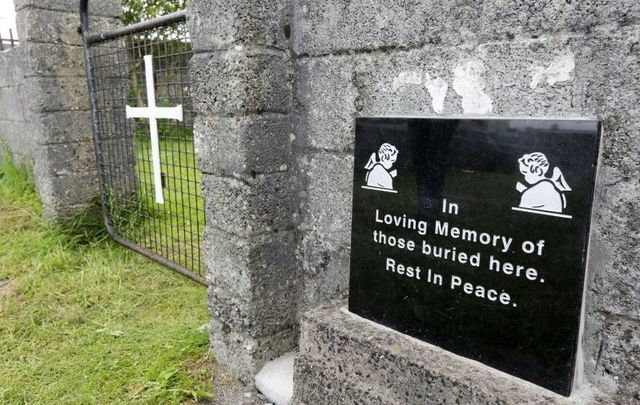 June 2014: The grounds where the unmarked mass grave containing the remains of nearly 800 infants who died at the Bon Secours Mother and Baby Home in Tuam Co Galway from 1925-1961 rests. RollingNews.ie

The Sisters of Bon Secours Ireland, who operated the Tuam Mother and Baby Home in Co Galway for nearly 40 years, have issued an apology following the January 12 publication of The Final Report of the Commission of Investigation into Mother and Baby Homes.

Sister Eileen O’Connor, the Area Leader of the Sisters of Bon Secours Ireland, said in a statement on January 13: “The Commission’s report presents a history of our country in which many women and children were rejected, silenced and excluded; in which they were subjected to hardship; and in which their inherent human dignity was disrespected, in life and in death.

“Our Sisters of Bon Secours were part of this sorrowful history.

“Our Sisters ran St Mary’s Mother and Baby Home in Tuam from 1925 to 1961. We did not live up to our Christianity when running the Home. We failed to respect the inherent dignity of the women and children who came to the Home. We failed to offer them the compassion that they so badly needed. We were part of the system in which they suffered hardship, loneliness, and terrible hurt. We acknowledge in particular that infants and children who died at the Home were buried in a disrespectful and unacceptable way. For all that, we are deeply sorry.

“We offer our profound apologies to all the women and children of St. Mary’s Mother and Baby Home, to their families, and to the people of this country.

“Healing is not possible until what happened is acknowledged. We hope and we pray that healing will come to all those affected; those who are living and those who have died. We hope that we, our church, and our country can learn from this history.”

A spokesperson for The Bon Secours Sisters separately told The Times that the organization is “willing” to participate in any redress scheme for survivors. 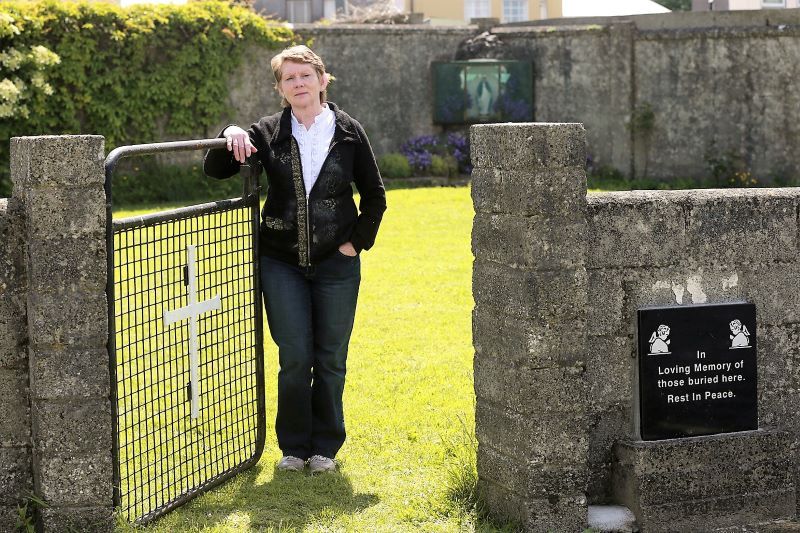 In 2014, Irish amateur historian Catherine Corless, in researching the Tuam Home's history, discovered that a septic tank contained the bodies of nearly eight hundred infants and children, secretly buried without coffins or headstones on the unconsecrated ground between 1925 and 1961.

At the time, Corless told IrishCentral: "I do blame the Catholic Church.

"I blame the families as well but people were afraid of the parish priest. I think they were brainwashed.  I suppose the lesson is not to be hiding things. To face up to reality. "

Nearly six years after Corless made her initial discovery in Tuam, Co Galway, the Final Report of the Commission of Investigation into Mother and Baby Homes was published on January 12, 2021.

The report says that "a particular catalyst" for the formation of the investigative Commission that culminated in this week's Final Report "was the discovery by Catherine Corless of the possible burial arrangements for children who died in the Tuam Children’s Home."

The nearly 3,000-page report has been criticized by The Coalition of Mother and Baby Home Survivors as “fundamentally incomplete.”

On Wednesday, Corless welcomed the apology issued by the Bon Secours Sisters: “This is exactly what I’ve been looking for. I’m very happy with that. It really means an awful lot to us.”

She also told The Times: “It means a great deal and I’m grateful to the Bon Secours Sisters for owning up.”

“Hopefully what will follow is the other institutions out there, the nuns that ran those orphanages and mother and baby homes, they will follow suit.

“Because that has to come first and foremost, to admit that they were wrong for dishing out cruelty to these poor people. I know that will be a great relief.”

While Corless welcomed the apology from Bon Secours, she does admit her initial reaction to the Final Report is disappointment.

She told Newstalk on Thursday: “I felt it was downplayed. As regards Tuam, it just seemed to favour the religious organisations in a lot of parts. People couldn’t make a fair judgment from what was written in it as regards Tuam.

“That is why yesterday, it was a great relief to know the Bon Secours sisters had apologised and acknowledged what had happened because otherwise, it could have gone very wrong for survivors.

“I think it was a little bit biased for the religious and for the Church and I don’t think many survivors were too happy with what they have read already.”

Looking ahead, Corless called for adoption legislation for survivors, as well as legislation to excavate the Tuam babies "without red tape."