With exports of over €13 billion, turnover of almost €28 billion, and 160,000 employed, food manufacturing is Ireland's most important indigenous industry. 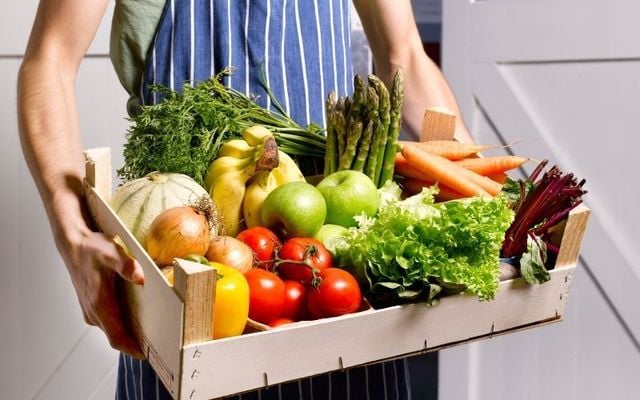 While rising food prices are a real concern to consumers worldwide, the more existential threat to the fundamentals of the food industry itself, presented by geopolitical developments, has a particular concern in Ireland where our economy depends a great deal on the agri-food sector.

With exports of over €13 billion, turnover of almost €28 billion, and 160,000 employed, food manufacturing is Ireland's most important indigenous industry. But in the current global conditions, it is an industry that faces a tsunami of problems ranging from input cost inflation, lower purchasing power of consumers, food supply chain disruption, and labor shortages.

Any major threat to the industry will have serious ramifications for Ireland’s economy, but the impact will be felt most in rural and regional areas. Food accounts for 14 percent of employment outside the greater Dublin area and that’s not including the 137,000 family farms or the 2,000-fishing vessels whose livelihoods are dependent on a functioning food economy.

Dealing with adversity is nothing new to the industry as in reality food companies have been in permanent damage limitation mode for the past three years, with both Brexit and Covid-19 challenging their crisis management skills.

How well they are prepared for these new challenges is a moot point given that they are on an unprecedented scale.

However, what is worrying is that a recent government publication into the future of the industry makes no reference to the pressing issues.

Given all the circumstances it’s quite extraordinary then that the government’s implementation plan for its food strategy which was launched last week made little or no reference to the series of crises that face the industry. It’s as if the past five months and their unique economic challenges never happened.

Whereas sustainability, gender balance and food innovation all get mentioned multiple times (sustainable 138 times), there are no similar concerns expressed about the long-term impact in relation to rising energy prices, international food security or shortages of animal feed and fertilizer.

It’s rare that an implementation plan is out of date before it’s printed. Usually we have a grace period of a few months before it gathers dust. Not in this case, and no effort was made to hide this fact with the most used word in the document being “ongoing” – 176 times – when the document references time frames for completion. For “ongoing,” swap “how long is a piece of string.”

But it’s not just the implementation plan that has come up short. Some aspects of the original document, Food Vision 2030, published last August, were already controversial.

This strategy was put together by a committee of stakeholders from across the agri-food sector. However, it was never universally accepted.

For instance, one of its main pillars, the objective of achieving a climate-neutral food system by 2050, with verifiable progress achieved by 2030, was deemed unattainable by environmentalists who walked away from the negotiation table stating that were being ignored.

The Irish Farmers Association (IFA) was also critical, saying that the strategy had “lofty targets, but no proper assessment of how these targets will impact farm incomes, food production or global food security.” Another group representing dairy farmers said at the time that the strategy was “incoherent.”

Some will, of course, say that farmers are always complaining. However, there is real fear in the sector that many family farms will go to the wall.

Pig farmers have been particularly badly hit with rising food costs and lowering prices for pig meat. Many producers are now getting out of the business and others are facing bankruptcy.

The dairy sector is also badly hit, with one Cork politician claiming that farmers are “addicted to their cows” and ignoring family and friends in a bid to turn a profit.

Not a great time then for the director-general of the IFA to get an increase of $32,000 on his salary which is now $230,000 a year in dollars. A tone-deaf decision that has led to a lot of anger among farmers.

But while there are sharp critics of the written plans and strategies, the “boots on the street” – i.e., the agencies that deal on a day-to-day basis with food companies – have been more responsive to food companies and have not been so set in their ways.

Bord Bia, the Irish Food Board, has responded with speed and agility, and it is clear that the U.S. has been targeted as a consumer market to expand in. The U.S. is now Ireland’s second-largest export market after the U.K., with exports last year valued at €1.3 billion, up 22 percent on 2020.

Irish lamb and sheep meat, for the first time in three decades, now have full access to the American market under an agreement reached between Ireland and the U.S. Department of Agriculture. No doubt that competition in a relatively modest sheep market will be tough, but Bord Bia are counting on a strong Irish diaspora to drive sales.

The Irish Food Board last month also launched a $1 million campaign in the U.S. to promote Irish spirits. Its Spirit of Ireland educational program comprises virtual reality tours of Ireland's distilleries, including interviews with master distillers.

The campaign also offers a sensory experience using scratch and sniff cards to smell barley fields which, it is claimed, will create an in-depth understanding of Irish spirits. Although limited in scope, such actions are welcome in terms of addressing the issues facing Ireland’s food industry.

Shifting trade patterns, changing consumer preferences and geopolitical shocks all are having an impact. The reality is that in a lot of cases the problems are outside the control of any agency or government, and some companies will clearly struggle with the challenging market conditions.

Having come to terms with the new normal post-lockdown, food companies are now desperately trying to figure out what the next normal will look like, and how to survive long enough to remain as a going concern once peace descends on the breadbasket of Europe.

*This column first appeared in the May 25 edition of the weekly Irish Voice newspaper, sister publication to IrishCentral. Michael O'Dowd is brothers with Niall O'Dowd, founder of the Irish Voice and IrishCentral.