Cork university forced to open food bank, runs out in less than hour

The UCC Students Union said that it was "disheartened" to have to reopen the food bank as students struggle to pay for necessities due to rising costs. 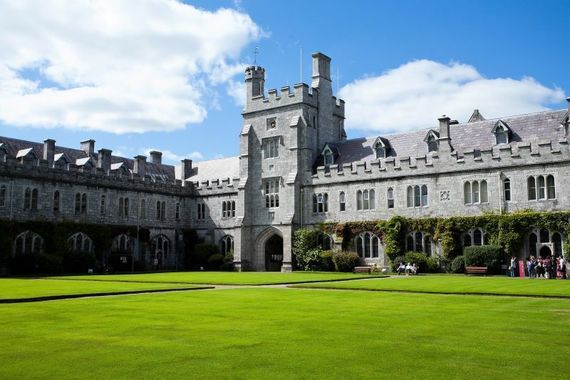 A food bank set up to assist hungry students in University College Cork was forced to close in under an hour after it opened on Wednesday evening.

The UCC Students Union said that it was "disheartened" to have to reopen the food bank as students struggle to pay for necessities due to rising costs.

The food bank was first launched in 2019 to assist students experiencing "food insecurity" and the Students Union said that it was forced to restart the initiative this year due to "increased cost of living, the housing crisis, cost of being in higher priced accommodation as well as many other issues that strain students financially".

UCCSU are disheartened to announce that we are reopening our Students’ Union Food Bank this Wednesday in the Common Room from 5-7 due to increased cost of living, and cost of being in higher education as well as many other issues that strain students financially. pic.twitter.com/gV26S3owPV

Representatives of the UCC Students Union described scenes at the food bank as "heartbreaking", stating that they were forced to turn hungry students away after just 50 minutes when the food bank ran out of food.

Student Union President Asha Woodhouse confirmed in a tweet that the food bank had run out of food less than an hour after it opened.

"50 minutes in we’ve run out of food and have had to turn students away," Woodhouse tweeted. "Heartbreaking to not have enough and to see so many students experiencing food insecurity."

"Is this the UCC and country we are supposed to be proud of?" Woodhouse said in a tweet directed at Minister for Higher Education Simon Harris.

Students Union Welfare Officer Caoimhe Walsh said that more than 100 students lined up at the food bank during the first hour.

Walsh said that it was a "very sad day for the country" in a tweet directed at Harris, Taoiseach Micheál Martin, and Tanáiste Leo Varadkar.

Walsh told the Irish Examiner that it was "sad" that the Students Union had to reopen the food bank in the first place and added that "something needs to be done".

UCC's website estimates that students pay a minimum of €500 per month on rental expenses, while some students may pay up to €1,000 a month on rent.

The monthly cost of living for UCC students is estimated to be €1,880 (€470 per week), meaning that students would have to work 45 hours a week in a minimum wage job to cover living expenses.