Ireland is no country for young men

Opinion: "Ireland has always been a country for old men, a nation that casts aside its youth like a ragdoll at any given moment. That has never been more prevalent than it is in present-day Ireland." 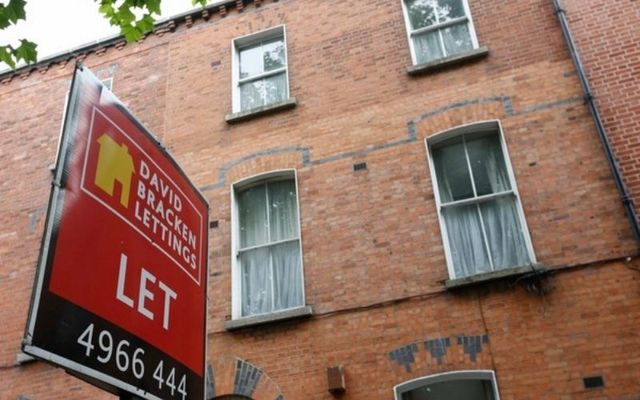 "That is no country for old men," Irish poet W.B. Yeats scribed in the opening line of his poem "Sailing to Byzantium". An aging Yeats may have felt an outcast in Irish society when he penned the famous work, but he was wide of the mark in his assertion that Ireland is no place for the old.

Ireland has always been a country for old men, a nation that casts aside its youth like a ragdoll at any given moment. That has never been more prevalent than it is in present-day Ireland.

The Ireland of 2021 is no place for the young; it is a barren wasteland of soaring rents and house prices; of rising costs and stagnating wages.

It is becoming almost impossible for young people to acquire property in Ireland, either through renting or buying it outright.

The country is currently going experiencing its worst-ever rental shortage, according to recent figures from Daft.ie, which has helped cause rents to skyrocket to a national average of €1,516 per month.

Landlords are becoming increasingly ungracious in the face of this crisis and frequently renting one-bedroom hovels at extortionate rates.

Room for rent in Dublin complete with shower carpet pic.twitter.com/YPHwWXWCor

However, there is little hope of any legislative action to combat this flagrant attempt to make a quick buck by capitalizing on other people's misfortune. After all, a sizeable portion of Government TDs are landlords and are unlikely to vote against their own interests.

Anyone hoping of bypassing rental properties and owning their own home outright must realistically think again.

Economist Dermot O'Leary of financial services firm Goodbody recently estimated that the average household will require a yearly salary of almost €90,000 plus a deposit of €35,000 just to buy a standard house in Ireland by 2023.

Considering the median salary in Ireland currently stands at €35,000, the average household will effectively have to secure a €20,000 pay rise over the next 24 months if they want to be able to afford a home of their own.

Stark reading for anyone trying to fight their way onto the property ladder, especially considering that the Central Statistics Office estimates that the median salary for people under 30 is closer to €28,000.

The Irish Government has pledged to fix this housing crisis with its Housing For All plan for the next decade, but it could greatly offset the pressures on the housing market by clamping down on investment funds that have left properties vacant.

Ireland currently has the 10th-highest rate of vacant homes in the world, with 183,312 units currently empty in Ireland.

A more compassionate Government that cared about its youth and working-class would use this to its advantage, but when have Fine Gael and Fianna Fáil ever showed compassion to the young or the poor?

Young people in low-paying jobs faced an onslaught of vicious and unjust attacks when they allegedly refused to return to work during the pandemic so that they could remain on the Pandemic Unemployment Payment of roughly €300 per week.

But why would any self-respecting put their health at risk by returning to work just to earn a pittance?

Similarly, why would any young nurse or doctor choose to remain in Ireland when they could relocate to a country that actually values their services and pays them fairly?

Student nurses in Ireland have been treated scandalously, both before and during the COVID-19 pandemic.

The Government only recently agreed to pay student nurses who are not in their final year after facing overwhelming public pressure after initially refusing to do so. Even still, student nurses only earn €100 per week whilst undertaking grueling shifts and fighting on the frontline of the COVID-19 pandemic.

To make matters worse, that inadequate remuneration is set to expire whenever the COVID-19 pandemic is deemed to be at an end and the powers that be can go back to not even pretending to care about the backbone of the Irish healthcare system. They won't even get a condescending, patronizing clap in the Dáil for their troubles.

It is a wonder that any young person chooses to study nursing in modern-day Ireland.

All of this might have been bearable if Ireland's young only had an outlet to offset some of their grievances.

However, the recent decision to effectively shutter Irish nightlife less than four weeks after it opened for the first time in almost two years has compounded the gloom that has set in amongst Ireland's younger generations.

Nightclubs have been the sacrificial lamb of the COVID-19 pandemic in Ireland, touted by politicians and health experts as the greatest public health risk facing the country despite opening for three of the 90 weeks that the pandemic has affected Ireland.

Young people, who have been the scapegoats throughout this pandemic, were once again deprived of this social outlet earlier this month when the Irish Government panicked at the exponentially increasing COVID cases that had been steadily rising for weeks before nightclubs reopened.

It was never going to be any different.

Young people have been blamed at every turn for prolonging the COVID-19 pandemic, despite sacrificing everything to help curb the spread of an illness that does not pose a great risk to them.

And so it is little surprise that the Government decided to wreak more havoc on an industry that caters predominately to people under the age of 30.

After all, what does it matter that an entire industry that has already been decimated by closures during the pandemic is effectively forced to do so yet again ahead of the busiest season of the year as long as the Government has someone else to blame for their ineptitude?

It is a wonder that anyone under the age of 25 remains in Ireland, especially after the recent decision to once again delay any notion of an underground transport system in Dublin.

Dublin has long been crying out for a functioning transport system that covers the entire city to replace its crumbling bus service.

With gas and car prices skyrocketing, many young people earning a median salary or less are faced with no alternative but to take this underfunded service to get to their low-paying jobs and non-existent social lives while passing dozens of new hotels that stand in the place of former cultural landmarks.

Yeats may have dreamed of sailing to Byzantium to escape the stigma of being old in a modern Ireland, but young people of today are dreaming of Australia and New York and London and Canada.

Can you blame them?