Business activity is low, hundreds of thousands of people are unemployed, city centers are like ghost towns, Ireland needs to get moving again. 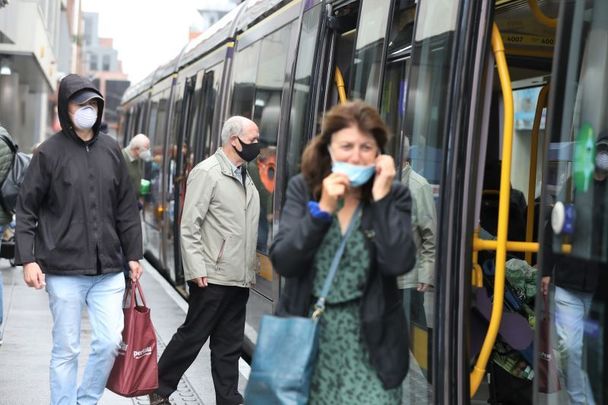 Will Ireland have to reopen before it's safe to do so? RollingNews

COVID-19 economic losses and Brexit could mean Ireland is forced to open up its economy much faster than public health experts might advise.

Last week the Irish government revealed a €7 billion "stimulus package" of measures designed to get the Irish economy going again. The virus here has been relatively under control in recent weeks, and we're due to enter the final stage of reopening on August 10.

But business activity is still very low, hundreds of thousands of people are still working from home or not working, city centers are like ghost towns and the country is in slow motion.  So we desperately need to get things moving again.

This €7 billion stimulus package is aimed at doing that, and in the meantime preventing businesses from going under before a pick-up in activity can begin.  It may seem like a small number in the American context, but it's an enormous amount here.

The package is a vital step for the new government which is just a few weeks in office and has been struggling to show that it's up to dealing with the economic fallout from the COVID crisis.  Despite the huge amount of money involved, however, the reaction to the stimulus package has been lukewarm.

The main problem, political and business critics say, is that it's not big enough.  But the scale of the problem is so enormous that even doubling the package would still not have been enough, and we need to remember that all of this money has to be borrowed. 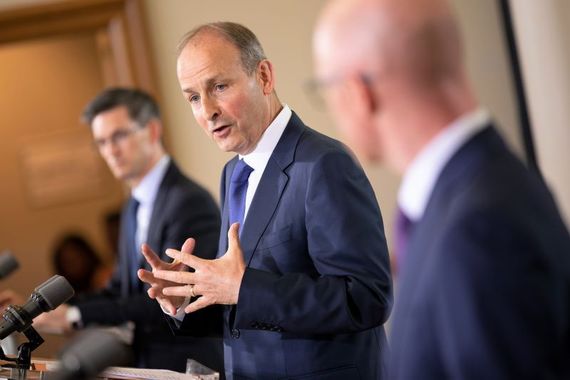 The government is constrained by how much it is prudent to borrow at this stage when we don't know how long the crisis will last and if there will be more waves of the virus in the months ahead and a possible return to lockdown.

So what's in the package?  There are around 50 individual measures designed to boost jobs and help businesses, a few of which have got a lot of media attention.

There's a tax break to encourage Irish people to holiday in Ireland later this year, for example.  And there's a big tax refund for first time homebuyers.   But despite making headlines, neither of these items will add up to that much in terms of getting cash into the economy.

The two most important measures by far are more prosaic.  They are the continuation of the pandemic unemployment payments to all the people who are out of work, and the continuation of the wage subsidy scheme for businesses who keep people in their jobs. Both were due to end soon but have now been extended to next April, with some tapering.

Together these two measures will cost well over €2 billion and will eat up almost half of the "cash" in the stimulus package.  (The €7 billion figure includes provision for a €2 billion credit guarantee scheme for businesses which may need bank loans, reducing the "cash" figure in the plan to €5 billion.)

Another big chunk of the money will go on restart grants and cheap loans for small businesses, special payments for employers who take on staff, a cut in the top rate of VAT (sales tax) from 23 percent to 21 percent costing nearly half a billion, extra spending on infrastructure which will cost another half a billion, provision to allow companies to be late with their sales tax returns without incurring penalties, continuation of the cancellation of rates (local taxes on businesses), and much more.  All this will account for the other half of the package. 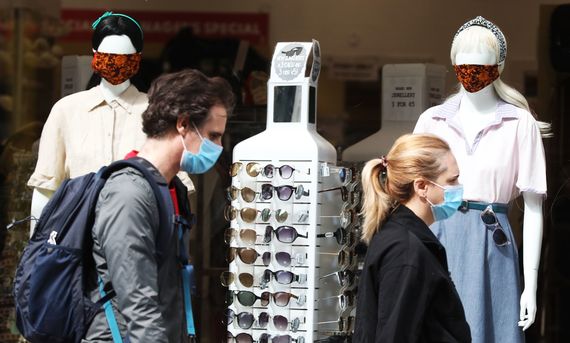 As we said, there was disappointment with the package from a number of sectors in the economy.   The tourism and hospitality sectors in particular are unhappy, saying that instead of a general cut in VAT (sales tax) of two percent across the economy there should have been a much deeper cut in sales tax in their sector.  All the face-to-face businesses like bars, restaurants and hotels have been impacted to a much greater extent and therefore needed much more support, they say.

Even though the two percent cut in VAT will leave close to half a billion euro extra in the economy, businesses say that it's really too small to encourage individual consumers to spend more.  There is also the likelihood that many businesses will hold on to the money rather than lower prices because so many of them are just hanging on at this stage.  The government's position is that an across the board cut, even though small, was the best way of boosting all of the economy.

Similarly, there has been criticism of the home holiday tax break and the tax refund for first time homebuyers, both of which initially generated positive headlines.

The "staycation" tax break will give a €125 tax rebate to those who holiday at home and spend €625 on their accommodation and dining (alcohol not included).  But it does not kick in until September and clearly is designed to help hotels get over the low season.  That's fine, but it does nothing for those who want to holiday at home now or in August when kids are still out of school.

In addition, it only benefits people who are taxpayers. It does not include all those who are not earning enough to pay tax, people who are part-time, carers, etc.  If a voucher had been given instead of a tax break then everyone could have been included, a point made strongly by left wing politicians here.

Read more: Unemployed Irish will have assistance stopped if they travel abroad

Similarly, there has been criticism of the extra tax refund for first time homebuyers.  Under this measure first time buyers will be able to reclaim €30,000 of the income tax they have paid over the last four years instead of the €20,000 they can currently claim.   Again, those on the left say this will benefit people with jobs and resources rather than those who are struggling.

It's also unclear whether it will incentivize developers to hire more construction workers and build more houses, which is what we really need because the fundamental problem in the housing market is lack of supply.  There is nothing to stop developers pushing up prices to cream off the extra money. 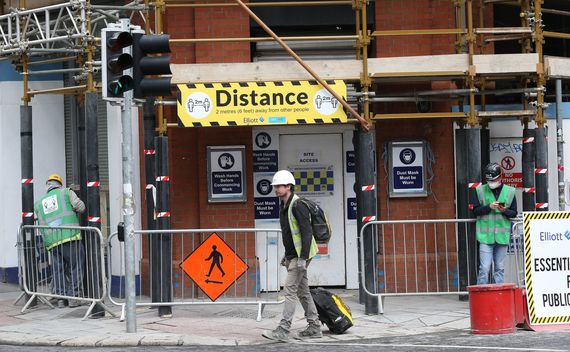 A construction site during COVID.

Overall, despite the disappointment about some of the measures, the general feeling is that the stimulus package was the right thing to do to get us through the next few months.  The income supports and wage subsidies had been due to end next month which was a concern for both workers and businesses.  There is now certainty that they will continue up to next April which gives reassurance to workers and a further breathing space to businesses.

Having said that, these supports will be tapered back. That comes as no surprise.  The farcical situation in which young workers (many of them students) who were doing a few hours bar work at weekends were getting the full €350 a week pandemic unemployment payment (PUP) simply could not continue.

The same tapering off will be applied to businesses that are getting state support to keep workers on the payroll.  A new employment wage support scheme will replace the temporary wage subsidy scheme which was introduced when the pandemic started.

There is no doubt that this will have a serious impact on many businesses and could see many of them letting workers go or shutting down altogether in the months ahead.  Some economists say this is inevitable and that the state cannot indefinitely support businesses which may no longer be viable in the post-Covid world.  That may be true, but it does not make it any easier for the people involved.

Even with this stimulus package, there are very difficult months ahead here.  Many individuals are on six-month payment breaks on their mortgages and many businesses are on similar breaks on business loans.

These payment breaks were given by the banks at the request of the last government after the crisis began and are due to end in the coming months.  It is tempting to say that the banks should extend these breaks for a year or more, but we need to be careful we don't end up with the banks going bust as well.

All of this means, as we said, that we are facing into a very difficult period towards the end of this year and into next year.  With that in mind, the new government has said that it will review the situation in the budget in October and will announce a new national economic plan at that time.

Depending on how the situation develops that could see additional stimulus measures then.   Much will depend on whether Brexit turns into a no-deal crash out by the U.K. from the EU at the end of the year, which now looks more likely with each passing week.

Of course all countries are facing this economic nightmare thanks to Covid.  But for Ireland it could be the perfect storm because of Brexit and how dependent we still are on the U.K. market.  And thanks to Covid the emigration escape route will no longer be available.

So far, government supports have softened the impact of the crisis on most people here.  But we are now heading into a much more difficult phase when such high support levels will no longer be possible.

It's a grim prospect which may mean we are forced to open up the economy much faster than is advised by the health experts, with all the risk that carries.