The Irish government has published its Roadmap to reopening Ireland's schools and a bumper €375 million financial package. 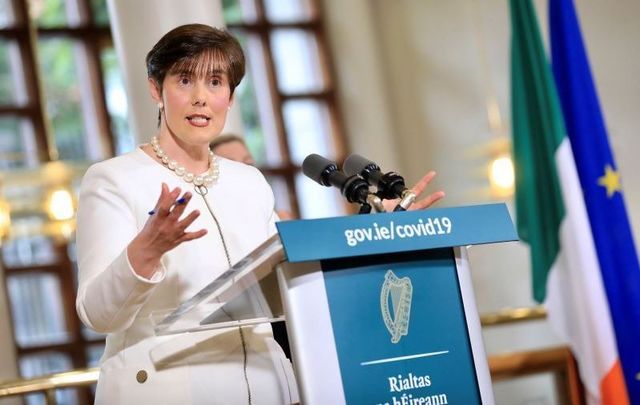 Up to one million pupils absent from their classrooms since March will return to reopened schools in four weeks, the Irish government announced on Monday.

Education Minister Norma Foley, who is a former teacher, pledged to hire 1,000 extra teachers in schools that will fully reopen in a safe and sustainable manner at the end of August.

Taoiseach @MichealMartinTD and @Education_Ire Minister @NormaFoleyTD1 today announced the publication of Reopening Our Schools: The Roadmap for The Full Return to School, along with details of a financial package of over €375 million. See the detail at https://t.co/tKxFReYV2Q pic.twitter.com/03ZmwlSZhB

Pupils, who have studied from home since the coronavirus pandemic shut their schools four and a half months ago, will be back to school in a bumper €375 million package announced by the government this week.

Despite concern from teachers’ organizations about the plan to reopen schools in a month’s time, Foley explained that primary school classes will be a “bubble” and within that bubble, there will be smaller “pods” and one meter distancing between each pod.

She added in a radio interview on Tuesday that social distancing is not a prerequisite for younger pupils.

The Association of Secondary Teachers in Ireland (ASTI) earlier said the time frame for changes to secondary schools to allow them to reopen in September is too tight.

But Foley, responding, said that while schools will reopen fully at the end of August, there is latitude for principals to open classrooms on different dates.

Taoiseach Micheál Martin, also a former teacher, said that schools are the “heart of communities,” and their reopening is a crucial step as Ireland looks to recover from the worst of the Covid-19 outbreak.

More than €51 million is being made available to fund 1,000 extra teaching posts in secondary schools, while €41.2 million will also be allocated to provide primary schools with substitute staff.

Extensive cleaning regimes are to be introduced to stem transmission of the virus, while a grant has been allocated for schools that are looking to change the layout of their buildings to comply with social distancing.

While schools will be allocated funding for personal protective equipment, pupils and teachers will not be required to wear masks.

Schools will be advised to stagger drop-off and pick-up times to avoid crowds of parents congregating outside buildings, while pupils will be encouraged to walk or cycle to school for the same reason.

The entire "Roadmap for the Full Return to School" can be read here.