Dare we hope that American Catholics have learned from its sinful past?

"The U.S. Catholic Church “could absolutely step in” and initiate its own investigation of past abuse of Native Americans." 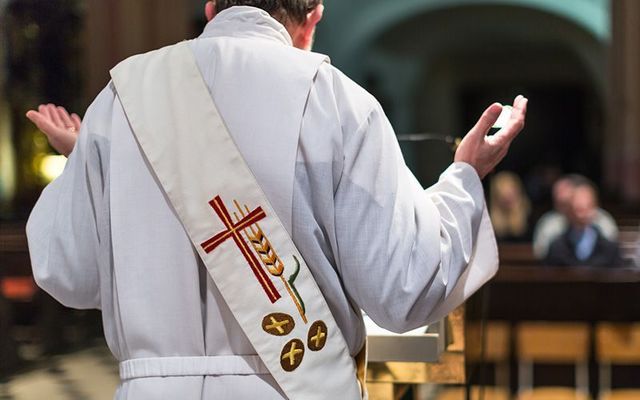 The 20-year anniversary of the 9/11 attacks will, of course, be painful for many Irish Americans.

So much so that it’s easy to forget that the attacks on Washington and New York City came just as the American Catholic Church was being forced to confront its gruesome history of sexual abuse and cover-ups.

As noted in the Academy Award-winning movie Spotlight, the team of Boston Globe reporters investigating the depth and extent of abuse allegations actually had to put their work on hold to research the terror attacks.

Well, just as the hideous suicide bombing in Afghanistan last week was a grim reminder of the “war on terror” that began two decades ago, so a recent report from north of the U.S. border forces us to recall some of the darkest moments in Irish Catholic history.

“The remains of 215 children were found (in May) buried in unmarked graves at a former residential school, one of more than 150 institutions in a defunct system that for well over a century forcibly separated Indigenous children from their families to assimilate them into Canadian Society,” NBC News reported.

“The discovery sent shock waves through the nation, prompting communities from coast to coast to lower their flags to half-staff and hold moments of silence in honor of the children.”

This gruesome news, of course, calls to mind the horrendous revelations at the Tuam Mother and Baby Home in Ireland, where the remains of nearly 800 babies were discovered several years back. 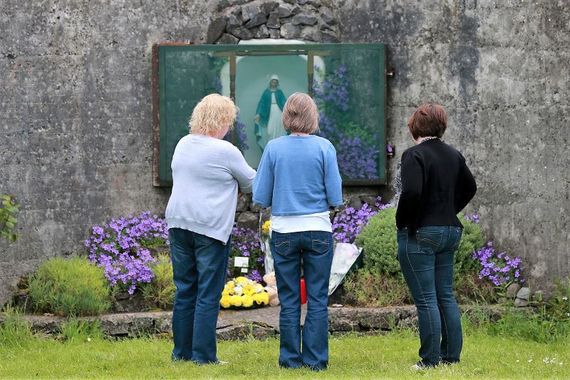 An altar on the plot where the mass graves were discovered at the site of the Tuam Mother and Baby Home.

Sadly, we may need to prepare ourselves for more terrible news along these lines.

“We hurt for the ancestors in Canada who never got to know where their children were,” Maka Black Elk, a chairperson at the American Indian Catholic Schools Network recently said.

Black Elk, also executive director for truth and healing at a former Jesuit-run Indian boarding school in South Dakota, added that the “reality of children dying at these boarding schools is not a new story.”

America magazine reported that, according to Black Elk, “it is likely that similarly informal and unmarked burials will be found among the boarding schools maintained for Native American children on the U.S. side of the border.”

Many such schools were run by the Catholic Church, which has always been a heavily Irish institution.

Ironically, in the 19th and 20th centuries, education funds for Native American schooling became a flashpoint for controversy.

Anti-Irish and anti-Catholic lawmakers did not want to fund schools that (they believed) would simply turn out class after class of new, loyal Catholics. Nativists thought it was bad enough that all of those Catholics were streaming into Ellis Island, and into big, dangerous, corrupt cities.

In a way, Irish Catholics and Native Americans were two groups on the outside, looking in at the respectable American mainstream.

Now it is likely those Catholics may be implicated in yet another horrible, historical American sin.

“You cannot talk about the Indian boarding school period,” Black Elk said, “without also talking about the way clergy sexual abuse happened there as well. Those are uniquely tied together.”

Black Elk told America that the U.S. Catholic Church “could absolutely step in” and initiate its own investigation of past abuse of Native Americans.

He also “made a presentation to representatives of the U.S. Conference of Catholic Bishops on June 9 to discuss the truth and healing work at Red Cloud and his hope that the U.S. Catholic church may be finally willing to begin, and fund, its own examination of conscience.”

Like many of us, Maka Black Elk is hoping American Catholics have finally learned from the past.

“My hope is that the church learned its lesson...in terms of how it responded to, certainly, Boston and afterwards,” he said. “The response shouldn’t be to run away. It should be to confront this head on.”