A new Dublin crime-land drama is vying for "Love/Hate's" crown. 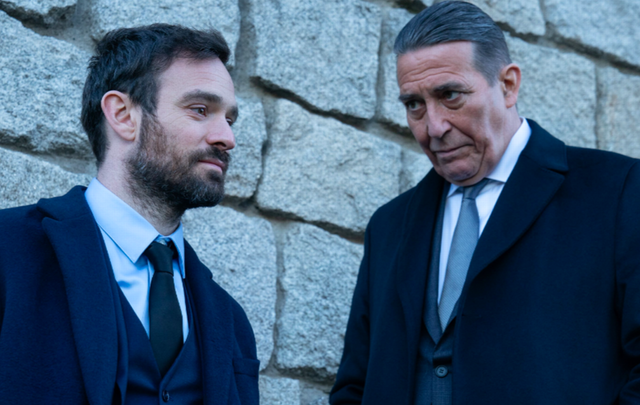 Dublin makes a rainy, atmospheric setting for crime dramas as anyone who watched "Love/Hate" – and that was most of Ireland – already knows. That's why moody new crime land caper Kin, starring  Clare Dunne, Aidan Gillen, and Ciaran Hinds (coming September 9 on AMC+) looks so good from the opening scene.

Aidan Gillen, 52, stars as the head of the beleaguered Kinsella family, whose main business is drug selling with a minor in money laundering. But when his operation is suddenly squeezed harder by the much bigger cartel in town (headed by Ciaran Hinds) he has to decide between his family and their fortune, between loyalty to the capo and his own business.

Gillen has three sons who have different degrees of emotional maturity, to say the least. Sam Keeley (best known for Dublin Murders) plays the most unstable one with the hair-trigger temper and a desire for revenge.

Emmett J. Scanlan (best known for Peaky Blinders) is his possibly psychotic sibling and Charlie Cox (best known for Daredevil) is just out of prison and trying to go straight for the sake of his daughter ex-con.

It's a pretty Shakespearean setup, and before you can say I think this isn't going to end well one of their number is shot in a gangland hit gone wrong. What follows is as predictable as it is gripping as the crime family embarks on an all-out gangland war with an international cartel, a war that because they are outmanned, out-financed and outgunned looks impossible to win.

Pretty soon and quite predictably the plucky but rash Kinsellas find themselves holed up in their Dublin stronghold watching their main businesses fail as their family members and associates are picked off. But there's one great strength they have on their side that all their better-funded enemies don't – an unbreakable family bond that is not to be messed with. 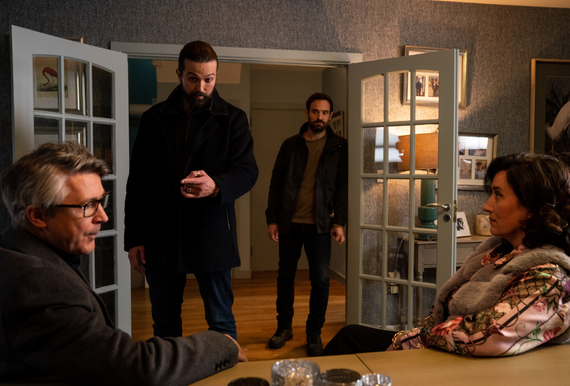 A Dublin crime family battles for its future in Kin

Clare Dunne is the anxious mother who's maternal instincts try to lead her son away from a life of crime toward a life in college. She knows better than most the true cost of the family's fortune and she wants her own son to steer clear of it, in scenes that she brings depth and real feeling too.

It's an unwritten law of crime-land dramas that the more you want your friends and family to prosper away from drug deals and shootings that surround you the more likely they are the first targets when the guns start to fire. 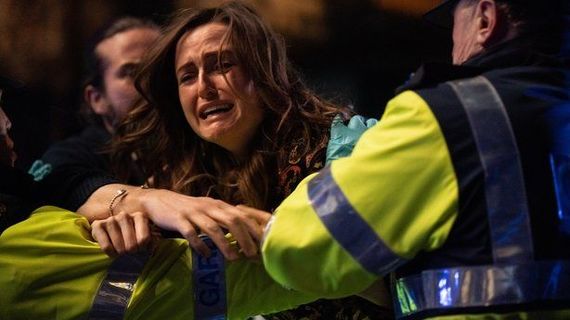 Clare Dunne stars as a bereaved mother in Kin

But it's particularly hard-hitting in such a tight-knit family and with a mother who, despite the world she inhabits, genuinely believes in her school smart son and his future away from the mean streets. Dunne, recently seen in the terrific abused woman takes back control of her life flick Herself, is a new Irish star on the rise and this role plays to every one of her acting strengths.

What Kin gets right from the opening scene is that although on first view this may look like another inner-city crime drama, in fact, it's really all about small families who take on the big-time crime cartels that try to crush them. It's a David versus Goliath flick with an extensive body count in other words. 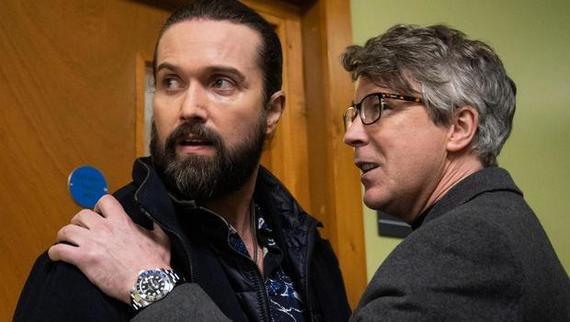 Admittedly at times, the cast can look a little too glamorous for the north Dublin career criminals on the make flick this show (which runs to eight episodes) passes itself off as. Take the family member played by actor Charlie Cox, who plays the ex-con son who wants to steer clear of nefarious activities in the hope of being permitted to see his daughter, for example.

Like so many onscreen actors these days, Cox has a background that is far more illustrious than anyone he ever plays onscreen. A descendant of several prominent forebears including the Baronets of Agnew and Carnegie, the Earl of Findlater, and the Colonial Governor of New York, Andrew Elliot, he's a reminder that to get into a good acting school and onto our screens these days you practically have to have a peerage or be born to the royal family.

Watching Irish crime-land capers with a cast who often look like they'd be more comfortable in Positano than Phibsboro can be an imaginative stretch, despite how obviously successful their operation is.

But then you remember that this drama is really investigating the ties between family members rather than ties to the literal truth of Dublin criminal life and you forgive the upper-middle-class playing working criminals (or do you?).

What's undeniable is how professional Irish film production has become and how well suited the Dublin streets are to gritty gangland war stories like this one. Written by Peter McKenna (best known for the Garda crime drama Red Rock) Kin clearly knows Dublin's back streets and the hoods who police them like the back of his hand. 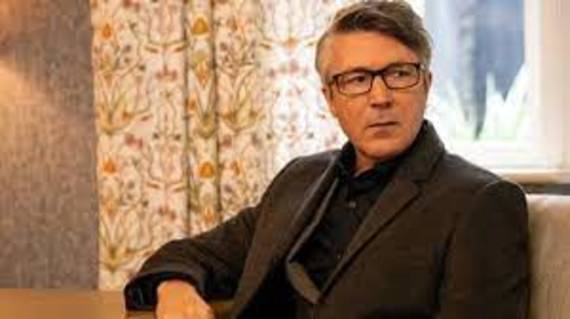 If the dialogue is sometimes stilted and the developments a little too predictable it's because they're so believable and often ripped from real-world headlines. There's more than a bit of Irish true crime inspiration guiding the developments in this tragic and weirdly inspiring tale. In particular, you may spot echoes of the true-life Kinahan family saga, which erupted in bloodshed in 2015.

Whilst it would be fair to say that Kin is not a retelling of the Kinahan saga, but there are echoes that are unmistakable pretty much from the opening scene.

Onscreen in the new drama, Gillen gives a slow burn performance as a father whose errant sons lure him and his thriving business into a conflict he didn't seek and tried to prevent, but now that conflict's here he's not going to run away from it.

It's a measure of the show's stature on the international production list that AMC, the network that has given us Mad Men, Breaking Bad and The Walking Dead will make Kin a key drama in their autumn AMC+ lineup.

Irish stars, screenwriters, and production companies have been playing in the big leagues for over a decade now and Kin strongly makes the case for their inclusion.

It will be interesting to Irish production companies to branch away from the obvious drama of crime-land shoot-em-ups toward quirkier and more challenging dramas going forward, but however, you look at it this show is an unmistakable step in the right direction.

"Kin" broadcasts on AMC+ on September 9.

Watch the trailer for "Kin" here: