The Irish language film "Arracht" has been optioned by an Oscar-winning producer Greg Shapiro and his Kingsgate Films to get remade in English in the US. 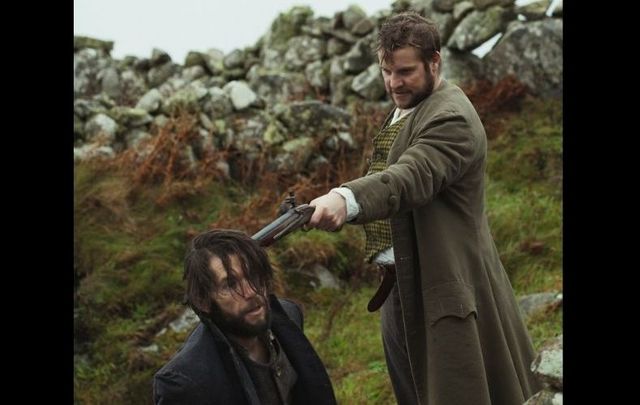 A still from the award-winning Irish-language film "Arracht." Macalla Teoranta

"Arracht," the Irish-language film which was put forth for Oscar consideration earlier this year, is set to be remade in English.

Shapiro is best known as the Oscar-winning producer of The Hurt Locker.

Cúán MacConghail, producer of the original “Arracht,” responded to the news saying: "To have produced a film that moved Greg Shapiro and his team so much, that they wanted to option it is the stuff that dreams are made of. He has produced several of my top ten films of all time. Tom and I are so delighted."

Tom Sullivan, who directed “Arracht,” told IFTN: “I was so excited when Greg and his team responded the way they did, the film seemed to really resonate with them. It will be fascinating to see where they take our little big film next.”

Macalla Teoranta, the Dublin-based production house behind the original film, says that the film, set in 1845 Ireland, centers on fisherman Colmán Sharkey, who takes in a stranger, Patsy, a former soldier, who arrives just ahead of the blight – a crop disease that caused the Great Plague, killing and displacing millions of Irish people.

"Arracht," which was filmed entirely on the remote west coast of Ireland in Connemara, received backing from Screen Ireland, the Broadcasting Authority of Ireland, and TG4.

It was submitted by Ireland for review by the Academy of Motion Picture Arts and Science for the Best International Feature Film, but it did not receive a nomination.

The new English-language deal comes ahead of the long-awaited theatrical release of "Arract" in Irish cinemas - Break Out Pictures will release Arracht in theaters across Ireland on October 15.

"Arracht" is also due to arrive in US cinemas, though a date remains unconfirmed.