WATCH Dublin gang drama “Kin” to debut in US in September

"Kin," the new eight-part series starring Aidan Gillen, will stream on AMC+ in the US starting September 9. 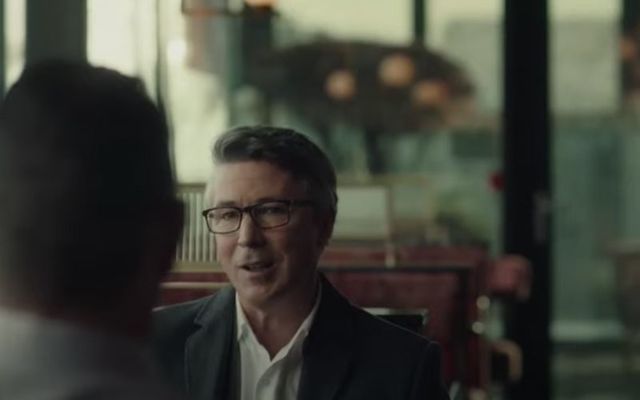 The Irish gang drama "Kin," starring Aiden Gillen and Ciarán Hinds, is coming to the US next month.

The eight-part series will stream on AMC+ starting September 9.

"Kin," which was filmed in Dublin, follows the lives of a fictional Dublin family embroiled in a gangland war.

Actor Aidan Gillen, who has starred in Game of Thrones and RTÉ's hit series Love/Hate, plays the head of the family.

The show aired on RTÉ earlier this year and has already been acquired by a number of international outlets.

Gillen told the Irish Examiner that the series and its uniquely Irish elements have not been “watered down” for global audiences.

“This is being made by an American producer largely and they've been with it from the start. There haven't been big demands to water down content or local reference at all.

"That could have been a problematic journey, even after you shoot, if you go: ‘Are they going to try and change this?’ It didn't happen, not as far as I know. It is quite a niche world. Even in Ireland it is. It remains to be seen but the American producers are quite confident, and they've seen it. They test things to the hilt over there."

The drama series is thought to be inspired by the notorious Kinahan Cartel.

An insider revealed earlier this year: "Kin means family but it is also the first three letters of the Kinahan family.

"The series is not based on them but there is no doubt that the Kinahan and Hutch feud over the last few years was some kind of inspiration for the new series.

"It's about a fictional crime family in Dublin and their underworld dealings with other criminal families.

"It's not the Kinahans' story but people can draw their own conclusions. Viewers will be able to make up their own mind about it."