The six-episode series from "Derry Girls" creator Lisa McGee is now on Netflix in Ireland. 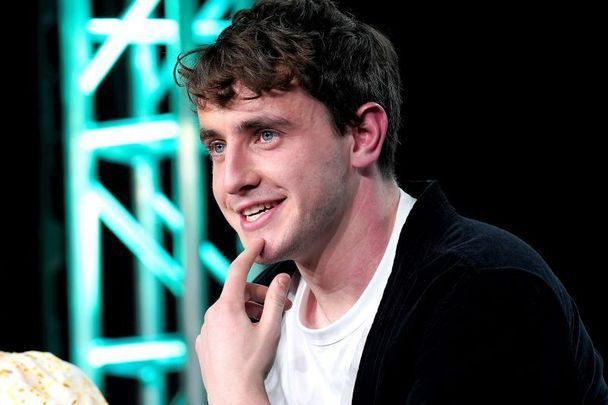 The Kildare native, who is best known for his breakout role as Connell Waldron in the Sally Rooney mini-series adaptation "Normal People," appears in a new psychological thriller from "Derry Girls" creator Lisa McGee.

The mystery series tells the story of Ophelia (Emily Reid), an English student who falls in love with Cambridge professor Michael (Emmett J Scanlan). When Michael disappears, the pregnant Ophelia tracks him down in the fictional Co Donegal town of Knockdara, only to find his wife Róisín has died in a house fire.

The Irish Times likened the series to a remake of Daphne du Maurier’s Rebecca but set in rural Donegal.

Mescal plays Sean, a builder and volunteer fireman, in Knockdara. The young Irish actor, who only has a supporting role here, filmed the series immediately after "Normal People," but before the Hulu show aired and catapulted Mescal to international fame.

"The Deceived" was initially released on Channel 5 last August, and now the six-episode series is airing on Netflix in Ireland, reports Her.ie.

Mescal has kept busy since his star-making role  in "Normal People," for which he won the Leading Actor BAFTA award and nabbed an Emmy nomination. Last year, he was cast in the film “The Lost Daughter,”  the directorial debut of Maggie Gyllenhaal, starring Olivia Colman and Dakota Johnson. The 25-year-old actor will also star with Irish actress Saoirse Ronan in the upcoming movie "Foe," which is set to start filming in Australia in January.

Watch the trailer for "The Deceived" here: