Irish musician Niall Horan dispelled a few American myths about Ireland during a hilarious stint as guest host of Jimmy Kimmel Live! in the US on Tuesday night. 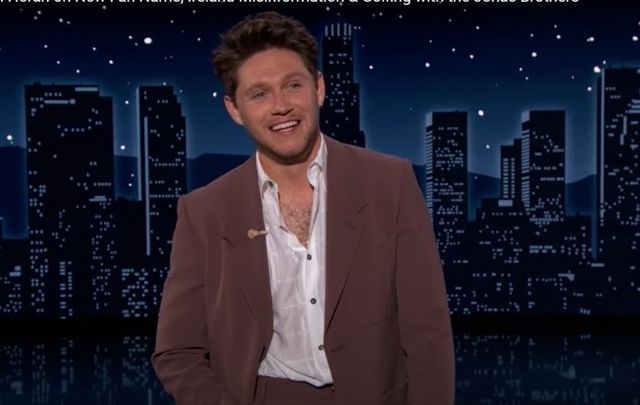 Niall Horan dispelled a few American myths about Ireland during a hilarious stint as guest host of Jimmy Kimmel Live! on Tuesday night.

Horan, native of Co Westmeath and former One Direction star, stood in for Kimmel on Tuesday and introduced the show with a traditional opening monologue.

Horan gave his fans a questionable nickname during the monologue and also gave a commendable impression of Irish UFC fighter Conor McGregor.

His revealing segment on American myths about Ireland, however, was by far the most comical and eye-opening part of the monologue.

"When people find out I'm Irish, that’s all they want to talk about. Everybody seems to be from Ireland in America," Horan said during the opening monologue.

"'Oh my god, you’re Irish?! My dad’s brother’s neighbor is Irish too! Do you know him?’ No. I don’t and guess what? I couldn’t give two f**ks about him either," the former One Direction Star said to shrieks of laughter.

"On St Patrick’s Day in Ireland, you just go to mass and light a candle with your granny. Here in America, you just sing U2 songs all day and then puke green beer on your Uber driver."

Horan also took to the streets of Hollywood in a pre-recorded clip to reveal just how little some Americans knew about Ireland.

None of the people interviewed were able to name an Irish city apart from Dublin, with one person stating that Morocco was, in fact, an Irish city.

What's more, no one was able to point Ireland out on a map, with one person pointing at Russia because it was "green".

One woman said that she thought St. Patrick was "just a leprechaun", while a man named "the Lucky Charms guy" as his most famous Irish person.

In a comically embarrassing moment for Horan, several Americans named Liam Payne and Louis Tomlinson as "famous Irish members of One Direction".

Horan rounded off the opening monologue by taking the Jonas Brothers on a whacky round of golf in another pre-recorded clip, which was followed by an extremely flirty interview with American popstar Lizzo during the actual talk show.