"Anyone who had any concerns about Sinn Fein's acceptance of our democratic values and structures must be deeply worried by this." 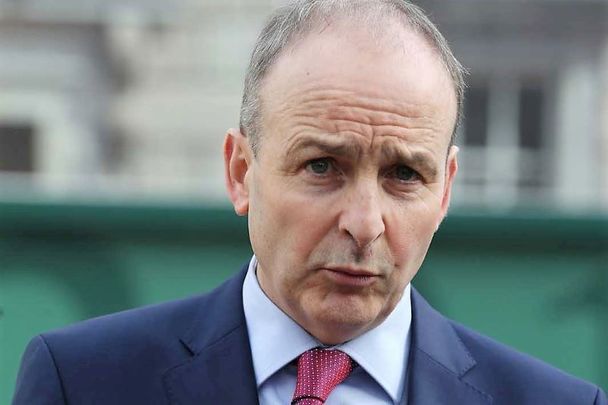 "Anyone who had any concerns about Sinn Fein's acceptance of our democratic values and structures must be deeply worried by this."

It's now clear that it's going to take weeks to form a new government in Ireland.  When the 33rd Dail met for the first time last week all four candidates for the position of taoiseach fell far short of the 80 required for a majority in the House.

Sinn Fein leader Mary Lou McDonald got the highest number of votes (45), a few votes ahead of Fianna Fail leader Micheal Martin (41).  But the low numbers showed just how far anyone is from being elected taoiseach and the difficulty there will be in forming a coalition between parties to produce a government.

Read more: Will the Irish always be in ‘the shadow of the gunman’?

None of this was a surprise, given the almost equal four-way split in the election result between Sinn Fein, Fianna Fail, Fine Gael and the rest (smaller parties and independents).  As we said, it's going to take weeks of negotiations to make progress. 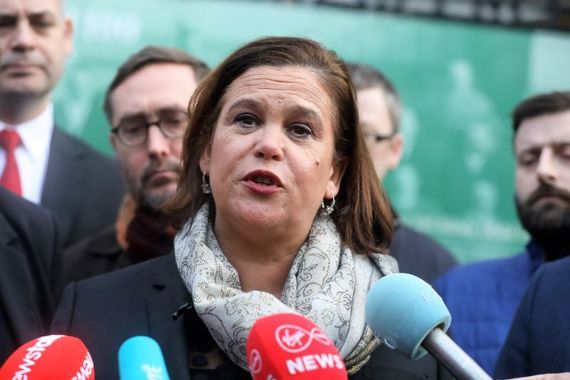 In the meantime, the present government remains in place, with Leo Varadkar continuing as taoiseach.  The Dail adjourned and the bargaining is now underway -- it could be after Easter before we see a conclusion and a new administration.

One thing was a surprise in the one day sitting of the new Dail, however, and that was the level of bitter animosity displayed by McDonald in responding to a speech by Martin in which he gave the reasons why he could not envisage going into government with Sinn Fein.

Martin's powerful speech -- all the more effective because of the calm, considered manner of its delivery -- was a damning assessment of Sinn Fein, its questionable democratic structure, its continuing attempts to legitimize the IRA's "murderous sectarian campaign," and its weasel words even today when asked to reveal the names in on-going IRA criminality.  It's worth reading the speech in full (you can find it on the Dail website, Oireachtas.ie), not least his dissection of their far-left economic policies and their simplistic, populist stance on the complicated issues facing the country.

But it was his examination of the IRA-Sinn Fein double act which was most telling, in particular the way Sinn Fein continues to do its we-know-nothing act in relation to IRA activity of the most brutal kind, even post-ceasefire events like the savage murder of Paul Quinn here in the south and Robert McCartney in the North.

"People who accused us of talking about the distant past should please remember the case of Robert McCartney, a 33-year-old father of three who, 10 years after the ceasefire, was stabbed and beaten to death in a public house full of 70 Sinn Fein activists, none of whom admitted to seeing anything," Martin said.

He said that one of those activists recently was appointed by Sinn Fein as a minister in the new administration in the North.

"When challenged about what she had to say regarding the savage murder in question, the new minister claimed not to have noticed. She asked to meet the family and called for anyone who had information to come forward,” Martin said.

Martin explained that this was the standard Sinn Fein way of dealing with such issues, including the horrific murder of Paul Quinn by an IRA-led gang of thugs.

"Every single time an issue arises about the behavior of people associated with the Provisional movement and today's Sinn Fein, the response is to attack and dismiss. Only when the evidence keeps piling up and the political pressure grows is there any movement. Offers to meet are expressed and calls for cooperation with law enforcement are issued -- but nothing ever happens,” Martin said.

“No one ever comes forward. Victims never get justice."

Martin said that Sinn Fein's “glorifying of the Provisional IRA isn’t an accident of one (Dail) deputy’s exuberance,” a reference to Sinn Fein TD David Cullinane's shouts of “Up the RA” at his post-election event.   McDonald herself in the recent past had praised Provisional IRA units, Martin said.

"When she ends speeches with ‘tiocfaidh ár lá’ she knows full and well what the use of that phrase means. Popularized first by Gerry Adams, for decades it was shouted in our courts to signal a refusal to recognize this democratic republic.”

Martin pointed to "the fundamental issue that we (in Fianna Fail) do not believe that Sinn Fein operates to the same democratic standards held by every other party in this House."

He referred to the evidence that Sinn Fein is still under the control of senior figures in the IRA (a view restated last week by the police both here and in the North who believe the IRA Army Council still exists and still directs Sinn Fein policy and decisions).

"The operation of a shadow system of control over ministerial decisions (in the North) are not inventions of political opponents, they have been documented in great detail," Martin said.

The speech covered many other aspects of Sinn Fein that are worrying to any democrat and make the party unsuitable for government here in the south.  Although there was nothing new in the speech, the cumulative effect of laying all this out in a calm, careful manner was devastating.  As though stunned, the Dail listened to what Martin had to say in almost total silence.

In contrast to his unemotional, factual speech, McDonald's speech in response bordered on the hysterical.  In a voice dripping with anger and contempt, she referred to Martin's "vitriol," his "very narrow and bitter mind," and "all of the bile that he exudes."  Her tirade garnered up to a million hits online.

But what McDonald did not do in her speech was answer any of the charges Martin had made.  So no change there, in spite of Sinn Fein claiming to be all about "change."

What McDonald did was repeat much of the Sinn Fein populist program about quickly solving all the problems in housing, health and everything else.  Sinn Fein had "won the election" and deserved to be in government.  To deny this was to discount the votes of hundreds of thousands of voters, she said.

But simply repeating this mantra endlessly does not make it true.  Fianna Fail won the most seats in the Dail, not Sinn Fein.

Yes, Sinn Fein did get the most first preference votes but it did not "win the election."  It got 25 percent of the vote, which means that 75 percent of people did not vote for its radical program of "change."

If it cannot form a coalition that has a majority in the Dail, it has no right to be in government.  And the other parties have every right to refuse to form a coalition with Sinn Fein if they believe doing so would put our democracy and our economy at risk -- which is Martin's position.

No one knows when or where all this is going to end, although a grand coalition between Fine Gael and Fianna Fail -- finally ending the century-old Civil War split -- seems the only viable way forward.   What is clear is that Martin has emerged both from the election campaign and its aftermath with an enhanced standing as the guardian of our republic and our moral values.

It would have been far easier for Martin to sidle into a coalition with Sinn Fein and get to be taoiseach.  He is, after all, the leader of "Fianna Fail - the republican party," the side which opposed the Treaty that caused the partition of Ireland a century ago.  It should have been a natural fit.

But Martin opposed this path because, like de Valera in the 1940s and '50s when IRA men were interned and executed here in the south for challenging the state, he recognizes that the current iteration of Sinn Fein/IRA is a threat to our democratic values and to the republic both Fine Gael and Fianna Fail, despite their differences, have built here over the decades.

A further revealing indication of why Martin is correct was the declaration last weekend that Sinn Fein is to hold a series of public rallies across the country to promote its "right" to be part of "a government of change."

Anyone who had any concerns about Sinn Fein's acceptance of our democratic values and structures must be deeply worried by this.  It's not the same, of course, either in tone or scale, but it's eerily reminiscent of 1930s Germany, the Nazi rallies with their private army and their campaign for “change” combining nationalism and socialism.  And we all know how that turned out.

Read more: Ireland does not plan to screen for coronavirus at airports, for now