Ryanair's Chief Executive Michael O'Leary has said that he thinks Muslim men should be profiled at airports because they are the biggest threats. His controversial comments have been condemned by charities and UK politicians. 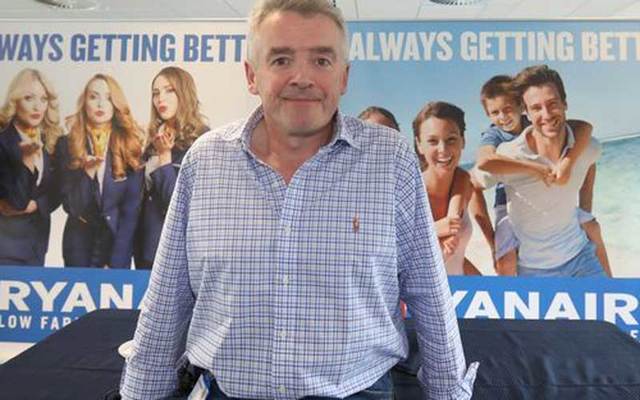 Ryanair boss Michael O'Leary made the controversial comments to the Times of London. Rolling News

Ryanair Chief Executive Michael O'Leary has controversially said that he believes more Muslim men should be profiled at airports because "that is where the threat is coming from."

The Irish businessman told the Times of London that terrorists will generally be "males of a Muslim persuasion."

"Who are the bombers? They are going to be single males traveling on their own," he said.

He also said that families with young children should be subjected to less stringent security measures because there was virtually no chance of them carrying bombs.

"If you are traveling with a family of kids, on you go; the chances you are going to blow them all up is zero."

O'Leary's comments have been condemned by a number of charities and Labour MP Khalid Mahmood, who accused the Ryanair boss of Islamaphobia and stoking racism.

"If he can tell me what color Muslims are then I'd be very happy to learn from him - you can't judge a book by its cover," he told the Times.

"In Germany this week a white person killed eight people. Should we profile white people to see if they're being fascists?

"He's being very blinkered and is actually encouraging racism."

On a separate topic, O'Leary also claimed that the airline industry was being unfairly criticized on environmental issues.

The Ryanair CEO said that television news always used clips of planes taking off when they are running segments on climate change, despite the fact that "aviation only accounts for 2% of CO2 emissions."

O'Leary also commented on another topical subject and said that it would not be long before some male air stewards wore skirts.

In an equally blunt manner, he said: "It's the way of the world."

"We are Europe's largest airline carrying many millions of millennials, so we have to pander to all that nonsense."