IrishCentral talked with Larry Kirwan about "Rebel in the Soul," a play about Ireland's Mother and Child scheme. 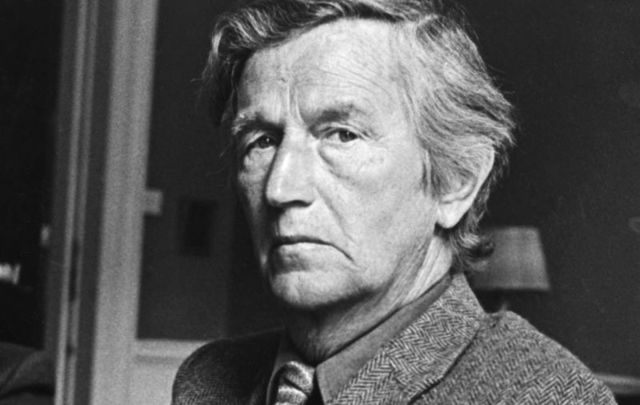 Dr. Noel Browne passed away on May 21, 1997. In memory of the controversial Irish politician, we look back at the notorious "Mother and Child" scheme he established which brought down a government.

Editor's Note: On the anniversary of the death of Dr. Noel Browne, the Irish politician who challenged the Catholic Church in Ireland by attempting to provide free healthcare for all children under 16 and pregnant women, we look back at this article from 2017, where our columnist Dermot McEvoy speaks to Black 47 star, playwright, and IrishCentral contributor Larry Kirwan on the play he penned about Dr. Browne.

When Larry Kirwan disbanded his Black 47 band in 2014, he heeded Dylan Thomas and did “not go gentle into that good night.” Since 2014, he has hit the road as a solo performer and continued writing away. The result is the opening at the Irish Repertory Theatre on April 12th of Rebel in the Soul, his new play about Archbishop John McQuaid, Dr. Noel Browne, and Seán MacBride, and the battle of the Mother and Child Scheme in 1951.

The notorious “Mother and Child” scheme

IrishCentral caught up with the peripatetic Kirwan and asked him about Rebel in the Soul and its making. What made a man born in County Wexford in 1954 go back over 66 years in Irish history to review the relationship between Browne and McQuaid?

“For those of a progressive nature who grew up in Ireland,” said Kirwan, “Dr. Noel Browne was a beacon of light. He was unswervingly on the side of the people rather than any political or religious establishment; he had also successfully led the fight to eliminate tuberculosis, the ‘silent killer’ that had ravaged Ireland for a century. Simply put, he and Archbishop John Charles McQuaid represented progressivism and conservative Catholicism in the Ireland of 1951.”

IrishCentral asked Kirwan to describe what was, exactly, the Mother and Child Scheme: “It was basically an attempt,” he said, “to give universal health care to pregnant women, and children up to the age of 16.

"Ireland had one of the highest rates of infant mortality in post-war Europe and many pregnant Irish women never even had a doctor’s visit prior to giving birth.”

Mother and Child sounded like a great idea, a win-win situation for all sides. So why was McQuaid against it?

“Power,” was Kirwan’s succinct reply. “McQuaid could feel that Browne might be edging in on his turf. It was one thing to battle TB, another to take over family health matters. It might also lead to contraception, family planning, and even abortion. Even in the tuberculosis fight, Browne was seen to be overstepping his powers, insisting that people go to sanatoria.

"McQuaid also hated communism and could sense that Browne was edging towards socialism. Remember, that in post-war Britain, the government was run by the Labor Party, with many socialists involved. Browne represented a change in Irish politics. And on top of everything, McQuaid hadn't been consulted on the matter.”

The final triptych in this play is Seán MacBride, the Minister for External Affairs in the John Costello government, the man who finally—and almost unilaterally—declared Ireland a Republic in 1949. 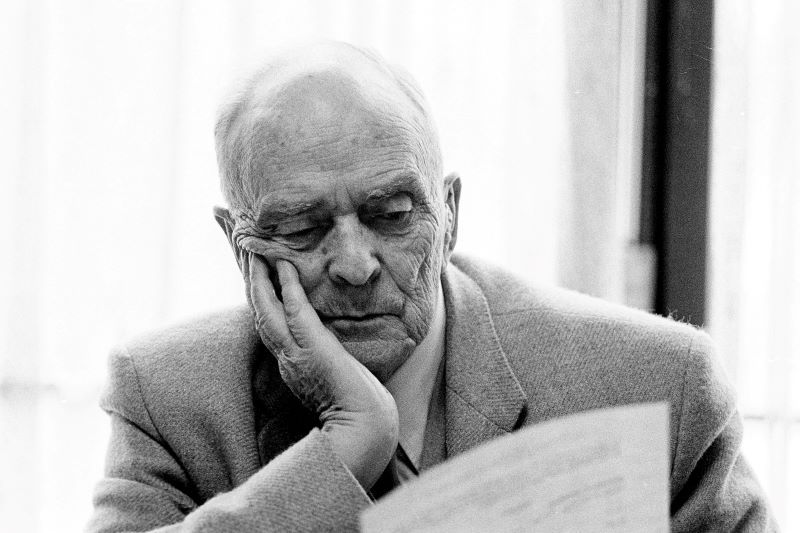 “A fascinating character,” says Kirwan, “the son of Maude Gonne and John MacBride, Seán was raised to be a ‘man of destiny.’

While still a teenager during the War of Independence, he had been a trusted colleague of Michael Collins; later on, he became private secretary to Éamon de Valera—the dominant political figure in Ireland. MacBride rose to Chief of Staff of the IRA, and was a leading barrister, before founding Clann na Poblachta, a political party dominated by ex-Republicans and progressives. Shortly before the General Election of 1948, at the age of 33, Dr. Noel Browne became a member of ‘The Clann’ and was elected to the Irish parliament. MacBride chose him to be Minister for Health in a coalition government.

“Both were very strong characters,” continued Kirwan, “and they clashed while in government. Each was to suffer huge career setbacks over the Browne/McQuaid conflict.

"MacBride would go on to help form Amnesty International and receive both the Nobel Peace Prize and the Lenin Peace Prize. He is best known in Irish-America for introducing the MacBride Principles for Northern Ireland. He was a great man, but it could be suggested that he uncharacteristically chose pragmatism over principle in his dealings with Browne and McQuaid.”

Noel Browne’s lasting legacy was eliminating TB—“the consumption,” as it was called—from Ireland, something that became possible with modern drugs. “Browne’s mother, father, brother and sister, had all died from TB,” says Kirwan.

“His personal story is so amazing it might seem far-fetched in a work of fiction. He had a driving desire to cure Ireland of the dreaded disease. From the moment he became Minister for Health he diverted the money received from the Irish Hospital Sweepstakes and devoted it to building sanatoria around the country. He ensured that everyone who had TB receive free treatment including the recently discovered ‘miracle drugs’ of BCG and Streptomycin; he also paid needy families a subsistence allowance so that breadwinners could spend time in the sanatoria.

"Within three years he had halted the disease in its tracks, and it was essentially eliminated from Ireland over the next twenty years. There were few Irish families who hadn’t suffered from TB; in fact, since news of the play broke I have been contacted by many people who just wish to convey how grateful they still are to Dr. Browne for saving a family member.”

Like most authors, Kirwan has a great affection for the people he is writing about. “They are all gloriously flawed—despite being three of the great men of their times.

"Because of the structure of the play, we get a chance to observe them early on in private moments and can take their measure. They are soon caught up in a crisis, in many ways beyond their control, and we see them under pressure and often making wrong decisions.

"Rebel in the Soul deals with a watershed moment in Irish history that would have huge consequences for the characters, the country and the Catholic Church. Over the years, Browne has come out of it best, yet he never got to fulfill his great promise. The other two are tragic in many ways—McQuaid’s church would lose its power and ultimately be disgraced; Clann na Poblachta was destroyed in the ensuing election, MacBride never recovered his stature in Irish politics, and if you study any picture of him, despite all his achievements, there’s always a haunted look in his eyes.”

Rebel in the Soul had been a work-in-progress for many years before it finally hit the stage. “It’s not unusual for a play to take four or five years from conception to production,” Kirwan told IrishCentral.

“There were some other factors in this case too. When we decided to disband Black 47 I went on the road for a long period and made a new album. Then my musical, Hard Times, became a success and is now being developed for a major production. These and other factors caused Rebel in the Soul to be put on hold for several years.

"But Charlotte Moore had always been attracted to the play, the era, and the characters; and I guess the timing was right for her. As ever it’s great to work at the Irish Rep—like coming home to family. It’s the perfect place to watch these fascinating Irish characters come to grips with an issue 66 years ago that’s roiling the U.S. right now—healthcare and insurance. To add fat to the fire, the decisions they made under pressure back in 1951 led to the shaping of Ireland as we know it today.”

Kirwan credits Charlotte Moore, the Artistic Director and Co-Founder of the Irish Rep, for helping him develop the play. “The first drafts of the play had only two characters, Browne and McQuaid. After an early public reading at the Rep, Charlotte suggested that I expand the work and include Seán MacBride since he was often mentioned in the text. Browne, MacBride, and McQuaid are very dynamic characters who make mistakes under pressure—a good foundation for any play.”

Kirwan is effusive in his praise for the people who make Rebel in the Soul work. “We have an outstanding cast, Patrick Fitzgerald as Browne, Sean Gormley as MacBride, and Sarah Street as Phyllis Browne really identify with and take possession of their characters. Charlotte Moore directs with her usual passion, flair, and exactness.”

On the road again…

Writing Rebel in the Soul while out on the road has had a therapeutic effect on Kirwan. “Writing keeps me sane while on the road. There’s an intensity, and a focus on the ego when you’re touring and playing. But when I’m in a hotel room after the gig, and I begin to deal with three charismatic figures like Browne, MacBride and McQuaid, I become a boy again back in Wexford, questioning my grandfather on politics and the times, and digesting his answers. The hours speed by as you turn historical figures into dramatic characters. Tighten the screws, heighten the pressure, deepen the intrigue, and you bring a special moment in time shimmering back to life. Before you know—it’s morning, you’re rip-roaring and ready to hit the road again.”

* Dermot McEvoy is the author of "The 13th Apostle: A Novel of Michael Collins and the Irish Uprising" and "Our Lady of Greenwich Village," both now available in paperback, Kindle, and Audio from Skyhorse Publishing. He may be reached at dermotmcevoy50@gmail.com or his website. You can follow "The 13th Apostle" on Facebook.