Coronavirus and politics - the Wildest of Atlantic Ways

Apologies to you all from this stormy coast of the Wild Atlantic Way which is living up to its reputation for sure during the ritual Ides of March. 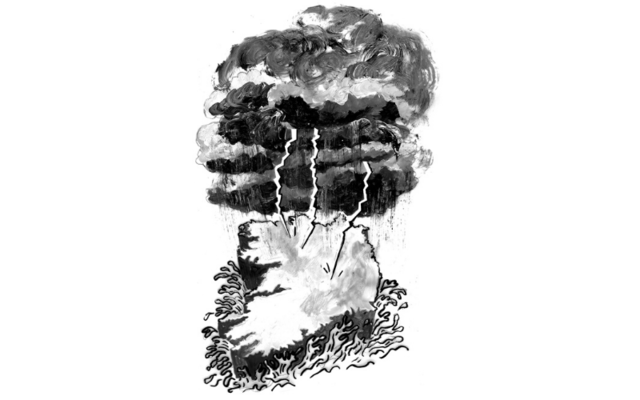 Apologies to you all from this stormy coast of the Wild Atlantic Way which is living up to its reputation for sure during the ritual Ides of March.

We’ve been getting the worst of the storms for what seems like a lifetime already and the forecast is for more of the same to come.  I hope this manages to get through before there is another squall or thunderstorm to black us out again.

This citizen of Killaloe, frankly, is at the end of his tether! Apologies all round again, maybe especially to the three winners of our recent musical competition who, so far, I’ve been unable to transmit the haunting air to match their lyrics.

God is good and it will happen soonest. That is if I survive all the system breakdowns that have paralyzed the Emerald Isle these past few days.

Sometimes during the recent dark days, we are going through at every level I have my doubts on that score! However, we have to soldier on.

This deadly coronavirus, of course, has reached us, as was certain to happen sooner rather than later.  Schools are closing down, folk are afraid to shake hands with each other to avoid transmission, the government talks are in tatters, there might not be any St. Patrick’s Day marches and communal celebrations anywhere in the country because of the health scare, everybody has forgotten the economic and political risks associated with Brexit, and Sinn Fein leader Mary Lou McDonald is garnering extra momentum by the day and hour.

The filthy weather and flooded roads have effectively imposed a quarantine upon about all of us. I could go on and on but I best stop there because the lights are flickering again as the house quakes beneath lacerating showers of sleet, and there is distant thunder over the swollen Shannon frothing away angrily a few hundred yards away from the doorstep.

Read more: Everything you know about the St. Patrick's Day shamrock is a lie

If I sound depressed and fearful that is a true reflection of my current mood. Apologies all round again to you all.

I just about managed to drop into a Tipperary pub briefly as February finally expired.  I needed a hot toddy to assist my walk home across the angry Shannon that is flooding the sodden island all the way down from Leitrim to the Atlantic.

Their TV was still functioning and they were tuned in to the rapidly developing Democrat race for the White House rather than the pointless politician games being played out here at home.

Ruefully I thought to myself I’ll need a miracle like that Joe Biden comeback from the edge of the grave to even survive until St. Patrick’s Day the way things are going.  It is not just around Knock in Mayo that miracles still occur.

On the other hand, maybe I was doting a bit more than normal because I thought I also saw on the screen a beaten contender for the White House, whose name escapes me now, actually being introduced to the audience by his husband. I can’t even fathom the gender dimensions in action nowadays in an era when Ireland is still being led in a caretaker capacity by our own proudly gay Taoiseach Leo Varadkar.

Often a conservative enough senior citizen of my generation can be baffled and bamboozled by these modern gender definitions.  It does not appear to be fashionable any more to be straight, as they used to say.

Is it a disadvantage for Biden to have a glowingly happy and articulate (female!) wife always by his side during the Super Tuesday extravaganzas currently dominating your domestic airwaves right around the Disunited States presided over by a president who is maybe beginning to totter a bit on his perch?

Again time will tell if he will shortly be returning to enjoy a retirement at his luxurious golf resort here in West Clare.  For your sakes, infinitely more than my own, I devoutly hope that comes to pass.

I have to conclude here because the storm outside is growing wilder by the minute, there is the strong possibility we will suffer another power cut at any moment, there is a loose slate rattling on the roof, there is sleet ripping into the garden, distant thunder is coming audibly much closer, and I badly need another extremely hot toddy as news comes on the RTE airwaves that the Pope in Rome is suffering from a bad cold and will not be going on retreat in the coming days. One hopes that what His Holiness is experiencing is nothing more than a cold!

I’d recommend a strong hot toddy as a remedy and voluntary quarantine until St. Patrick’s Day at least.

Hope this gets through. Look after yourselves. God bless you all and avoid those dangerously infective handshakes that have already killed thousands of us all over this incredible world.

Read more: If St. Brigid and St. Patrick had an argument