Children of priests and their mothers still shunned in Ireland

Irish man Vincent Doyle, who was fathered by a priest, argues that the "dispositions and attitudes" towards the marginalized have been "enacted into legislation" in Ireland. 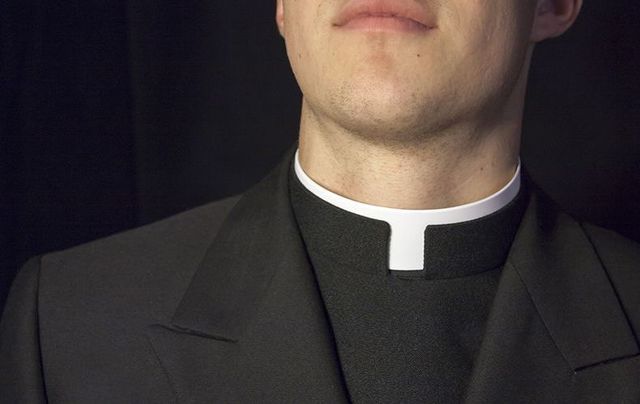 Vincent Doyle, an Irish man who found out later in life that he was fathered by a priest, responds to the Irish government's recent Final Report of the Commission of Investigation into Mother and Baby Homes.

Doyle, an Irish author, psychotherapist, and human rights activist, is the founder of Coping International, an online support and resource group for people who were fathered by members of the clergy.

Below is Vincent Doyle's reaction, in his own words, to The Final Report of the Commission of Investigation into Mother and Baby Homes which was published on January 12:

"In the wake of the release of the Irish Mother and Baby Home report, the Irish State rightfully condemns the criminal activity that occurred to women and girls and their children, crimes and human rights violations that occurred in our recent past. Part of the ingredients that fostered this intolerable treatment of people in jails, misleadingly called ‘homes,’ was inaction, ignoring what lay in front of us, and of that, we are all guilty, at least in part.

"However, this inaction, this dismissiveness, this social apathy toward the marginalised is not only present in today’s society in Ireland, but it has also been formalised by the State.

"The Republic of Ireland’s report [available online here] contains ten cases where priests fathered children, and the Northern Ireland report [available online here] contained at least one case. The numbers are not what is significant, what is of note is the attitude that encouraged marginalisation of these pregnant women, and that the attitude is still alive; thus, how can apology be accepted as being genuine?

"The Irish Government has repeatedly, since 2014, refused to acknowledge the issue of children of priests, despite being directly asked to address the issue in 2016 by the United Nations.

"Ministers Kathleen Lynch and Mary Butler, successive Irish Ministers for Mental Health refused to acknowledge - despite my pleas - in any way, the emotional difficulties that arise from being silenced with regard to children of priests. Questions put to then Taoiseach Enda Kenny regarding the issue were disallowed. The Minister for Children, Frances Fitzgerald, claimed to have written a letter in support of Coping’s efforts to support women and children, however, the letter could not be found upon request.

"The church did what was right, irrespective of the fact that the State did not intervene. What does this say for the state?

"What is important to recognise here is this: has anything changed? Why apologise when you clearly do not mean it?

"'Access to one’s own identity is a basic right,' the words of Taoiseach Micheál Martin, given during his apology to survivors of Mother and Baby Homes. A “right to identity”, yet in 2015, the Irish State put into law, regarding donor-conceived children requesting the identity of said donors: “if satisfied that sufficient reasons exist to withhold the information concerned from the donor-conceived child, [the Minister] shall refuse the request.”

"So, access to one’s identity is not absolute, despite it being a ‘basic right,’ according to the Taoiseach.

"The Mother and Baby Home evokes an elitist, adult-centered dysfunctional society that managed aspects of society it deemed unworthy or intolerable. The question remains, has this attitude changed at all, or has it been dressed up in a suit, hidden behind well-rehearsed, shallow apology?

"An Irish State that seems to deny the connection between children of priests and emotional harm, a phenomenon commonly associated with silence, an Irish State that withholds information from an adult regarding their identity, is a society that has not changed all that much. It has just got better at being deceptive and whitewashed over social intolerance with purported equality.

"In a free state, where people do not receive UN-endorsed help, in a state where children are denied access to their identity, can we truly soothe the nations’ anxieties in the wake of the Mother and Baby Home reports, with the words of a Government who refuse children, access to and knowledge of their identity in the twenty-first century?

"Can we trust the words of a Government who repeatedly refuse to acknowledge a human rights violation, who deny to acknowledge it in parliament, whose ministers (in charge of mental health) give only silence toward an issue itself characterised by silence?

"Coping International did not want money from the State, just belief and for them to agree that silencing children regarding their identities is wrong and unjust.

"The formalised position of the Irish State, ignoring this issue, knowingly and wilfully, despite UN pleas’, is a position that fosters further marginalisation of an already, increasingly marginalised group.

"It is not that children of priests are more important than other victims mentioned in the reports. The point is, the dispositions and attitudes that marginalised the women and girls, as well as their children, as late as the mid-90s subsist in the mind of the State, though in a less obvious way, now enacted into legislation that no one will read, drowned out by rhetoric of alleged egalitarianism.

"Each and every woman who passed through the doors of Mother and Baby Homes is deserving of unending support and compassion as well as their children. However, elements highlighted here, convey the reality that intolerance that all these women suffered in equal measure, is alive and well today in Ireland.

"The consensus that no evidence of forced adoption exists betrays the reality that the victims convey, some of whom are my own clients. The very denial of what is true and obvious is itself evidence of that antiquated social intolerance that imprisoned these women and girls to begin with."

*Vincent Doyle explores further the themes he sees as central toward the inhumane treatment of women and girls in the Irish State, as well as globally, in his first book, "Our Fathers: A Phenomenon of Children of Catholic Priests and Religious."  In response to Doyle's persistent focus on this issue, the Vatican said that this is the first time in its two-thousand-year history the Church examines this question regarding children of priests. You can learn more about Vincent Doyle and where to buy his book here.