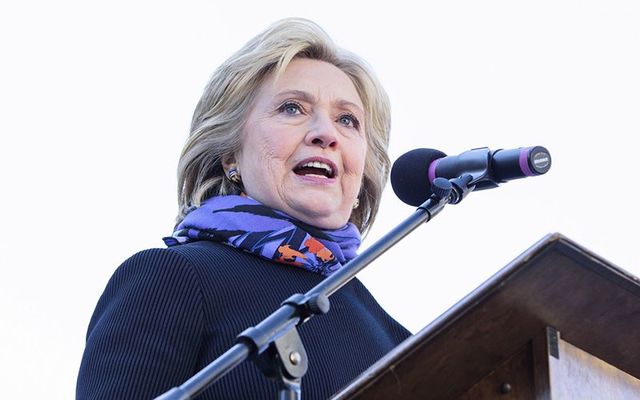 Frankly, I feared this might be another depressing book about a depressing election when Americans preferred a lying con artist to a candidate who wanted a better deal for American working people who have seen their wages and pensions decline in our era of globalization and technology.

Thankfully, Amy Chozick’s book is a fascinating and refreshing read, providing new insights into what went wrong and why. It is also funny and entertaining with many lessons for elections anywhere in the Age of Faux Populism.

Chozick, a street-smart, intelligent Jewish American who grew up in Texas, gives us a rare glimpse into the human dynamics of the Hillary Clinton campaign that prided itself on mastery of demographics, psephology and algorithms which would guarantee winning the White House for the FWP – First Woman President. Chozick reported on Hillary Clinton over an astonishing ten-year period, covering Hillary’s first presidential campaign for the Wall Street Journal before she joined the New York Times. In 2013, Chozick was assigned by the Times to cover Hillary 649 days before Hillary would announce she was running for President again, 1,226 days before she would lose to Trump.

@amychozick in no hold bars Great best selling book #ChasingHillary, Ten Years, Two Presidential She is not shy. Listen to what she tells me https://t.co/9iIX6q00Qb via @YouTube pic.twitter.com/iQ4mcEZKLp

Why did Hillary lose to a celebrity TV star/bankrupt carnival barker? Yes, she won the popular vote by three million votes, but her campaign failed to win key battleground states like Florida, Ohio and Pennsylvania, essential to winning the Electoral College

Many cited the racist anger of white Americans who were being largely treated as politically irrelevant by Hillary’s Brooklyn HQ, thinking she would be elected by a warmed-over coalition of Hispanics, Blacks and feminists. What they didn’t realize was that Obama had been, like Bill Clinton, the candidate of change, whereas Hillary could hardly be the agent of change while tethered to two past presidents.

Chozick reminds us that the American middle class were far angrier in 2016 about their debt and diminished wages and pensions than when Bill Clinton won two terms in the 1990s. Hillary seemed “like Rip van Winkle, awoken after a seven-year slumber to find a vastly different country.” The fact that Hillary was a popular Secretary of State during those years visiting nearly every country in the world counted for little with folks angry that their savings had run out and they couldn’t afford to fix their truck or their teeth. One of Hillary’s pollsters, Mandy Grunewald, wrote that her speeches to Wall Street banks made it sound “like HRC DOESN’T think the game is rigged – only that she recognizes that the public thinks so. They are angry, she isn’t.”

Hillary was not well served by her team who lacked the poetry and savvy populism of James Carville, Bill Clinton’s key adviser in his presidential elections. For example, when the Founder of IrishCentral, Niall O’Dowd, told Bill Clinton in the summer before the 2016 election that he had arranged a speaking engagement for Hillary at the capital of Catholic white America, Notre Dame University, Bill had to let him know that Robby Mook said that white Catholics weren’t the demographic Hillary needed to spend her time talking to. This was by any measure an astonishing mistake and symptomatic of a team headed by the wonkish and remote Mook, who foolishly thought Bill was “a relic, a brilliant tactician of a bygone era.”

Read more: The tale of how Hillary lost the 2016 Election to Trump

Chozick writes, “Robby was an organization man; Bill Clinton the ultimate Enthusiasm guy.” ‘What’s the data and organization for if voters don’t like Hillary?’ Bill would say to anyone who would listen. ‘They need to see the person I know.’” Incidentally, Chozick is married to Bobby Ennis from County Meath.

Mook preferred polling and algorithms to talking and listening to ordinary people. Another campaign leader, the veteran John Podesta, who naively allowed his emails to be hacked, also seemed out of touch, exuding “the gloom of superiority.” By contrast, Chozick admiringly describes Bill Clinton’s performance at a St. Patrick’s Day event in 2016, “Mouths fell open as he extemporaneously wove a speech decrying political polarization into a crescendo with flavors of Yeats: ‘We can never let our hearts turn to stone, and we can never let things fall apart so much that we cannot build a dynamic center where the future of our children counts more than the scars of the past.’”

Hillary finally emerged as a fighter when she addressed the Democratic National Convention in Philadelphia in July of 2016, three months before the election, stressing the progressive issues that had sustained Bernie’s campaign. I saw Hillary in Pittsburgh two days later when she was still on the attack. This was the Hillary who had hung out with the Latina housekeepers in Las Vegas hotels at 1am during the struggling primary against Bernie Sanders. “Bill was right, she needed to run scared,” Chozick observed, “it was the only way for her to tap into a deep reserve of retail-campaigning talent.”

But for some inexplicable reason, Brooklyn decided to go dark in the crucial month of August, which was instead devoted to Hillary raising $143 million from rich donors, creating photo opportunities with the 0.01 percent that were manna from heaven for the Trump campaign. Chozick attributes Hillary’s decision to sit back and hope Trump would implode to Nate Silver, whose Upshot column in the New York Times “predicted that her lead was insurmountable.” Such predictions also gave permission to many disgruntled Democratic supporters of Sanders to abstain from voting for Hillary, thinking she would easily win, but not wanting to give her the satisfaction of a high victory margin.

This book confirms how the Internet has forever changed the dynamic of media reporting, creating an insatiable media appetite 24/7 for scoops or gaffes, anything that will attract eyeballs on websites. The Hillary campaign ignored the old maxim, “The media are like alligators; you don’t have to like them, but you sure have to feed them.” Not only did Hillary’s campaign not like the press, it did not feed them, refusing to give press conferences for months on end.

Trump hated journalists, but he fed them at least twice a day with outrageous Twitter statements that were like cat nip to the press eager for a “Most Read” award for their by-line. One American journalist told me that his organization told him that Trump had to be mentioned in every story because he increased readership exponentially. 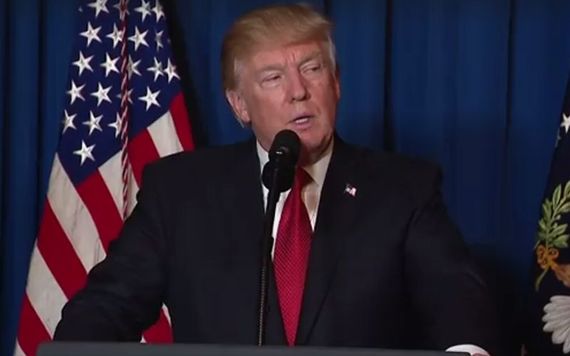 What many powerful politicians and business leaders don’t understand is the eternal nature of the media as explained succinctly by Chozick: “This primal instinct to tell a Good Story, the story that people read and share and talk about breathlessly on cable TV.” She reminds us, “If I wanted to thrive on the politics desk, I would need to do more than feel-good pieces like the ones I’d written on Bill Clinton’s charitable work in Africa … I would need Tension.” Chozick quotes the advice of the former editor of the New York Times Jill Abramson to a female reporter who asked how to come to terms “with the distinctly female instinct to be liked, while also writing tough stories.” She replied, “I always thought you’re either hated or you’re irrelevant.”

Tension is exactly what Hillary and her campaign did not want; hence their hostile attitude to Chozick and her fellow “Travelers” in the media, exuding what David Axelrod dubbed “an unhealthy penchant for privacy.”

Chozick refreshingly admits that journalists aren’t pure. In the chapter, “A Tale of Two Choppers,” she describes how the media lampooned Hillary in 2007 for using a helicopter to campaign in Iowa (“Hill-A-Copter) but fell for Trump’s faux populism when he gave kids free rides on his Sikorsky chopper in 2016 at the Iowa State Fair. “He was the Everyman’s (or the Everyday’s) billionaire … a marketing genius.”

In a warning regarding how the media should cover the next Trump election, Chozick writes: “It wasn’t only that a candidate had to have a penis to pull off the helicopter stunt – though that helped. It was something else, something about Trump and the press and how amusing we found all of it.” This is a them echoed by Michele Wolf at the White House Correspondents’ Dinner recently when she said that Trump has “helped you sell your papers and your books and your TV. You helped create this monster, and now you're profiting off of him."

We have since the election learned how the media and Facebook and Twitter were manipulated by Russian bots and false accounts to spread lies about Hillary and make people on the left and the right distrustful of her. In the chapter, “How I Became an Unwitting Agent of Russian Intelligence,” Chozick quotes a New York Times article concluding: “Every major publication, including the Times, published multiple stories citing the DNC and Podesta emails posted by WikiLeaks, becoming a de facto instrument of Russian intelligence.” Chozick adds that Times columnist David Leonardt “put it best when he wrote, ‘the overhyped coverage of the hacked emails was the media’s worst mistake in 2016 – one sure to be repeated if not properly understood.’” Chozick notes that Hillary could have better handled the revelations of a private email server, “but I would regret – and even resent – that it became the only story.”

In sum, there were many reasons why Trump nosed past Hillary in the crucial states of Florida, Ohio and Pennsylvania, including Russian manipulation through social media of American voters, the Trump campaign and Cambridge Analytica’s manipulation of Facebook data, Russian hacking of Podesta’s emails, voter suppression, FBI Director Comey’s last-minute intervention, and undue media attention to Hillary’s emails. But what surprised Chozick and all the pundits in retrospect was the level of voter anger against the so-called bi-coastal elites: “Competence, preparedness, policy. These were the words the privileged used. Turned out a lot of people just wanted to blow shit up,” she concludes. As Bloomberg’s Michael Schuman noted recently, “Employees working 9 to 5 have simply not benefitted as they should have from improvements in economic performance or corporate profitability. Without fatter paychecks, the average household can’t spend more, and that’s bad for growth.” It’s also a recipe for “strong man” populism and scapegoating unless another FDR emerges to forge a New Deal.

In the light of the fact that two years after the election, Trump’s tax legislation and failure to introduce an infrastructure plan or address low wages has made low-wage Americans even poorer and angrier, a successful Democratic candidate for President in 2020 better look like he/she is going “to blow shit up.”