The tale of how Hillary lost the 2016 Election to Trump

For those who say the Irish have no clout in politics anymore, read New York Times writer Amy Chozick’s wonderful new book Chasing Hillary, about her coverage for over a decade of Hillary Clinton. 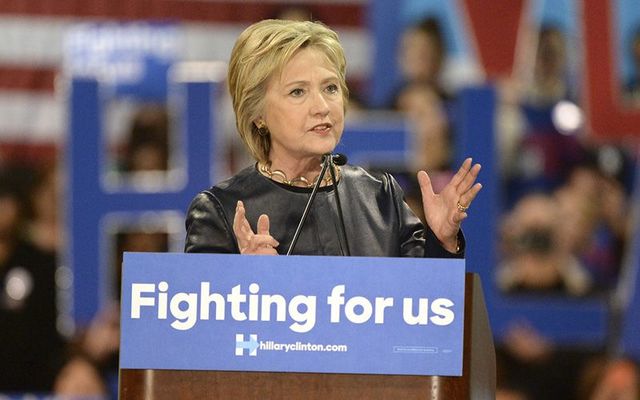 For those who say the Irish have no clout in politics anymore, read New York Times writer Amy Chozick’s wonderful new book Chasing Hillary, about her coverage for over a decade of Hillary Clinton.

At two key moments in the doomed 2016 campaign Chozick, who is married to an Irishman, reaches out to a mysterious figure she names “Sean,” part of Clinton’s Irish support clique.  Sean is first to tell her that Tim Kaine would be Clinton’s vice presidential choice and she scoops the world press with it.

Then, as the consternation and confusion on election night ensues, it is Sean who tells Chozick the unthinkable before it happens: Hillary is about to lose.  Even her editors are stunned with the news when she tells them.

The book itself is full of keen insights and offers the best explanation yet for how Clinton lost. Basically, her key male advisors were as dumb as a box of rocks.

They had made their political calculations based on the finest algorithms a man could muster but they forgot the basics of politics: shoe leather, organizing, get out the vote.

The most maddening part of the book for a Democratic supporter is their dismissal of Bill Clinton, who keeps screaming about the ethnic Catholic vote and the blue collar vote but is a voice in the wilderness.  They don't need the ethnic vote to win they sniff and, by the way, Bill is past it.

They also angered the media, leading to a barrage of negative coverage while the Good Ship Trump floated serenely by, feted in every port of call.

Time and again Chozick is hampered, insulted and cajoled by bullies around Clinton paranoid about what the Times would write. They break the cardinal rule of public relations (at least until Trump): never abuse the press unless you absolutely have to.

Clinton herself comes across as a strangely passive figure, unable or unwilling to bring order to the chaos or see beyond the empty slogans.

Yet she comes across well in the book, despite everything. Her grace under pressure, her debate performances against Trump, her genuine concern for the poorer half of America seems real.

But somehow the message never got out, stalled by a third-rate group of advisors whose main slogan, “I’m With Her,” was so banal it sounded like the title of a sugary pop love tune.

The climactic moment comes on election night when the men who created the algorithms and mathematical calculations, all so finely created like a work of art, realized something desperate had gone wrong.

Suddenly the victory venue in New York looked more like the Titanic’s engine room with every indicator glowing red.  Florida was the first iceberg, and soon the campaign was drowning in them. The “It” boys were shown up as geeks with more knowledge of theorems than tactics.

Amid the wreckage, there are no heroic stories, no soothsayers who saw the coming cataclysm.  Chelsea Clinton and Huma Abedin feel the full brunt of Chozick’s pen, but there are many others who allowed a toxic political novice with no campaign experience to win the White House in astonishing fashion.

The tale of how that happened is well worth reading in Chasing Hillary.