"The consequences of invasions and withdrawals are well known to people like the Irish and Indians who have suffered from such acts." 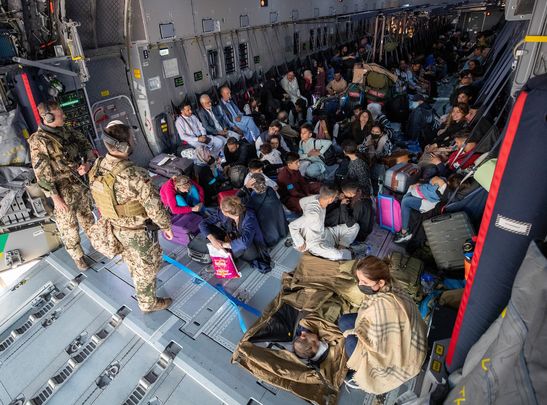 President Joe Biden is catching flak for the panicked exit of America from Afghanistan, but there is plenty of blame to go around. Also, compared to Britain’s bloody withdrawal from India, Afghanistan hardly rates.

Remember, America’s invasion of Afghanistan in 2001 was almost unanimously supported by Americans because it was where Osama bin Laden had plotted the attacks against America. But as James Callaghan, former British prime minister, stated about sending troops into Ireland to quell The Troubles, “We can send them in but we’ll never get them out,” or words to that effect.

America is learning the same lesson. Donald Trump had settled on May 1, 2021, as the beginning date for withdrawal of American forces in return for Taliban sharing the government and no shooting at American soldiers.

It was a foolish move as all the Taliban had to do was wait out the deadline. Biden certainly did not handle the departure well. But let’s not forget that 75 percent of Americans agree with Biden that the U.S. has no role in Afghanistan.

Some foreign media have blasted Biden for the hasty exit, including the London Times which called it a “humiliation” for America. The British, of course, forget their own history of disastrous, hasty withdrawals pretty quickly.

They partitioned Ireland despite no Irish people voting for such a move, but their own retreat from India on August 15, 1947, was an utter disaster, one where you
saw crimes as bad as the Holocaust.

It is instructive to remember that British withdrawal occurred 74 years ago this week, well within the life span of many Hindus and Muslims who lived through it.
After 300 years of the Raj the British decided to abandon India, and so began one of the greatest forced migrations in history.

India was left partitioned into two (eventually three) separate countries. The man who drew the line was Sir Cyril Radcliffe, who had never traveled further than Paris. He got the job from his crony Lord Mountbatten, viceroy of India. You might as well have asked your plumber -- he would have done a better job.

Radcliffe drew the lines in five weeks with no knowledge of what he was doing. He later said, “I had no alternative, the time at my disposal was so short that I could not do a better job. Given the same period, I would do the same thing. However, if I had two to three years, I might have improved on what I did.”

Hindu majority India and Muslim majority Pakistan East (later Bangladesh) and West Pakistan were created with no consultation with Muslim or Hindu leaders.

The lines on the map resulted in 15 million people, Hindu, Sikh, and Muslim, waking up in 1947 on the 15th of August in countries that wanted rid of them. These people fled either to India or Pakistan, the newly created countries for Hindu and Muslim majorities.

Historians estimate between one and two million people were murdered in the ensuing chaos.

Suddenly, communities that had lived peacefully side by side with shared government attacked each other. Mass murders, mass rapes, mass abduction, and
forced conversions followed.

Nisid Hijari, in his 2015 book Midnight’s Furies wrote, “Gangs of killers set whole villages aflame, hacking to death men and children and the aged while carrying off
young women to be raped. Some British soldiers and journalists who had witnessed the Nazi death camps claimed partition’s brutalities were worse: pregnant women had their breasts cut off and babies hacked out of their bellies;
infants were found literally roasted on spits.”

So when we criticize the American withdrawal we should bear in mind that carnage such as what occurred in India will not happen. Countries like Pakistan, which secretly holds the power in Afghanistan, do not want blood baths or foreign aid cut off.

The consequences of invasions and withdrawals are well known to people like the Irish and Indians who have suffered from such acts.

America would do well to remember what history teaches on the subject. Be wary of foreign wars.