Will the 'dernier Brexit cri' be Leo Varadkar and Boris Johnson singing The Sea Around Us as they are feted as the All Saints that got a Brexit deal, in the trick or trick bag, by Oct 31? 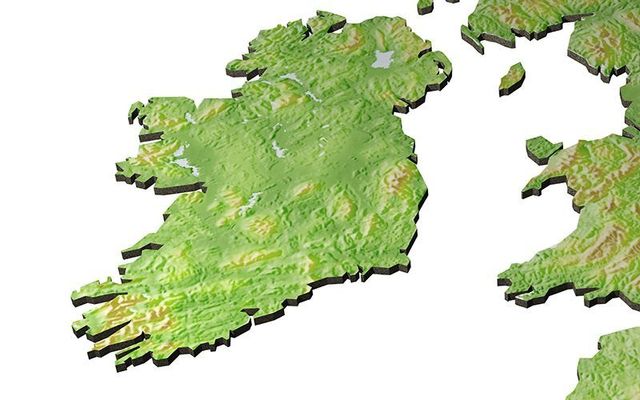 Will the 'dernier Brexit cri' be Leo Varadkar and Boris Johnson singing The Sea Around Us as they are feted as the All Saints that got a Brexit deal, in the trick or trick bag, by Oct 31?

Journalists, statesmen, and politicians, have had widely differing insights on Brexit and its possible outcome since February 2016 when David Cameron announced that an EU referendum would take place on 23 June 2016. In recent weeks I’ve been following the predictions of David McWilliams, Irish economist, author, and broadcaster and he seems to hit more nails on the head than most.

On the week of 7 October, Brexit was in the doldrums, and both Irish/ Britain and Britain/Europe relations were at a 30 year low. On Wednesday 9 October Leo Varadkar and Boris Johnson met at a private meeting behind the closed doors of Thornton Manor in Liverpool and after the meeting, and a walk together in the grounds, a smiling confident Varadkar gave a press conference stating that they ‘could both see a ‘pathway to a deal’. It seemed the impasse had been unblocked, some kind of a common ground or ‘common water’ had been found. Johnson was uncharacteristically silent, which implied that with the clock ticking louder and more insistently on his side of the room, and on his side of potential political disaster, he must have been the one who budged the most.

However, details of the meeting were kept under a shroud of secrecy, protected from the leaks and counter leaks that had been the continuous bane of Brexit negotiations. David McWilliams in his weekly podcast of Oct 15 predicted that Johnson and Varadkar might have come to an agreement on customs regulations with an alternative to the backstop, revisiting the idea of a border down the middle of the Irish Sea, which would allow Northern Ireland and the Republic to be free of the dreaded land border. He also felt the EU had been convinced that Britain had at last come up with a serious enough proposal that would enable Johnson to successfully push it through parliament.

Read more: A Fragile Peace - filmmakers to document Brexit along the Irish border

On Thursday 17 October Downing Street and Brussels announced they had reached a Brexit deal to put to the UK and European parliaments and stated “the backstop has been replaced with a new solution, unique to Northern Ireland recognizing its unique geography, and which protects the all-island economy and access to the single market, and takes account of the democratic wishes of the people in Northern Ireland." The backstop was to be replaced by “a regulatory and customs border which would be drawn in the Irish Sea”.

With this deal Varadkar, Johnson and the EU were happy so who’d been shafted? The DUP feels betrayed by the English. Such a deal will trample on their aspirations of remaining British, the sea border separating them from their beloved ‘homeland’. It seems that Johnson might have realized that things have changed since Margaret Thatcher’s days and a British PM can no longer hang on to the unreal vision of Ulster being ‘as British as Finchley’ and the time for pandering to that kind of mistruth is long past.

McWilliams predicts that there will be a massive reorganization of the DUP, with Arlene Foster being relegated to history by Christmas and Jeffrey Johnson and Nigel Dodds fighting it out for DUP leadership. However, McWilliams feels that even for Northern Ireland the sea border could be an advantage in the long term, leaving NI with a foot in both countries and with peace guaranteed it could be an attractive land that will regain its economic dynamism of yore. The DUP needs to realize that what they apprehend may actually be a blessing in the long term for NI.

The Brexit deal which will be put to the British Parliament on 19 October is very much along the lines predicted in McWilliams in his 15 October podcast. McWilliams also suggested that if Johnson can push this deal through parliament (19 October), the Tories may well go on to win a landslide victory at the election polls.

Over the years McWilliams has made many predictions which have proved correct. Perhaps Dominic Behan’s (Brendan Behan’s brother) song "The Sea Around Us" (written in the 1960s) was also premonitory. Its chorus line ‘The sea, oh the sea is the gradh geal mo croide (Bright Love of My Heart) and the punch line and ‘partition thrown into the ocean’ might well be the ‘dernier cri' in the never-ending Brexit debacle!

"The Sea Around Us"

They say that the lakes of Killarney are fair
That no stream like the Liffey can ever compare,
If its water you want, you'll find nothing more rare
Than the stuff they make down by the ocean.

The sea, oh the sea is the gradh geal mo croide
Long may it stay between England and me
It's a sure guarantee that some hour we'll be free
Oh, thank God we're surrounded by water.

Tom Moore made his "Waters" meet fame and renown
A great lover of anything dressed in a crown
In brandy the bandy old Saxon he1d drown
But throw ne'er a one in the ocean.

The Scots have their Whisky, the Welsh have their speech
And their poets are paid about ten pence a week
Provided no hard words on England they speak
Oh Lord, what a price for devotion.

The Danes came to Ireland with nothing to do
But dream of the plundered old Irish they slew,
"Yen will in yer Vikings" said Brian Boru
And threw them back into the ocean.

Two foreign old monarchs in battle did join
Each wanting his head on the back of a coin;
If the Irish had sense they'd drowned both in the Boyne
And partition thrown into the ocean.