After 1,211 days, three British Prime Ministers, and two deadline extensions, there appears to be light at the end of the Brexit channel. 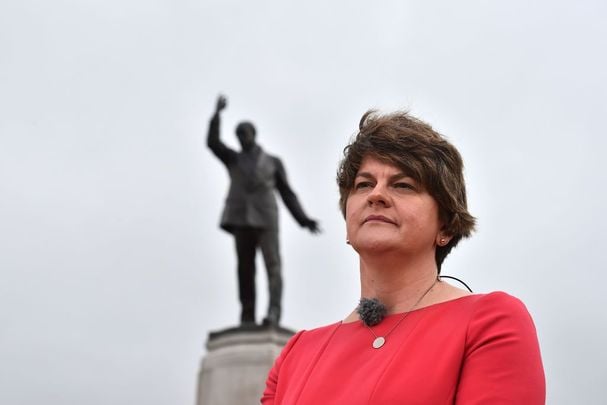 After 1,211 days, three British Prime Ministers, and two deadline extensions, there appears to be light at the end of the Brexit Chunnel.

British Prime Minister Johnson and European Commission President Jean-Claude Juncker have announced their agreement on the second attempt at a Brexit withdrawal agreement.

The agreement removes the most contentious issue of the first agreement, “The Irish Backstop,” which would have kept all of the U.K. in the E.U. customs Union while preserving the current open border between Northern Ireland and the Republic of Ireland.

Britain can now pursue its trade deals, and the peace of the Good Friday Agreement predicated on the integration of the communities of Ireland by the unimpeded flow of people, goods, and services is preserved.

The news of a Brexit deal should be cause for a worldwide sigh of relief; the world’s fifth-largest economy is not going to careen off the Cliffs of Dover in a hard Brexit, twenty-one years of peace and prosperity are not going to have a “Slow Border Post” sign stuck through its heart. However, Brexit may now be facing its biggest hurdle: The Democratic Unionist Party (DUP).

Members of the DUP. Image: RollingNews.ie.

The challenge Mr. Johnson faces in dealing with the DUP is that their arguments are rarely troubled by facts or encumbered by logical consistency.  The most frequent mantra and the one now being shouted the loudest in the context of the new Brexit deal is that there “must be no divergence between Britain and Northern Ireland.”

Northern Ireland already implements strict (and divergent) regulatory checks of livestock arriving from Britain. The DUP has long been a proponent of legislative divergence when it comes to implementing civil rights long accepted in Britain in Northern Ireland.  None of these divergences have ever troubled the DUP, why now should the issue of where customs duties are collected now excite their spleen? The DUP view of "alignment" with the Union is remarkably flexible, stretching to suit the parochial needs of their agenda.

Read more: The Irish border explained: why is it holding up Brexit?

It  must also be noted that the DUP had signaled support for the  proposal to align Northern Ireland with the E.U. on a four-year recurring lease when it appeared that they would have an exclusive veto due to the structure of the power-sharing government; the DUP opposition to the plan only materialized when the current agreement extended the decision to stay or leave E.U. regulation to a simple majority vote.

The reason for this abrupt about-face was masterfully articulated by the DUP sage Sammy Wilson when he stated:” The double majority arrangement is designed to ensure we can never get out of the customs union, given all the other parties are supportive of staying in the EU.”  It is clear that Sammy and his supporters are still dedicated to Northern Ireland’s Gerrymandering past and oppose any election where they cannot control the outcome.

However, the disingenuity award must surely go to the DUP statement made shortly after the announcement of the Brexit deal that the agreement " drives a coach and horses through the professed sanctity of the Belfast agreement.”  This from the only major party not to sign the “Belfast Agreement.”

While the DUP continues to live in a 19th century Lewis Carroll world, “coach and horses” and all, the rest of the world which lives in the 21st century  must decide if they want a managed Brexit that preserve the world economy,  respects the aspiration of the British people to leave the E.U. and preserves the peace of Ireland or to  allow the DUP to take it down the dark rabbit hole of a hard Brexit.