Lying there for ten weeks after breaking my neck I realized, finally, that I wasn’t missing out. 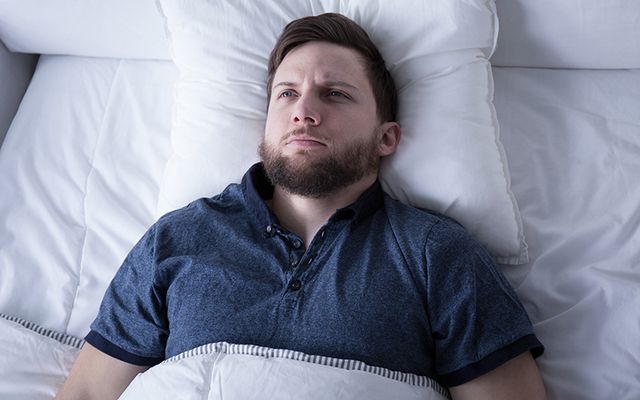 Lying there for ten weeks after breaking my neck I realized, finally, that I wasn’t missing out. iStock

Lying there for ten weeks after breaking my neck I realized, finally, that I wasn’t missing out

When I was 17 years old, I dove into a swimming pool and broke my neck.

Until that moment, I’d been relentlessly active, my days taxed with dread of missing something somewhere. I was on the student council and participated in a wide variety of school clubs. I always secured a part in the school play and rode a unicycle in talent shows. I ran cross-country in the fall, track in the spring and was co-captain of the basketball team in between. I was an honor-student who worked full-time in the summer and caddied most weekends in the spring and early fall, except on certain Sundays when I served as an altar boy. I’d never had a drink or a smoke, and I rarely swore. Yet that pleasant summer day, for reasons still unclear to me, I plunged into a six-foot deep above-ground pool and slammed the top of my head on the sloped concrete bottom.

An hour and a half later, strapped to a stretcher in the Emergency Room, I was told that I’d fractured the fifth cervical vertebra in my neck and there was the possibility of paralysis. That night in a hospital room, two doctors and a nurse screwed two metal pins into the sides of my head. The pins were attached to a half-circle metal bracket, which itself was attached to a weight that hung from the end of the bed. Two small, convex mirrors were suspended above my face so I could see the entire room without moving my head. I was told I’d have to keep my head and shoulders as motionless as possible for the next ten weeks.

Learning to cope with not being able to move

I tried to teach myself the guitar, but flat on my back with braces, mirrors, and weights surrounding me, it proved impossible. I tried to keep up with my school work but tired quickly suspending heavy textbooks in the air. I even worked out with ankle weights on my legs for a few days until my doctor objected.

So, my muscles atrophied, and I fell behind on my schoolwork. I watched television through prism-shaped eyeglasses and, for the first time, did nothing. I suffered a stress ulcer that first week as I adjusted to my new tethered, horizontal existence: backless tee-shirts, milk shake meals, sponge baths and bed pans.

On Wednesdays, student nurses assisted at the hospital. In their early 20s and relatively experienced, these weren’t women with whom I’d normally have had any contact. They changed my bed sheets and clothes and helped me eat, drink and do some mild, bed-bound exercises. Every week a new woman in white walked into my room, sisterly or flirtatious, concerned or carefree. Whether it was the unbroken time together or the physical proximity or the fact that we’d never see each other again, these women often opened up to me. There were half a dozen years and a lifetime of experience between us, and I was, for a day, a student of their loves and hopes and frustrations. I was bound to the bed, venturing with eager questions and a patient ear where I’d never gone before.

My friend Leon visited me nearly every day. He’d enrolled at my Catholic high school after being thrown out of the larger public high school. The rumor was that he’d stolen a boat, but nobody knew that for sure because the record was sealed. He quickly earned a nickname, the Devil, from his gleeful, fearless tormenting of parents, teachers, and coaches.

Leon never came empty handed to my room, bringing me a sandwich or the cassette of a band or comedian I wanted to hear. Leon knew I didn’t like to swear, however, and would only hand them over if I’d yell out a few curses of his choosing. (He was a master of creative phrasing.) One day, Leon stood near the door and enticed me to say some particularly well-selected words as loud as I could. The next thing I heard was the voice of Sister Patricia, our English teacher.

“Hospital life has increased your vocabulary, David,” she said, poking her head in the door.

Undeterred, the good Sister returned every week, usually when Leon was there. I believe she did it on purpose, perhaps trying to tempt the Devil to more virtuous ways. One day, we talked about our dreams for the future. Leon said he intended to run a nightclub in Montreal. I said that I merely wanted to get up from the bed. Sister Patricia confessed that, as a younger girl, she’d wanted to be a trapeze artist. This was a revelation because, in my mind, nuns were supposed to have been born that way. Leon was less impressed.

“So you wanted to be a swinger, Sister?’ he said.

One Friday night two weeks in, the phone rang. A friend had injured his elbow and was in traction a few doors down. He asked if I wanted a beer. I was staring through mirrors at the empty room, going nowhere, missing it all, the risk of paralysis decreasing but not yet passed, and so, for the first time in my life, I said, yes, I would like a beer.

A few minutes later, a blue-jeaned girl with sleepy eyes strolled into my room hiding a Pabst Blue Ribbon in her bag. She popped the top and shared it with me through one of the bendy straws with which I drank everything. She didn’t go to my school, and we’d never met before, but she returned the next night and almost every weekend night after that. In time, we started making out amidst the metal framework that fastened me to the bed. It was perilous and sometimes funny, and things were never quite the same when those obstacles were gone.

Ten weeks after diving into that shallow pool, I walked out of the hospital sporting a metal brace that went from my waist to my chin. Until that time, I’d been taxed with the fear of missing something somewhere. But I’d just spent two and half months on my back, lying still, unable to go anywhere or do anything, and yet candid nurses and circus nuns, a righteous devil and a nimble, sleepy-eyed girl had all found their way to me.

All I had to do was lie there.